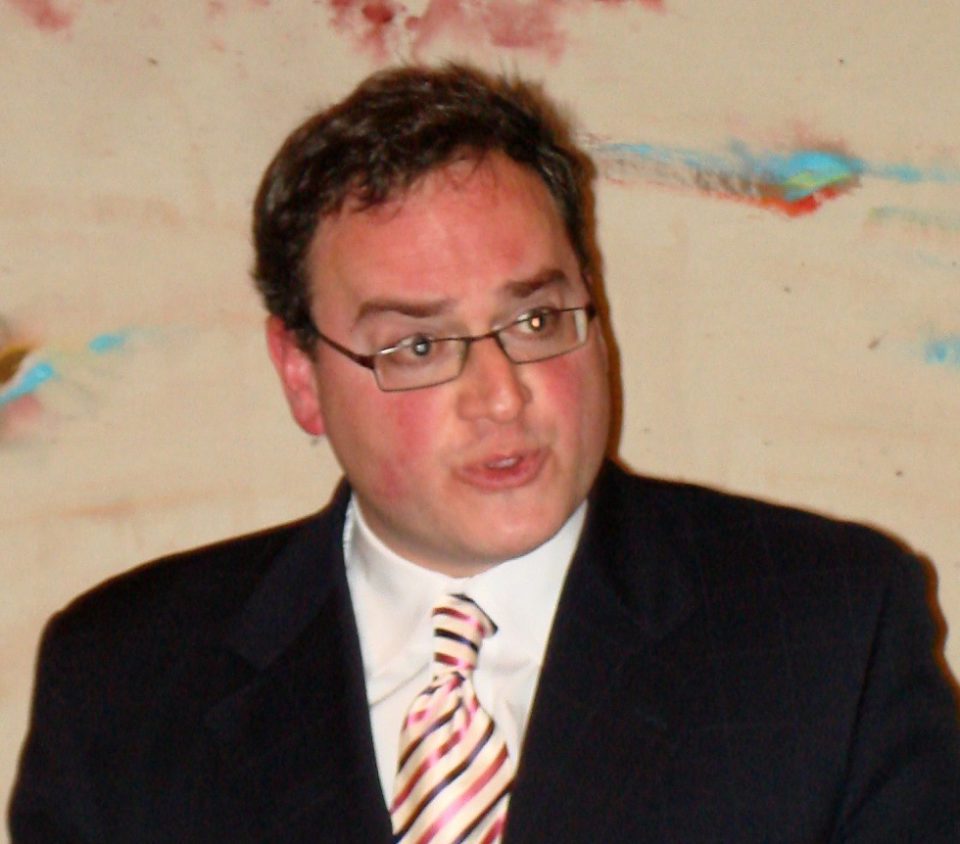 He was previously married to Golda van Messel. The Canadian media personality is also known for being a far-right political activist, writer, and broadcaster. He also founded Western Standard (being its former publisher). The man has become involved in several legal and other controversies on free speech issues. In fact, Ezra Levant has been successfully sued for libel on two separate occasions, while apologies and retractions were issued by him or on his behalf on three other occasions. In rulings for two separate legal cases, judges said of Levant that he has a “reckless disregard for the truth”. If that doesn’t tell you everything you need to know about the man, here are some details that shed light on his life.

Who Is Ezra Levant?

He is a Canadian writer, activist and media personality who became best known as the founder and former publisher of the Western Standard. He has also worked as a columnist for Sun Media and as a host on the Sun News Network.

In 2010, he wrote a column accusing entrepreneur George Soros of funding an organization that lobbied against Sun Media.

Levant was born to an Ashkenazi Jewish family in Calgary, Alberta. His full name is Ezra Isaac Levant and his great-grandfather emigrated to Canada in 1903 from Russia to establish a homestead near Drumheller, Alberta.

Levant grew up in a suburb of Calgary and went to the Calgary Hebrew School in his childhood before transferring to a public junior high school.

Levant campaigned for the Reform Party of Canada as a teenager and joined it as a university student. From 1990 to 1993, while at the University of Calgary, his two-person team won the “best debating” category in the Inter-Collegiate Business Competition held at Queen’s University. The first two of those years, his debate partner was the future Calgary mayor Naheed Nenshi. The future writer had subsequently accused Nenshi, who is Ismaili, of “anti-Christian bigotry” as mayor.

In 1994, he was featured in an article in The Globe and Mail on young conservatives after accusing the University of Alberta of racism for instituting an affirmative action program of hiring women and aboriginal professors. His actions outraged aboriginal law students, feminists, and a number of professors, and he was called to a meeting with the assistant dean who advised him of the university’s non-academic code of conduct and defamation laws. As head of the university’s speakers committee, a young Ezra organized a debate between Doug Christie, a lawyer known for his advocacy in defence of Holocaust deniers and accused Nazi war criminals, and Thomas Kuttner, who is a Jewish lawyer from the New Brunswick Human Rights Commission.

Later on,  a young Ezra was invited to write a guest column for the Edmonton Journal and interviewed on television.

He spent the summer of 1994 in Washington, DC, in an internship arranged by the libertarian Koch Summer Fellow Program. The future writer and media personality worked for the Fraser Institute in 1995, writing Youthquake, which argued for smaller government, including privatization of the Canada Pension Plan.

Levant was famously using the term “youthquake”, a term he used to describe what he identified as a conservative youth movement of the 1990s, as similar to the 1960s civil rights movement except that instead of being enslaved by racism, his generation was “enslaved by debt”.

So to find liberation, his view was that society needed to dismantle elements such as trade unions, the minimum wage, universal health care, subsidized tuition, and public pension plans.

The writer and media personality has written several books on politics and public policy. One of which is Shakedown: How our government is undermining democracy in the name of human rights which was a 2009 polemic against human rights commissions operated by the federal and provincial governments in Canada.

He also wrote Ethical Oil: The Case for Canada’s Oil Sands in 2010, which argued a moral case for developing the Athabasca oil sands rather than importing oil from nations with bad records concerning human rights and the environment and won the 2011 National Business Book Award.

More recently Ezra Levant published Groundswell: The Case for Fracking in 2014 which argues in favour of hydraulic fracturing, a method of extracting fossil fuels from deep rock formations. All three books were published by McClelland & Stewart.

Not only is Levant a writer, but he is a lawyer who was called to the Bar in 2000 and began practising law, working in a law firm for less than two years, but ceased his practice around 2003 in order to pursue interests in politics and the media. Though a non-practising lawyer, Ezra Levant kept his membership in the Law Society of Alberta until 2016 when he resigned. Levant had been the subject of 26 complaints to the Law Society since 2004 as a result of his public statements and political activities. 24 of the complaints were dismissed and the final two were pending when he resigned.

In 2004, Ezra Levant famously co-founded the Western Standard, an Alberta-based magazine with an emphasis on Western Canada and political conservatism. In October 2007, the magazine ceased publication of its print edition after failing to become profitable, becoming an online magazine. The Jewish Canadian later sold the publication’s remaining assets to Matthew Johnson, the former legislative aide to Rahim Jaffer.

The Canadian media personality and author then went on to write an irregular column for the Calgary Sun for ten years. This continued until he was dropped in October 2007 because of “internal decisions.”

He was determined to write occasional columns for the National Post on a freelance basis and stopped this job in 2010.

A Muslim by the name of Syed Soharwardy from the Islamic Supreme Council of Canada and the Edmonton Council of Muslim Communities complained about the publication to the Alberta Human Rights and Citizenship Commission and a hearing was established for January 2008. On the day of the hearing, Levant republished the cartoons on his website.

At the request of Ezra Levant and his lawyers, Levant was allowed to videotape his interview with Shirlene McGovern, a human rights investigator with the Alberta Human Rights Commission. Ezra Levant later published that video on YouTube. Soharwardy’s complaint was ultimately withdrawn, and a complaint he filed with Calgary police came to naught. An identical complaint by the Edmonton Muslim Council was dismissed by the Commission on August 5, 2008.

Between 2009 to 2010, Levant worked as a lobbyist for Rothman’s Incorporated, a manufacturer and distributor of tobacco products.

Levant has also worked as a lobbyist for the Alberta oil and gas industry, specifically for Achieve Energy Services Limited Partnership.

In March 2010, Levant accompanied fellow conservative personality Ann Coulter on a Canadian speaking tour. Her speech at the University of Ottawa was canceled at the last minute, apparently by its organizers, because of what Levant claimed was “physical danger to Coulter and the audience” from protesters. The Ottawa Police later disputed any claims of unrest or violence.

In 2010, Levant joined Sun Media as a columnist and was given an on-air position on its Sun News Network as host of The Source, an evening talk show, when that channel launched in April 2011.  On February 13, 2015, Sun News Network was shut down, hence terminating The Source. His column for QMI/Sun Media ended at the same time.

After the end of Sun News Network, on February 16, 2015 the media personality famously launched The Rebel website with a YouTube channel.

Here, he uploaded videos produced by himself and other former Sun News Network personalities. Brian Lilley and Marissa Semkiw had joined the project early on, Lilley as cofounder, however, both eventually left their positions; Michael Coren briefly joined but left after a week.

On several occasions, different reporters joined the project since its creation. Its creator, Ezra Levant argued that its online production would be unencumbered by the regulatory and distribution difficulties faced by Sun News Network and that its lower production costs would make it more viable. A crowdfunding campaign raised $100,000 for the project. On April 17, 2018, The Rebel Media had over 903,000 subscribers on its YouTube Channel. In 2017, The Rebel has repeatedly been the object of controversy, including advertising boycott campaigns in Canada and the UK, the loss of several well-known contributors, and the cancellation under the pressure of a planned Caribbean cruise featuring The Rebel personalities. As of May 2018, he has hosted a YouTube super chat show called Battleground, which airs weekdays at 18:00 UK, 12:00 EST.

“When I first heard of the alt-right a year ago, I thought it simply meant the insurgent right, the politically-incorrect right, the grassroots right, the nationalistic right. But the alt-right has changed into something new, since Trump’s election. Now the leading figure – at least in terms of media attention – is Richard Spencer and other white nationalists. By that I mean people whose central organizing political principle is race…There were actually some Nazi swastika flags in Charlottesville. Whether or not they were being genuinely carried, or carried by agents provocateurs trying to embarrass the alt-right isn’t even important. They were there. And Spencer’s torch-lit walk had other Nazi symbology, including the ‘Sieg Heil’ arm salute, and the chant of ‘blood and soul’ – which was a slogan popularized by the Nazis. Sorry, that’s not conservative, that’s just racist, and I think it’s unpatriotic to mimic one of America’s greatest historical enemies”.

16 Reasons Why You Should Consider Studying Abroad

Chemical Peel Treatment for Glowing Skin: Everything You Need to Know