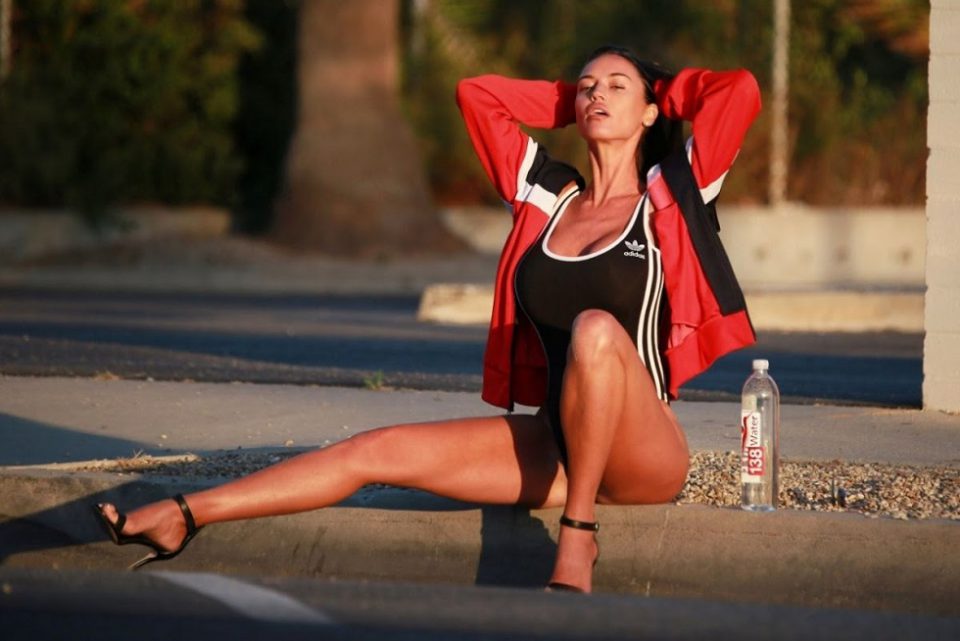 Charlie Riina is a glamorous Canadian model, actress, politician and humanitarian activist. Charlie Riina was born Ania Krosinska in Poland but she moved to Canada at a very young age.

When was Charlie Riina born?

Charlie Riina was born on January 4, 1984. She shares her birthday with famous physicist Sir Isaac Newton and vocalist of the German metal band Rammstein, Till Lindemann.

What is Charlie Riina’s real name?

Charlie Riina’s real name is Ania Krosinska. She is of Polish descent.

How did Charlie Riina start her career?

After winning awards in Canada for chess, she went on to study Criminology and Forensic Sciences at the University of Toronto in the Province of Ontario, Canada. Charlie Riina was scouted by Elite and Ford modelling agencies before she went to achieve some success in beauty pageants. Riina was twice Miss Hawaiian Tropic, and was also crowned Miss Toronto.

After appearing on the cover of Playboy magazine (United States) in 2011, she has been featured twice on Playboy’s online version, and she has appeared on the cover of Playboy’s Poland, Slovakia, Hungary editions. Charlie Riina earned the title of “Playmate” (featured as the centerfold in the magazine) on more than one occasion, and she was named “Playmate of the Year” for Slovakia in 2016. In 2015, Riina was featured in the GQ magazine, Esquire magazine, and FHM, including a multiple-page feature in the special international edition “Girls of FHM”. In 2016, she was featured in Maxim magazine, and was also featured as Sports Illustrated’s “Lovely Lady of the Day”. In 2017, Riina was featured in Lifestyle for Men magazine.

What is Charlie Riina’s height?

What is Charlie Riina’s bust size?

What is Charlie Riina’s net worth?

Charlie Riina’s estimated net worth is $1 million. A majority of that wealth comes from her career as an internet celebrity and her work as a glamour model. She is trying to build a career in politics now.

Which movies has Charlie Riina acted in?

Charlie Riina has been active in conservative politics in the Toronto area under her given name, Ania Krosinska.

In 2016, Riina stood in a provincial by-election under the name Ania Krosinska in the riding of the Scarborough-Rouge River with the minor right-wing Trillium Party. Riina placed last with 36 votes (0.14%).

In 2019, Riina stood for federal office, contesting the riding of Humber River–Black Creek with the right-wing Peoples Party of Canada. Riina placed 5 out of 7 candidates with 402 votes

Charlie Riina, born Ania Krosinska, was the PPC’s new candidate in Humber River-Black Creek, a riding near Toronto. She took to instagram to announce her candidacy to her horde of Instagram followers.

The chess playing model grew up in Canada and attended the University of Toronto. A former Miss Toronto, she became a model for many brands and magazines including Playboy and has made several appearances on the magazine’s cover of the magazine since 2011.

She was named Playboy’s International Playmate of the Year in 2016.

This isn’t her first venture into politics, though. Charlie Riina was a candidate for the Trillium Party of Ontario in 2016. In fact, she said her journey as a playmate had allowed her to complete projects to help her community.

She also describes herself as a humanitarian activist. Riina studied criminology and forensic science at the University of Toronto.

Charlie Riina can set pulses racing with her racy photoshoots. With almost 700k followers on Instagram, Charlie Riina’s pictures can set temperatures soaring all over the world. Here are the 11 hottest pictures of the Playboy model turned politician.

So that was a brief snapshot of Charlie Riina’s life, along with a gallery of 11 of her hottest pictures. This beauty with brains isn’t looking to titillate people with her hotness, she is also looking forward to making a difference in the world through her humanitarian activism.