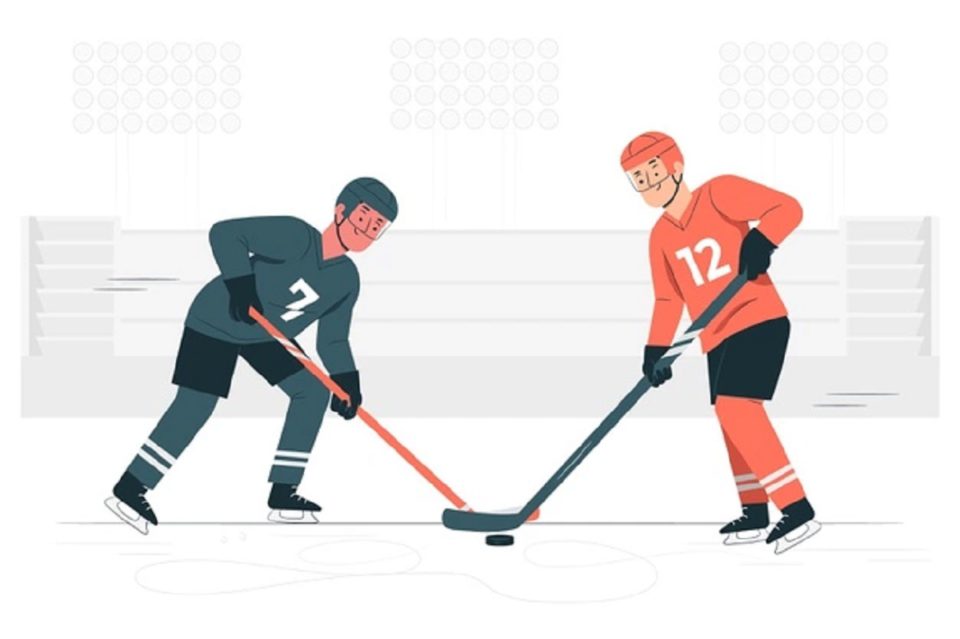 Hockey is one of the most renowned, beloved, and respected sports in the world. It’s also known as an incredibly tough sport to play or follow. Players actively try to hurt one another causing many injuries and fans go mad trying to follow the events. And even the most seasoned hockey fans might not know some of these facts. From the colorful past of trophies to funny details about pucks, here are 7 things we bet you never knew about hockey! Whether you’re a new hockey fan or have been following the game for a while, you may still not know some of these fun details.

1. One of the most important objects in hockey used to be made of a very… polarizing material, let’s say. As you probably already know, today hockey pucksare made of vulcanized rubber. But this was not always the case. According to reports, when hockey was a rather young game, things were a bit different. The first pucks used in the 1800s are said to have been made of frozen cow faeces. You bet modern players have got to be incredibly happy for that small change of detail! Luckily for all of them, modern pucks are just rubber. The first rubber pucks, by the way, were made from sliced up lacrosse balls. Now, of course, it’s rubber that is frozen right before the match to prevent them from bouncing during the game.

2. A rather fun pastime is snacking right from the legendary trophy – a champion’s snack. As you may know, each member of a Stanley Cup winning team gets a personal day with the Cup. Sounds fair, doesn’t it? It only makes sense for each of them to enjoy the fruits of their labors if even for a day. Actually, many of them even take part in the tradition of filling the Cup with food and snacking right from inside the Cup! As of now, the list of snacks eaten from the Cup includes cereal, poutine, ice cream, chicken wings, and meatballs. Wonder how it must feel – to be snacking from the legendary Cup after achieving such a milestone.

3. An odd one is the story about the one-dollar man – the only hockey player sold for one dollar. Kris Draper, the previously Winning Jets player was sold to the Detroit Red Wings for literally a single dollar. You would think it was a joke or maybe that he was a terrible player, but you’d actually be wrong. His previous team simply did not like something about Draper or his style of playing and basically wanted to be rid of him. But the rules demanded that Detroit pay something in return, and so a dollar it was. Draper then went on to prove his previous team wrong and helped Detroit win four Stanley Cup titles, showing his true value to any team.

4. The Stanley Cup has had an interesting past. It was first donated by a Canadian Governor General in the late 1800s. After that, the Cup has been through so much, it’s a wonder it’s even still around! It was actually once left by the side of the road by the Montreal Canadiens who were on their way to victory celebration when they got a flat tire. They took the Cup out of the trunk to change the tire but forgot to put the Cup back later on and left without it. Luckily when they came back, the Cup was still there, waiting for the victors. Must have been a lucky season for them, huh? The Cup has also been lost on an airplane flight and even thrown into a swimming pool. Luckily for all hockey lovers, it’s managed to survive all tests and has stayed as the shining symbol of victory for any team.

5. Like in any sport, hockey has its famous incidents and records. Some are really impressive and unique. Among the most impressive hockey records is Mario Lemieux’s five unusual scores. The Pittsburgh player scored five different ways in a single match on December 31, 1988. One goal was at even strength, another was shorthanded. He got one on the power play, one on a penalty shot, and one into an empty net as only one second was left in the game. Lemieux is the only NHL player who has ever scored “five goals, five ways” in a single game.

6. Can you believe that an NHL game was once cancelled due to rain? We know, it seems rather unlikely, impossible even, considering how, despite its overall roughness, hockey is still an indoor game! But in March of 1995, it rained so heavily in San Jose that it caused the flooding of the river near the San Jose Sharks’ arena. Because of this, getting to the arena was too dangerous and risky, so the hockey game was called off. And yes, maybe it’s not entirely due to rain, but the rain did cause, even indirectly, the match’s cancelation. As of yet, this was the first and last time an NHL game has been called off due to rain. But the way nature has been acting up the last couple of years, who knows, a hockey arena might just get flooded again.

7. While we all know very well that hockey is a rough game and it’s often the cause of injury and pain, we rarely hear about the referees being the ones suffering the injury. But as it turns out, before 1906 hockey rulesdictated that refs had to place the pucks on the ice for players to face off, not drop them. Naturally, this made it pretty difficult for the referee because each player would try to get the puck and injure the ref with his hockey stick while at it. After 1906 the rule was fortunately changed and the ref could now just drop the puck in order to avoid getting cut, bruised, or injured. Yes, that’s right, hockey is a pretty tough game for everyone involved.

We’ve all now seen the highs and the lows, the ups and downs. Hockey is a complex thing, there’s lighthearted fun and then there’s serious injury, but at the end of the day, it’s above all else a sport and we can gamble on it! True, you cannot bet to see what travesties will fall on the Cup this time around or will any player be sold for less than the one-dollar man, you can bet on hockey as a whole. And if you’re a new fan of the game or new to betting, no worries! There’s lots of options out there that are designed to increase your comfort and make your fun last. There’s many ready-made options of multiple bets available. And websites like Vbet have a cool feature that allows you to get higher odds by placing multiple bets.

How Netflix Changed the Landscape of Canadian Media