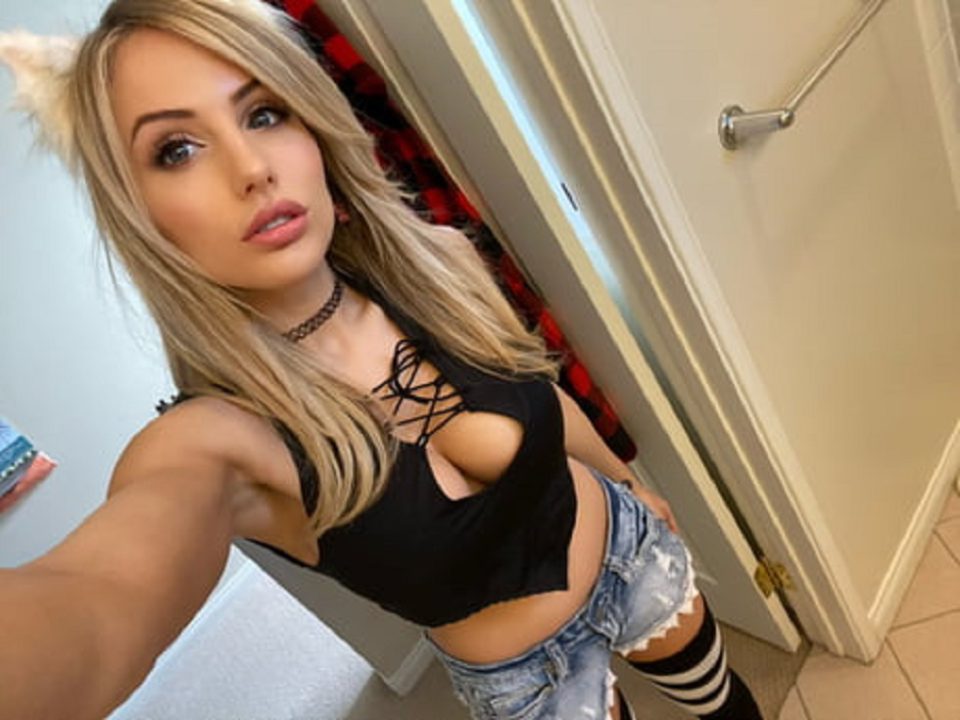 Voted IGN’s Best Cosplay at Wondercon 2012, Liz Katz is a gamer, photographer and cosplay model who became well-known in the gaming community. In 2016, Liz founded her own self-titled company specializing in modeling and photography. She has been passionate about gaming since the age of 2. She used video games as an escape as a kid. But did you know these 3 crazy things about her that happened this year?

In 2020, Liz Katz revealed an ongoing issue with a cyberstalker, who has forced her to increase her “home and office security” thanks to his unwelcome advances.

With a following of over 200 thousand on Twitter and over 1 million on Instagram – a recurring issue with one of these followers has forced the famous cosplayer to address to the public about a “delusional” fan.

In a detailed Twitter thread, she revealed how an enamored man has been taking steps to get closer to her, even though she has repeatedly denied his fantasies of a romantic relationship.

“I’ve been dealing with a delusional cyberstalker for nearly a year,” she admitted in a Tweet on January 23. “I do not know this person and they do not know me. Yet they are convinced we are in a relationship and that I had been sending them secret messages through my content.”

She mentioned how the stalker would have lengthy conversations with himself in her public message inbox. There, she found photos evidently showing he was prepared to make a life-changing move to California “in an effort to be closer to me for our ‘relationship.’”

Shifting closer to her house is definitely not an ideal situation so Katz eventually responded to him, talking him down and pointing out that her posts held no hidden subtext for him or anyone else.

A mental health advocate herself, Katz suggested he seek a professional for help, and that “things cooled off for a while”.

After a period of silence, he reappeared as a normal fan again, but the messages quickly turned to their previous, concerning stalker type messages. Once again, she expressed her discomfort to him. He apologized, and another period of silence ensued.

This cycle is bound to continue because anything and everything she posts can be misconstrued.

Since he’d already pitched the idea of moving to California to be with her, she believes he was further encouraged by a January 12 Instagram post in which the cosplayer is dancing in a Harley Quinn-inspired costume to the tune of “Freak” by Lana Del Rey.

“Baby, if you wanna leave / Come to California, be a freak like me, too,” the lyrics say.

This ended up being the tipping point for Katz, who has informed authorities about the man and has been confining herself to her home by “limiting my time outside.”

2. Liz Katz Went Topless For A Metaphorical ‘Brunch With the Girls’

Cosplay model and Instagram star Liz Katz misses going out for brunch celebrations with her girlfriends so she took to Instagram to share a sexy photo with her 1.2 million followers.

“The closest I’ll get to brunch with ‘the girls’ this year,” the model wrote while dropping a topless shot of herself covering up her curvy figure with a well-placed handbra.

She probably did this for two reasons earlier this year. One was to drop hints about her tiny baby bump and second is to document her body before she grew bigger because we all know that pregnancy takes a toll on one’s body shape taking years to return back to normal.

3. The Pregnant Model Calls Out the ‘Freaks’ Who Love Her Curvy Look

32-year-old Liz is pregnant with her child and has been quick to show off her growing baby bump to her millions of fans on social media. Recently, Liz took to Instagram to bring some attention to those fans who can’t get enough of her pregnancy curves.

While showing off her figure in a skin-tight dress that showcased her cleavage, along with a growing baby bump, Liz asked her fans:

“Anyone else a freak and low key digging this look?”

The cosplay model got an avalanche of positive feedback on her social media feed.

“Low key nothing. It’s like my number one thing,” one fan commented.

“No disrespect but you may be the hottest expecting mother I’ve ever seen! Well except my wife of course!” another excited fan responded.

The photo ended up with over 50,000 likes, so it was pretty clear that people are digging the bump.

Liz has been very open about her pregnancy, revealing the father to be popular YouTube star H2ODelirious. Even though many of her fans love Liz’s physical changes, she’s having some issues and has been open about the emotional rollercoaster.

“Feeling so round that I don’t have a point,” she recently wrote alongside a photo showing off her growing belly.

One fan asked how the model “keeps herself together” during pregnancy, and Liz gave a great response, explaining:

“just keeping active! Moving is easy but it’s getting up and down that’s hard. It requires a verbal series of grunts to go from laying to standing.”

Even though Liz has revealed that she is over 6 months along in her pregnancy, she hasn’t given fans a due date just yet. That being said, she may have given some insight to when the baby is due during a recent post about future adventures:

“I’m ready for summer. It’s been rough these past few months for us all. I know summer isn’t going to be all rainbows but looking forward to the new adventures it may bring,” Liz wrote.

While she is obviously referring to the quarantine and turmoil going on in America, it also sounds like she’s ready to take on the “new adventures” of bringing her baby into the world.

Justin Trudeau: 7 Intriguing Insights Into His Life and Career!

10 Advantages of Video Marketing for Your Business