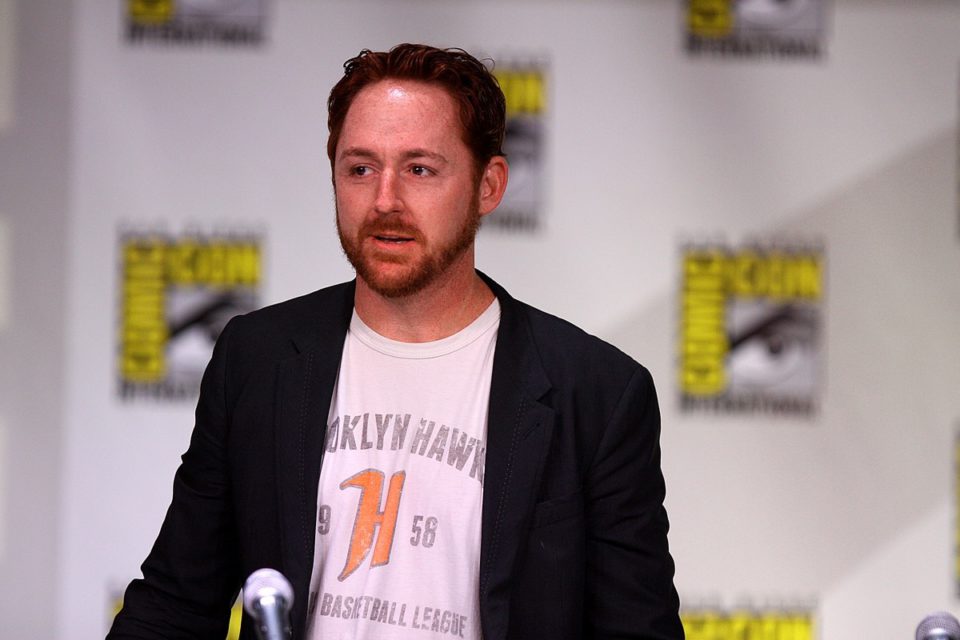 Massachusetts’ own Scott Grimes is an American film, television, and voice actor, singer, and songwriter who began acting at the age of 13. The Boston native is best known for playing the role of Dr. Archie Morris in the television series ER and for his role as Bradley Brown in the first two Critters movies. This actor is also famous for the role of Steve Smith in the animated series American Dad!, where he voiced the role for 12 years. Since 2017, he has been a regular on Fox’s comedy-drama, The Orville as Lt. Gordon Malloy. So far we’ve only covered some of his acting roles, if you want to know about his musical career, just keep reading!

1. Scott Grimes is very into music:

In addition to his acting career, American actor, singer and musician Scott Grimes was first spotted by a local Boston radio station. He is only 13 years old, but already has a vocal gift that allows him to consider a great career as a singer

As a singer, Grimes gained fame for co-writing and performing the soft rock single called “Sunset Blvd”, which existed for several weeks on the Billboard charts.

Scott would also be one of four singers in Russell Crowe’s Indoor Garden Party.

In 2005 he released his album Livin’ on the run, which was only released in the United States. The music is strongly reminiscent of well-established singers or bands such as Matchbox Twenty or Bryan Adams. According to his own statements, Bruce Springsteen had a further musical influence on him. Both of the singles from the album listed below have made it straight to the US charts:

Scott Grimes released his second album Drive on the Madjak Entertainment Inc. label, in 2010 which, unlike the first album, is also available outside the United States via iTunes.

Grimes has also had the opportunity to show his singing skills as part of his acting work: In the eleventh episode of the second season of The Orville (“The Time Capsule”), produced in 2019. Grimes also sang in a club scene simulated in the holodeck in a duet with a singing partner.

Scott Richard Grimes was born July 9, 1971 in Lowell, Massachusetts to his father Rick and his mother Pam.

His siblings also both now act as Scott’s older sister, Heather Grimes (b. 1970), is a little-known actress who starred in one TV movie and four episodes of three TV series from 1991-1996. Scott’s niece is the famous actress Camryn Grimes is known for her roles as Cassie Newman and Mariah Copeland on The Young and the Restless.

Scott spent a significant part of his youth in the town of Dracut in the same state, where he graduated from high school. He gained his first acting experience at a young age.

In 1984, at the age of 13, he starred alongside Mickey Rooney in a television film called A Doctor’s Story.

In 1986, he starred in the horror-comedy Critters as Brad Brown. increase his notoriety as a young actor. Also in the sequel Critters 2 – They return (1988), he appeared again as Brad Brown; there for the first time in a leading role. A year later, Grimes was able to play the leading role again in the horror film Nightlife.

After many lead roles, Grimes’ career as a film actor largely fell asleep for a long time and instead many appearances in various television series followed. He is particularly well-known for his role as Will McCorkle in Party of Five (1994-2000) and as the doctor Dr. Archie Morris from Emergency Room (2003 – 2009).

But in terms of regularity, Grimes also became well-known through his participation in the cartoon series American Dad, in which he still lends his voice to the main character Steve Smith for a period of 12 years.

In 2010, after a good twenty years, Grimes again had a major film role in Ridley Scott’s Robin Hood, in which he embodied Will Scarlet for the dark comedy.

In December 2011, he married Megan Moore until they filed for divorce in October 2017.

At San Diego Comic-Con in 2018, it was revealed that he was dating his Orville co-star Adrianne Palicki whom he met while filming the sci-fi television series The Orville.

Adrianne Palicki and Grimes went public with their engagement in January 2019, and married in Austin, Texas on May 19, 2019. Two months later, in July 2019, Palicki filed for divorce, but was dismissed in November. The couple separated again in June 2020, with Palicki filing once again for divorce in July.

6. Why is Scott Grimes famous?

How to Increase Your Mental Acuity With Online Games