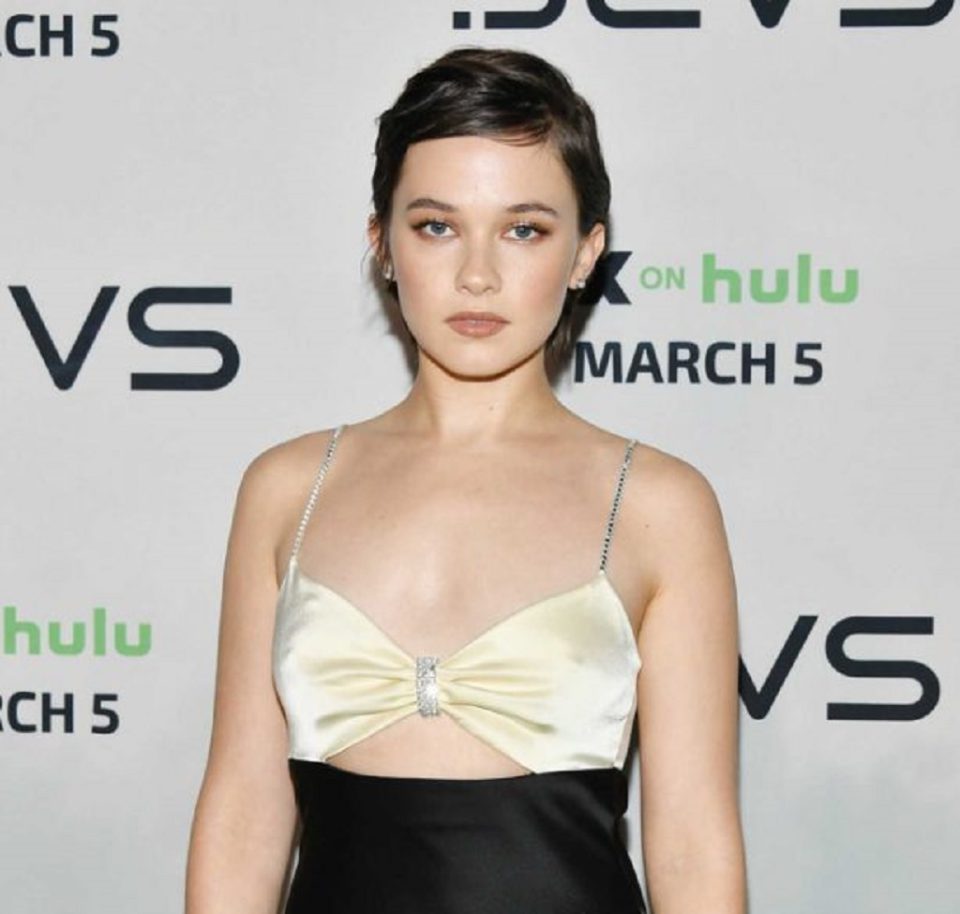 In this article, you can learn about Cailee Spaeny’s career and private life facts. The young actress started her career with 3 films that were a hit such as Counting to 1000, The Shoes which was a short film released in the US, and Pacific Rim 2. The American actress’s debut was as Erica in the 2016 short film, Counting to 1000, but her major role was in the 2018 Steven S. DeKnight film Pacific Rim:Uprising opposite John Boyega and Scott Eastwood.

Cailee Spaeny came into this world in Springfield, Missouri.

She has nine siblings and has loved the theater since she was very young.

During her childhood, she performed at the Springfield Little Theater. During the 2013-2014 season, she was trusted to defend the lead role Ariel in the play Little Mermaid based on Disney’s animated hit.

2. Here’s how she would spend her final day on earth:

“I think I would just chill out, have all my closest friends, eat all the good food and then take a group nap”.

3. Cailee Spaeny is an artist:

On her website, she once wrote: “Art is tangible when it comes from an honest place. This desire to create art honestly pushes me to become an artist whenever I have the chance. ”

The American also enjoys recording music and singing. To this end, she proposed the piece “Fallin” in 2016.

When she takes the time to breathe, Cailee Spaeny of course enjoys creating music, but also taking photos.

Her culinary pleasure is the Cracker Barrel mashed potato recipe.

4. This is her biggest pinch-me moment:

“Whenever they made a cheesesteak for Mare of Easttown, that was when it hit me. Like, whoa, there’s a sandwich named after the show! It was also the first time I got recognized, and people wanted to come up and give me a hug because my character was found dead in a river and they felt bad. It’s like, I’m not dead!”

5. Her first real visibility on the screens of cinemas:

She took part in the shooting of her first project, the short film Counting to 1000, proposed in 2016. The actress then obtained more visibility with the release of the blockbuster Pacific Rim Uprising ( 2018).

The Missouri teen said that thinking back her young self hustled and was doing (pretty much) everything to get there. Cailee Spaeny said she was proud of herself but wishes that she relaxed a bit through the journey:

“It hasn’t been that long since she was out there doing theater or working at a theme park. But I would say to relax a little bit more and breathe through it. I was always thinking one step ahead, which I think is a big reason why I got to where I am, but I also was never enjoying the moment. I’m still a kid; I’m only 23. I just want to take it all in because it goes by so fast”.

She was then able to follow in front of the cameras of the biographical drama On The Basis of Sex carried by Felicity Jones, as well as the acclaimed dramatic and biographical comedy Vice whose headliner was Christian Bale.

6. She was replaced by Ruby Cruz in an important role in Willow:

Adapted from Ron Howard’s film with Warwick Davis, the series will be one of the events of the Disney+ streaming platform in 2022.

According to Deadline, Ruby Cruz (Castle Rock) will play Kit, one of the main roles of the series along with Ellie Bamber (Nocturnal Animals), Erin Kellyman (Solo: A Star Wars Story, Falcon and Soldier of Winter) and Tony Revolori  (Spider-Man). She replaces Cailee Spaeny who was to play this role but who gave up for unknown reasons.

The story of the Willow series would focus on a group on a mission to save a kidnapped prince. We would therefore find as characters first of all Dove (Ellie Bamber), an unpretentious housekeeper who proves that she is “the chosen one” while she sets out on a journey. She is joined by Kit (Ruby Cruz ), the princess whose twin brother has been kidnapped, but finally she is destined to be a leader and eventually the queen. Eryn Kellyman plays Jade, a maid who is Kit’s best friend and moral compass.

In theory, both are completely different. Lister-Jones, 39, grew up in Brooklyn and has starred in and directed comedy series and movies. Spaeny, meanwhile, is a 24-year-old up-and-coming actress from Springfield, Missouri, just beginning to make a name for herself in television and film – most famous for playing the unfortunate Erin McMenamin in the miniseries “Mare from Easttown.”

“It’s always very exciting to see someone with such incredible talent and screen presence who is also a thoughtful and sensitive person,” said Lister-Jones. “We had an immediate connection…It feels like an old and very deep friendship.”

8. They bonded during the pandemic for their movie “How It Ends”:

When they finished “The Craft: Legacy” in January 2020 and the lockdown began in March, the two began taking long walks together and engaging in conversations about how to bring out the trauma and their inner child.

“How It Ends,” tells the story of Liza (played by Lister-Jones) taking a cathartic walking tour of Los Angeles with her younger self ( played by Spaeny) the day before a meteor destroys planet Earth.

Lister-Jones and her husband, Daryl Wein, who co-wrote and co-directed the film, had been doing many virtual therapy sessions in their early 40s and were concerned about the future of cinema and when they might make art again. So they challenged themselves to create something that was safe and hopefully healing for both themselves and the audience.

For the actors, it ended up being an emotional experience and it was the first time that many had left their homes since the pandemic began. Lister-Jones’s husband, Daryl Wein even drove his car for the first time since the lockdown while others filmed in their own backyards during the lockdown with their own wardrobe, hairstyle, and makeup. The film crew was just four people.

“That’s part of the magic of this movie, that kind of freedom and playing field that you gave us all,” Spaeny said. “For each and every one of the actors, it was a pure game and I think you feel it when you see the movie.”

“It felt more experimental in nature, as an extension of the overriding need we all had to connect and have some sort of outlet for everything we were dealing with as human beings,” Lister-Jones also agreed.

The film debuted in January at the virtual Sundance Film Festival, where it was generally well received although it was criticized for being lighter in tone and failing to reconcile with the horror of the moment in a satisfactory way.

Months later and in a more hopeful time, when many people have been able to reconnect with their loved ones, “How It Ends” is interpreted in a different and perhaps more rewarding way.

And this second reconnection has brought Spaeny and Lister-Jones even closer. Lister-Jones didn’t even dare to watch “Mare of Easttown” for long because that meant seeing Spaeny in danger.

Spaeny said that Lister-Jones is not only her mentor but family. The 39-year-old actress stated that despite the age difference, the actress often finds herself calling 24-year-old Spaeny for advice. The fact that they can also give each other creative feedback is what makes their bond truly unique.

“It is one of a kind,” Spaeny said. “Hopefully it continues and we can do much more…”Muse forever,” added Lister-Jones.

What You Should Know Before Choosing An Online Casino