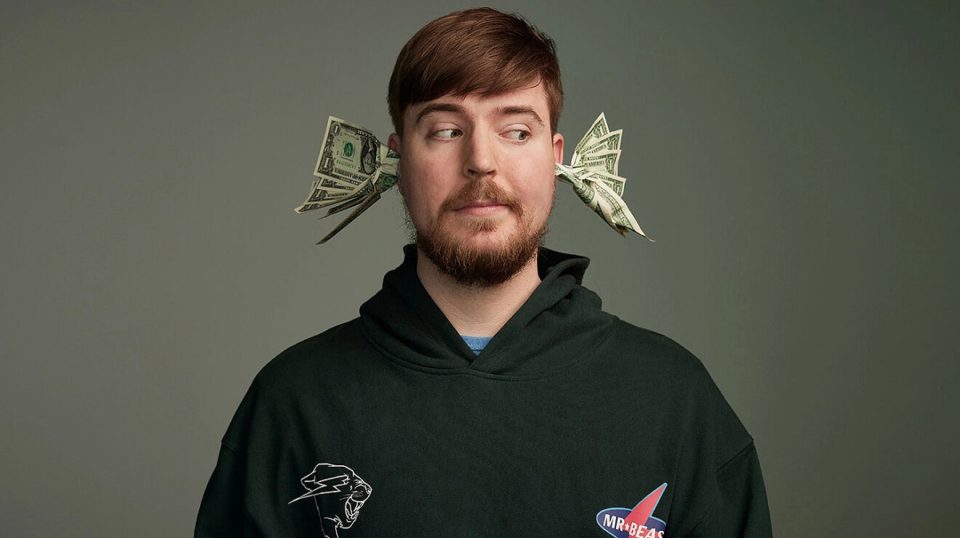 One figure replaces another this week becoming the most followed on the video making platform: Mr. Beast is that person! After his first video of himself counting to 100,000 went viral, American YouTuber Mr. Beast aka Jimmy Donaldson dethroned his Swedish sidekick PewDiePie, thanks to his 112 million subscribers against a 111 million count for his predecessor. Here are some of the factors that helped Mr. Beast get to these INSANE numbers (in our opinion).

Mr. Beast vs PewDiePie and How Mr. Beast Won With Squid Game!

First of all, there’s no rivalry:

“Yeah, he definitely will [surpass me]. Come on. I’ve been retired for like 2 years now. I can’t wait for it to be over,” stated PewDiePie and went on to say:

“[Mr. Beast’s] fans are infiltrating my comments. I guess I’m getting a taste of my own medicine. That’s alright, he deserves it. I hope he does it”.

Taking a look at the statistics behind Mr. Beast’s numbers (112 million) the American Youtuber has officially surpassed his Swedish counterpart PewDiePie (111 million supporters and leader of this ranking since 2013) by several thousand followers since Monday, November 11.

The Youtuber based in California launched his channel in 2010 but only started to gain momentum in 2017, with the first breakthrough video garnering tens of thousands of views.

Mr. Beast become one of the fastest Youtubers in history to hit 100 mil subs:

Jimmy Donaldson reached the 100 million subscriber mark on July 28, and this milestone was celebrated with his fans by live-streaming his reaction to the announcement. Since 2012, the content provider has been active on YouTube but it was only 6 years later that Mr. Beast was able to gain significant notoriety by making donations of several thousand dollars to YouTubers and Twitch streamers.

Although he reigned supreme on the top step of the podium for almost ten years. PewDiePie, whose real name is Felix Kjellberg never really came up with challenges or games like Mr. Beast.

The Youtuber has made a name for himself in particular by organizing donation campaigns, by carrying out more crazy challenges than each other – such as trying to break glass with dozens of megaphones – but also by carrying out pharaonic challenges: in November 2021, for example, he had done a life-size recreation of Squid Game, in which he had 456 players compete in watered-down versions of the bloody trials staged in the hit series.

Did Squid Game help Mr. Beast to be the most subscribed Youtuber?

One of his popular videos is to simulate the events of the Netflix Squid Game sensation in real life with cash prizes for the winners. Unlike the serious harm/death portrayed in the series, the losers amongst 456 participants were just kicked out of the game.

His contestants were 456 of his subscribers:

When he recreated the sets from the hit Netflix series “Squid Game” for a life-size competition it was attended by 456 of his subscribers.

An unanticipated number of people were bored out of their minds during the pandemic and Mr. Beast jumped on this opportunity to make his subscribers feel exclusive.

He also offered $500,000 to one of them as part of a competition inspired by the work “Charlie and the Chocolate Factory” last June. According to Forbes, 24-year-old Mr. Beast made $54 million in 2021. He reportedly pockets around $5 million a month also making him the highest paid content provider on YouTube.

The 3.5 million also includes prize money for contestants. The total pot for the winner of the Squid Game version of Mr. Beast was $456,000, with the YouTube content creator offering smaller prizes to players who dropped out early.

The game consisted of a total of seven rounds and if you failed in just one you were kicked out. Entrant number 79 won Mr Beast’s first YouTube Squid Game contest, with $456,000. Number 330, the runner-up, received $10,000.

Extremely expensive stagings that the videographer can afford: according to the ranking of the highest paid YouTubers carried out by Forbes magazine in January, the 24-year-old young man earned some 54 million dollars last year. To increase its audience, Mr. Beast has also recently multiplied, like other videographers, foreign language channels – this helped his Squid Game video go EVEN MORE VIRAL.

In conclusion, this replacement at the top of the YouTube charts, hailed by the platform itself, is not a big surprise. Mr. Beast is, after PewDiePie precisely, the second videographer to have passed the milestone of 100 million subscribers, and the prolific Youtuber has since continued to nibble rapidly on the ground.

If anyone could foreshadow it back then, they would have seen this handover between PewDiePie and Mr. Beast taking place much more discreetly in 2019, when the Swedish youtuber and the T-Series channel had disputed the first place.

At the time, PewDiePie heavily staged the battle, calling on all of his fans to step up to stop the Bollywood music video channel from permanently passing him by. The call had worked – Mr. Beast himself, incidentally, had joined the support movement – ​​allowing Felix Kjellberg to retain his title. So we know that there is no rivalry, but if there is a Squid Game 2, will PewDiePie jump to make a challenge to get his numbers back?