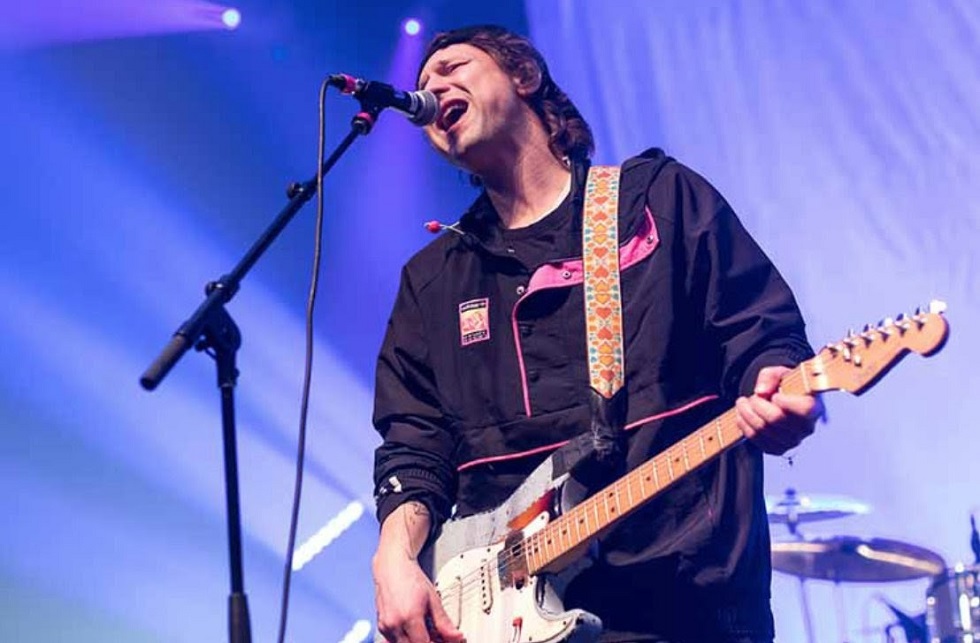 Menno Versteeg has recently made a comeback into the music scene with his new band. In this post, we will find out more about this Canadian indie rock icon and actor.

Who is Menno Versteeg?

Menno Versteeg is an actor and musician who has appeared in The Trotsky (2009), The Plateaus (2015) and Kim’s Convenience (2016). He also sang lead vocals and played guitar for the famous Canadian indie rock band Hollerado.

Who is Menno Versteeg’s wife?

Menno Versteeg is married to famous Canadian actress Annie Murphy who stars and Alexis Rose in CBC’s hit show, Schitt’s Creek. The couple has been married since August 11th, 2011.

What is the name of Menno Versteeg’s new band?

Menno Versteeg, from former famous Canadian Indie Rock band Hollerado, roared back with a bang, and a band. He joined forces with Sam Roberts, Sloan’s Chris Murphy and Tokyo Police Club’s Dave Monks to form the Anyway Gang. He had been on a hiatus since Hollerado called it quits a few years ago. This electrifying news was shared by Menno Versteeg on his Instagram page.

Last summer I got together with a few of my tour buds who also happen to be some of my favourite songwriters. We mostly made dad jokes but we also jammed on a bunch of 3 chord songs we all had lying around. We recorded a bunch of stuff in a few days and over the year we’d add some ideas here and there and all of a sudden a year had past and we realized we had kinda an album so we said lets name ourselves the first thing we thought of and release these. Anyway, we’re called Anyway Gang @anywaygangmusic and that’s a drawing of the four of us done by the otherworldly @benjamin_marra.

The band released its first single, Big Night, a few months after the Instagram announcement.

Menno Versteeg: What led to the end of Hollerado

Before taking a hiatus from music, Menno Versteeg, Dean Baxter, and brothers Nixon Boyd and Jake Boyd played together in the Toronto-based indie rock band Hollerado. Between draining beers and bank accounts, they’ve become an institution in Canadian alternative rock. That genre experienced a major surge during the latter half of the last decade. The surge was caused by bands like Pup, The Beaches, U.S. Girls, The Dirty Nil, Chastity, Hubert Lenoir, Partner, Dilly Dally, and Weaves. But earlier this year, Hollerado announced that their fourth LP, this year’s Retaliation Vacation, would be their last. This week, they’re closing out their final tour with three shows at Toronto’s Danforth Music Hall, followed by an ad-hoc karaoke night at the (world famous!) Horseshoe Tavern. It’s as graceful and pressureless an exit as can be had.

Huddled over soups and grilled cheese sandwiches at a downtown Toronto bar a week before the shows, the band,famous for confetti cannons and self-imposed spit-beer showers were adamant that they’d be going out with a bang and, probably, empty pockets.

“We want people to know that we’re not giving up,” said Versteeg. Baxter noted they’ve “spared no expense” on their final gigs. “We’re not trying to hold back for like, a retirement fund,” he said. “We’ll be lucky if we’re in the black after this.”

But also, what’s the bank gonna do, not give us another credit card?” Jake said. The group spent about 30 seconds debating the pros and cons of declaring bankruptcy. Consensus was not reached, and the topic was shelved.

To be in the orbit of Hollerado has usually felt like that: to be privy to the constant potential creation of some madcap scheme, like a kinder, somewhat more wholesome episode of It’s Always Sunny In Philadelphia. With straight faces, Hollerado have pitched and executed plans that most people might interpret, with a short chuckle, as a joke. They released their first record in Ziploc bags with bits of confetti. The band members painted each and every vinyl and CD copy of their second LP, 2013’s White Paint. They also went on to write a staggering 111 songs for fans that paid. To help offset the cost of renting a tour bus on their 2018 tour, the band rented out two bunks on the bus. These aren’t terribly rare strategies—DIY communities around the world pull off stunts like these all the time. But it’s notable (and maybe a bit shocking) for a band as relatively visible and well-positioned as Hollerado to allow people to graffiti all over their former tour van.

This operating style—which has brought Hollerado three JUNO Award nominations and regular airtime on Canadian rock radio—is a natural outcropping of a young adulthood spent living in Montreal squeezing the most out of each penny in the name of fun. (Versteeg quipped, “Montreal is where 25-year olds go to retire.”) The Boyds lived in an apartment with no fridge or stove, storing their food outside in the winter. They practiced in a condemned building and sold bags of weed. It’s a nice punk-ish indie band origin story.

Hollerado throwing in the towel feels like a bummer, especially because they were experts in the business of creating and preserving experiences of joy, fun, and idiosyncrasy via their live shows. Over the course of our conversation, the band excitedly recollects odds and ends from their latest tour: a shitty pizza restaurant venue in Lethbridge, a mid-show coughing fit that derailed the night, unprepared “Eye Of The Tiger” covers, someone always on acid. For the audience, these gatherings and the music are critical and emotional, especially so on this past tour.

Hollerado’s steadfast adherence to principles of pleasure and happiness haven’t gone unnoticed. Famous Toronto booker and promoter Dan Burke had this to say about Hollerado and Menno Versteeg in particular: “They’re the same guys they’ve always been.[Menno] comes to shows! He’s still almost like a guy who just started in the business. He’s got that level of enthusiasm.” But in an industry committed first and foremost to frictionless capital and profit, those qualities were often out of place. “Bands who don’t take themselves seriously don’t get taken seriously,” said Versteeg. When they excitedly suggested the now-beloved packaging for Record In A Bag, labels told them to “grow up, enough with the kid stuff.” “We had some people around us who were like, ‘F**k them, not done with the kid stuff. Do it how you feel.’

“[And] just because we shoot confetti and like smiling in pictures doesn’t mean that our songs don’t have real emotion to them. One of the reasons we were ready to close the door on this project is… people being like, ‘Here comes Ontario’s biggest party band with another record full of party bangers to play at your next kegger!’ Listen, we just made an album about our friends dying.”

Spaces committed solely to exploring ways to build friendship and connection seem harder than ever to come by. DIY venues and community spaces are shuttering and streaming services are increasingly open about their desire to cater to moneyed artists with algorithm-friendly music. Pockets of excitement and true, untainted enjoyment are increasingly encroached upon by the demands and oppressions of capitalism—if not disallowed altogether. The members of Hollerado recalled the first time they felt these things as kids. Nixon remembered recording and labelling mixtapes with his and Jake’s grandfather (Nixon noted that he tried to eat the foam on the microphone). Baxter pointed to the first snow tunnels he dug. For Versteeg, it was a babysitter putting on Springsteen’s Born In The USA.

Making music has ultimately proven to be a means to this end: hanging out with friends. They laughed that their ideal show would involve no performance at all. They’d simply hang out in the green room goofing off together for an hour. “This morning, I was feeling kind of anxious because we’ve been off for a couple of days,” said Jake. “I thought about it and was like, ‘No, I get to see the guys today, and we’re gonna go do a bunch of band errands.’”

The band isn’t overly precious about the end drawing near. “It’s like, ‘This is so fun, I’m gonna miss it, and also my back hurts quite a bit,’” said Jake. Menno Versteeg also wants to use up the leftover air miles for a group vacation. He’ll now be focusing on Royal Mountain—the label that houses Alvvays, Pup, Orville Peck, US Girls and many more— while Jake offers drum lessons out of the label’s office. Nixon is producing records, and Baxter works at Hamilton craft brewery Collective Arts. They’re not concerned about losing touch—they agreed they’ll continue to gather for regular trips to Costco.

As their chapter as a band ends on the precipice of a new decade that will likely continue to radically alter what it means to be an indie rock band in Canada, the four swapped pieces of advice for young bands starting out. None of these suggestions had to do with money or business. They settled on one instructive: on your first tour as a band, use a paper map. “You’re gonna take wrong turns, and you’re gonna fight,” said Baxter. Versteeg grinned: “If you come out still loving each other and having a good time, then you have what it takes.”