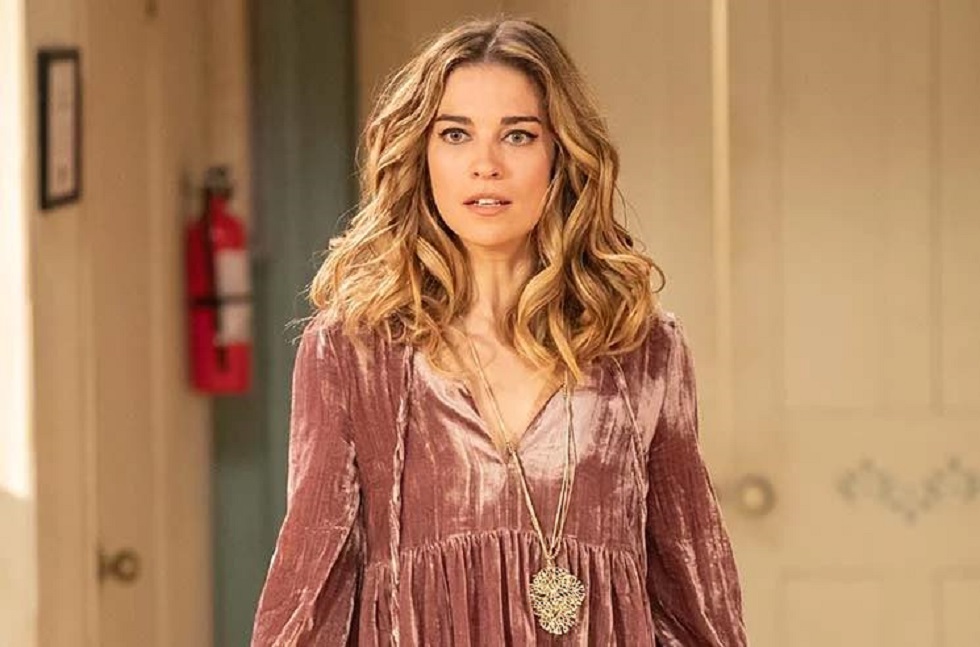 Canadian actress Annie Murphy doesn’t share many similarities with her popular portrayal of Alexis Rose on Schitt’s Creek. The Ottawa born actress plays the spoiled, fashionable and lovable little sister on the CBC show. However, according to Annie Murphy herself, she couldn’t be more different to her character, especially in the wardrobe department.  Annie Murphy describes her own style as “bag lady chic,” whereas Alexis Rose’s wardrobe is just chic. And quite expensive. Let’s glance over the life of Annie Murphy.

Annie Murphy: All You Need to Know

Where was Annie Murphy Born?

Annie Murphy was born in Ottawa, Ontario, the capital city of Canada on December 19th, 1986. She grew up as an only child and her parents were school teachers.

Where did Annie Murphy study?

She went to Elmwood School and honed her acting chops through various theatre productions. She went on to enroll herself in Queen’s University for a year. She decides to change her school and major by opting for a degree in theatre performance at Concordia University. She continued to work on her acting skills upon graduation by joining the Canadian Film Centre Actors’ Conservatory. She lived in Montreal for some time. She loved the experience and the city, but work opportunities were slim, with auditions for roles as juicy as “hot werewolf with no lines” coming her way once every couple of months. So after six years in Montreal, she moved to Toronto, where she starred in The Plateaus, a 2015 web series about four insufferable musicians, which she also co-created. “That was kind of the scene I was living in at that point,” she says. “My husband was in a band, so I was constantly surrounded by band dudes and band stories and that whole scene. It’s all so easy to laugh at, especially when people are taking themselves too seriously, which is often the case.”

Who is Annie Murphy married to?

Annie Murphy is married to Menno Versteeg, the singer of the Canadian indie rock band Hollerado.

Which award has Annie Murphy won?

Annie Murphy won the 2019 Gracie Award for the Actress in a Breakthrough Role for her role as Alexis Murphy on Schitt’s Creek.

What are Annie Murphy’s views on fashion?

Unlike her extremely fashionable on screen character of Alexis Rose, Annie Murphy prefers wearing sweatpants (especially cashmere ones).Annie Murphy spotted them on a rainy afternoon at Courage My Love, a vintage store in Toronto’s Kensington Market, a place it’s safe to say Alexis Rose wouldn’t even dream about entering, and holds them up with an “Ooh.” The pants in question, soft and slouchy, fit perfectly with Murphy’s relaxed style, but they’re also something Alexis could very well be spotted lounging in at the Rosebud Motel. (They’re cashmere, after all.)

Over beer and guacamole at El Rey Mezcal Bar, Annie Murphy confessed to not having much of an eye for fashion, but after six seasons of working alongside Dan Levy (who plays her brother, David, on Schitt’s Creek), she couldn’t help but pick up a few things. “I’ve learned that fashion is something I really do love and appreciate; it’s art,” Annie Murphy said.

“Taking care and pride in how you present to the world and deciding what that’s going to look like—I find that all so fascinating. And it’s amazing to see how it changes the way you carry yourself. But I also find it incredibly daunting. I would love to be super-fashionable, but there are so many options and so many combinations of things, so I just resort to my comfy everyday look,” she went on to add.

Today, that look involves an oversized black-and-white floral maxi-dress with a denim jacket draped over her shoulders and well-worn Chuck Taylors. Her hair is swept up in a messy topknot, her crimson nails are chipped and her face is devoid of any trace of makeup aside from a few swipes of mascara. It’s a contrast to Alexis, who blow-dries and styles her hair every day, thank you very much, whose nails are always glossy and perfect and who never lets her surroundings or schedule dictate the kind of clothes she feels like wearing that day.

That said, the openness, radiant friendliness and candour you see in Alexis are clearly evident in Murphy, too. This may be the mark of an actor who is still fairly unaccustomed to talking endlessly about herself, but for every five questions I ask her, she asks me one about myself: what I’m bingeing on these days, what my favour­ite restaurants are in the city and what my theories are on the fox in Fleabag (which she recently downed on a plane and was blown away by). It’s as if no one told her that the standard rules of social engagement no longer apply now that she’s on a beloved television show.

How has Schitt’s Creek been received by the audience?

Much has been written about Schitt’s Creek, which has been nominated for multiple Emmys and served as Murphy’s big break. The show belongs in the same camp as Parks and Recreation and Brooklyn Nine-Nine (which is to say it’s nice); its humour never comes at anyone’s expense. Yes, there’s narcissism, selfishness and ludicrous behaviour aplenty (not to mention avant-garde designer threads), but there’s also warmth. The town of Schitt’s Creek is a no-judgment zone.

In particular, David’s pansexuality and the matter-of-fact way in which his romantic relationships are depicted onscreen are a breath of fresh air. Fans from all around the world have sent letters and tweets about how the show has changed their lives. It has encouraged people to open up about their sexuality; gotten others through rough patches in their lives; helped families understand one another better; and generally provided a joyful place to escape to at a time when kindness, love and empathy seem to be in short supply. So while everyone is bingeing on Schitt’s Creek to unwind, what about Annie Murphy?

What does Annie Murphy do to unwind and relax?

As per Annie Murphy, she’s been watching a lot of Broad City these days, but The Office is her “go-to safety blanket and has been for a long, long time.” The books she has been reading, however, are far from cheerful. She just finished The Goldfinch, Donna Tartt’s epic story about a young boy who loses his mother in a terrorist attack; Rohinton Mistry’s A Fine Balance, about the violent period in India’s history known as The Emergency, is one of her favourite books; and she just started Hanya Yanagihara’s A Little Life, a book filled with such anguish that anyone who has ever read it will offer words of caution to others about to embark on the same sorrowful journey (as I do with Murphy). “I’ve just started it, but from all accounts it’s literally going to get exponentially worse every chapter I read,” she says. “I don’t know why I’m doing this to myself, but I’ve got The Office to balance me out.”

Finding the humanity and relatability in difficult people is clearly a Murphy specialty. “On paper, Alexis is a bit of a handful and incredibly selfish, and she could be taken as a ditzy blonde. But it was really important to me to not have her be unlikable because I think so much of who she is is based on her surroundings and her environment,” she explains. “She’s not a bad person; she’s actually quite a good and kind and selfless person.”

What happened to Annie Murphy’s house?

Annie Murphy and her husband lost their house to a fire. While there were no human casualties, the whole house was reduced to ashes. Here’s what Annie Murphy said about the incident: “My house had just burned down, I hadn’t booked a job in two years, I had $400 in my bank account and I’d absolutely shat the bed on my very first screen test out in L.A.” Although she and her husband were out of town when it happened, that fire was a learning experience, but it took its toll. She went on to add to her statement: “When my place burned down, it was a serious lesson in losing things, but it was an even bigger lesson that things are just things and can be replaced in one way or another.”

Annie Murphy went on to describe what she considered to be her biggest loss in the fire. She talked about the most precious item that she lost: “my biggest heartbreak was losing my teddy bear named Worthington that had been my buddy since I was born. We’d seen some shit together, so he was a tough one to lose.” She was all set to throw in the towel and give up on acting but serendipitously got a call to audition for her breakthrough role of Alexis on Schitt’s Creek two days later. Annie Murphy spoke about the call: “I realized that there’s always a light at the end of the tunnel; you just don’t quite know when you’ll be bathed in it.”

What’s next for Annie Murphy?

Now, after nearly six years in a life-changing job, it’s time for Annie Murphy to go back to the drawing board. “A different drawing board,” she concedes, but a daunting one nonetheless. A drawing board that’s got “co-starred with Eugene Levy and Catherine O’Hara” tacked to it, though, isn’t a shabby place to be, and Murphy is quick to point out how invaluable the experience was.