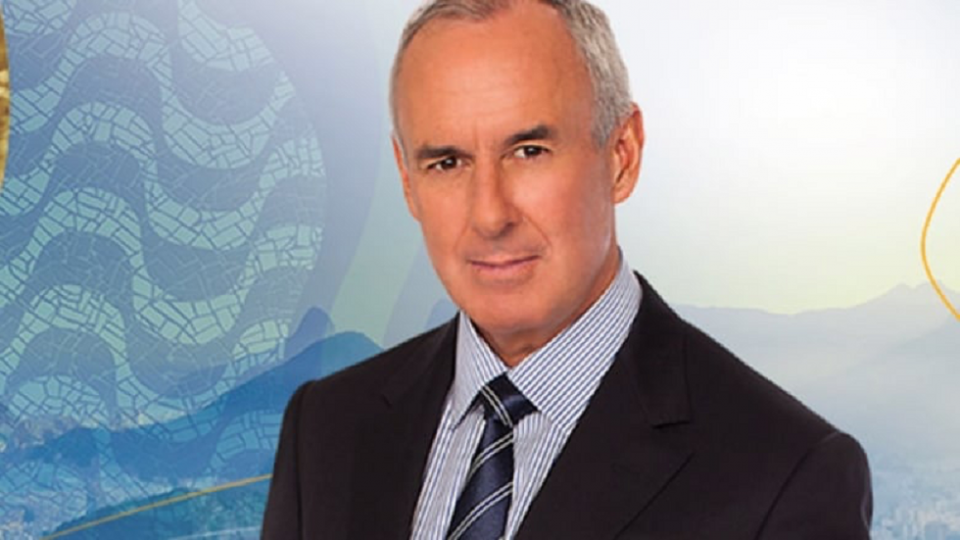 Ronald Joseph Corbett “Ron” MacLean is a famous Canadian sportscaster currently working for CBC. Known for his appearance on Hockey Night, Ron MacLean has been working on the show since 1986. The TV sportscaster is also a hockey referee. Aside from being a famous sportscaster, Ron MacLean is pretty famous on social media. He has 218.6k followers on Twitter. The resident of Oakville, Ontario, Ronald MacLean, reportedly earns around $1 million dollars, as his yearly salary from the network, and as of 2019, he reportedly had an estimated net worth of over $3 million dollars.

The Life Of Ron MacLean:

Art Ross: The Hockey Legend Who Built the Bruins

One Hundred Greatest Moments in Hockey

Ron MacLean is currently married to his longtime girlfriend, Cari MacLean. He attended high school in Red Deer, Alberta, where he would meet his future wife Cari. The couple live in Oakville, an affluent suburb west of Toronto. They both spent their teenage years in Red Deer, Alberta, and have been together since 1978, when Ron, in Grade 12, became smitten with the Grade 10 point guard who, he later realized, looked like Jennifer Beals from Flashdance. He began seeking Cari out at school and at parties, and he timed his trips to a local ice cream shop so he’d run into her on her way home from basketball practice. Eventually, he won her over. When Cari went to university in Edmonton and Ron started his broadcast career in Red Deer, he’d gun down the highway to see her on weekends. She meanwhile plays hockey and runs marathons.

The couple walked down the aisle in 1984 and since then, has been leading a happy married life. MacLean is living in Oakville, Ontario along with his wife and a Standard Schnauzer. In 1990, just before the first game of the Leafs-Blues playoff series, Ron’s three-month-pregnant wife called him in St. Louis to say that she was having serious abdominal pain. Ron jumped on a plane but got stuck overnight in Pittsburgh. When he finally arrived, they lost the child. The couple was devastated. They tried again, and then again, but at a certain point it became clear they weren’t meant to be parents.

Cari felt a cramp in her calf. The next day, with the cramp no better, she texted a friend to say she was going to skip hockey. After Ron left to play in his own game, she went upstairs and ran a bath to try to loosen her calf. That’s when, overcome by nausea, she started vomiting. She managed to pull herself out of the tub and looked in the mirror. From there, Cari looked over at her bed, a few feet away. She couldn’t imagine summoning the strength to make it that far. She gathered some towels and made a makeshift bed on the floor. She lay down and curled into the fetal position. Then she heard a voice. “No,” it said. “Get up, get dressed, call 9-1-1.” She felt hypnotized. Everything in her body wanted to lie down, but the voice kept insisting, “Get up, get up, get up.”

When Ron MacLean entered the ER, Cari was surrounded by medical staff. His wife appeared weak, pale and seemed to have countless needles in both arms connected to the IV lines. When she leaned over to vomit in a bedpan, the needles came out and Ron could only watch helplessly as the nurses reinserted them. Standing in his jeans and baseball cap, among the beeping machines and the bustling nurses, he felt a sense of calm. “It seemed to me that everything we needed was right there,” he says. When Doctors fired off questions about her history, he answered as quickly and accurately as possible. It was like doing a live hockey broadcast, he thought.

Then things started to get worse. Cari MacLean had now been in the hospital due to pulmonary embolisms and patients with the same, died within the first hour. Ron didn’t know what a pulmonary embolism was and had no idea what it did to a healthy body. Cari would survive and live to tell the story of her survival:

“The clichés about near-death experiences are true,” she says. “I look at things differently now. I feel like I’ve become very small and big at the same time. Small in the sense that this is what life’s all about—right now, right at this moment. But at the same time, I have this appreciation for how much bigger everything is. Our lives are just specks, just temporary. You hear that all the time, but I have a better appreciation of that.”

His sports broadcasting career began at CKRD-FM and later at CKRD-AM. Eventually, he got a job as a weather presenter at CKRD-TV. He was called by the Program Director to replace a sick friend. While MacLean was still in high school, he got an opportunity to become a disc jockey.

From 1986, MacLean began his career on Hockey Night in Canada. He began working out of western Canada, but near the end of the season, he was moved to Toronto games. That spring, he worked his first Stanley Cup Final and became the primary game host ever since. MacLean has also been a part of the CBC’s Olympics coverage since 1988. He took over as a chief anchor and became the main sportscaster and host for the 2008 Summer Olympics Games in Beijing. He also served as an ice level reporter for NBC Sports’ coverage of the NHL All-Star Game in Montreal.

At the start of the 2014-15 NHL season, MacLean was hired by Rogers Media and eventually was removed from the host position of Hockey Night in Canada. He became an on-location host for the new, traveling Hometown Hockey broadcasts. In June 2016, Rogers announced that MacLean would be reinstated as host of Hockey Night.

Aside from being a famous sportscaster, MacLean is also a former Level 5 referee with Hockey Canada and has refereed in junior, minor pro, senior and university leagues across Canada.

“He knows we projected an idea, an attitude or a behaviour on someone and … he’s trying now to admit that,” said McLean. “I know I have a friendship and a deep admiration and love for Don and so I would be guessing that it’s mutual.”

Ron MacLean said he hopes to continue his friendship with former co-host Don Cherry after his controversial termination from Hockey Night in Canada. As his and Cherry’s career paths diverged, he hoped their friendship wouldn’t change:

“As I’ve said on the TV, I love Don, it doesn’t sound like I would be there for Don, but I am. We were just going through one of the most difficult situations because, as I said, we each made our personal decisions,” said MacLean. “If I have one regret, it’s when I apologized on Sunday night, I used Don’s name and if I’m sitting at home watching it, that would hurt me.”

Cherry was fired from Hockey Night In Canada last Monday after using the words “you people” while making remarks criticizing new Canadians for not wearing poppies around Remembrance Day during his Coach’s Corner first intermission segment. Ron MacLean apologized for the remarks in a broadcast the next evening and even addressed Cherry’s termination to the public and the ensuing backlash last Saturday during Hockey Night in Canada’s first airing without Cherry in years. He also spoke about choosing principles rather than friendship.

Hailing from Red Deer, Ron MacLean first paired up with Cherry on Coach’s Corner in 1987, a role that is part of his 30-year broadcasting career. He began his career in 1978 at CKRD Radio in Red Deer before hosting broadcasts for the Calgary Flames and Toronto Maple Leafs. Ron MacLean said he has received an email from Cherry since the broadcast but did not say what was in the email. Meanwhile Don Cherry launched the first episode of his new podcast called Grapevine earlier Tuesday in which he said MacLean is “still a friend.”

In 2017, he apologized to postal workers after suggesting their jobs were “effectively obsolete.”

7 years before that, on January 16, 2010, MacLean presented a pre-game piece together with NHL representative Colin Campbell focusing on Vancouver Canucks player Alexandre Burrows, in a follow up to an earlier incident between Burrows and referee Stéphane Auger in which the credibility of Auger was called into question.

The piece was considered by a number of prominent sports writers, Canucks coach Alain Vigneault, and some fans to be a one-sided smear against Burrows.

RonMacLean appeared on Vancouver-based sports radio show Team 1040 on January 18, 2010, and strongly denied being biased or one-sided during his presentation.