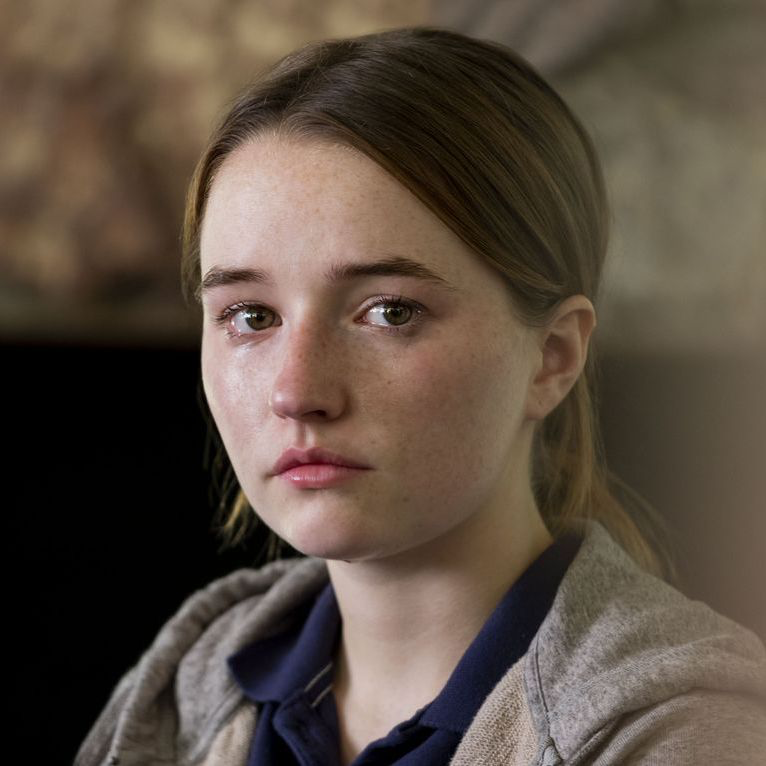 One of Netflix’s true crime binge shows of 2019, Unbelievable, tells the devastatingly true story of 18-year-old girl named Marie Adler. In 2008, Marie (played by Kaitlyn Dever) was threatened with a knife, tied up, blindfolded, and raped in her apartment. She reported it to the police, but they didn’t believe her. Marie started doubting herself and renounced her sexual assault accusation. She was fined $500 for false reporting although there was nothing false about the truth.

Kaitlyn’s spot-on portrayal of the real Marie’s heartbreaking story on screen would go on to earn her a Golden Globe Award nomination and a Critics Choice Television Award nomination. While her portrayal told us the true life story of Marie Adler, here are more facts about the actual Marie Adler that might interest you:

Real “Marie Adler” Details That Show Us An Even Darker Side

Who is the real Marie Adler in Unbelievable?

While Unbelievable shares a pretty accurate depiction of Marie’s story, there are a few differences between the real Marie and Marie Adler on the show:

Netflix limited series: Unbelievable is based on the 2015 news article “An Unbelievable Story of Rape”, written by T. Christian Miller and Ken Armstrong,and on an episode of This American Life, Anatomy of Doubt. It was originally published by ProPublica and The Marshall Project.

According to the article, Marie only met her biological father once and doesn’t know much about her biological mom, other than she often “left [Marie] in the care of her boyfriends.” Her upbringing involved moving around to different foster homes, as well as sexual and physical abuse. She told reporters that when she was younger she was on roughly “seven different drugs. And Zoloft is an adult drug — I was on that at eight.”

The real Marie Adler also can’t remember if she even went to kindergarten. She remembers being hungry and eating dog food. She reports entering foster care at age six or seven.

When Marie was 18, she joined a pilot program called Project Ladder, designed to help young adults get on their feet after living in foster care. Soon after, Marie moved into a one-bedroom apartment monitored by the program. It was there, at the Alderbrooke Apartments in Lynnwood, Washington, that police responded to the report of rape a little before 9 a.m. one day in 2008.

Simply given the name “Marie Adler” in the series, we don’t know her real last name even now. But we can happily say that the real Adler’s account was eventually validated after two female detectives Stacy Galbraith (known as “Karen Duvall” in the show) and Sgt. Edna Hendershot (or “Grace Rasmussen”) linked her story to a string of other similar crimes.

The real Marie sued the police:

In 2013, the Lynnwood Police Department paid Marie a $150,000 settlement for a lawsuit she brought against them based on the way officers assigned to her case had treated her.

The real Marie now works as a long-haul truck driver:

It’s unclear what Marie’s future holds at the end of the Netflix series, but Armstrong still keeps in touch with the real-life Marie Adler and told NPR that she’s currently working as a long-haul truck driver. “She drives an 18-wheeler across the country. She and I speak fairly often. And it seems like every time I talk to her she’s in a different state. She is strong. And she is resilient,” he said.

As Unbelievable revealed, it was not just the police who came to doubt Mari but her former foster mothers also expressed their misgivings to each other. Only to have those suspicions shared with the detective investigating the case. On the real Marie’s reaction to those scenes, Ken Armstrong wrote:

“The series shows how two of Marie’s former foster moms doubted her account. Both later apologized to her. Marie forgave both. She kept ties with both. After finishing the series, Marie called both, to reassure them: The show doesn’t demonize you. She encouraged both to watch.”

The investigation that led to Marie’s exoneration actually happened two years after her sexual assault:

In Netflix’s limited series, it seems like the rape investigations of Marie Adler and the other sexual assault survivors are happening simultaneously. But, according to The Marshall Project and ProPublica story, Marie’s rape occurred in March 2009. It wasn’t until 2011 that Detective Stacy Galbraith was having a conversation with her husband that would connect a rape case she was investigating in Colorado—just like Marie’s, though Galbraith didn’t know that yet—to another, similar rape case in the state.

A  victim from 2011 was able to remember that the perpetrator had a birthmark on his left calf. Without a full DNA sample, however, investigators began piecing evidence together from multiple crime scenes, eventually finding footage of O’Leary’s truck at one of the victim’s apartments.

During their investigation, authorities also found a collection of women’s underwear that O’Leary had taken from his victims, the camera he’d used to take their photos, and pictures of all his victims, including Marie. This would eventually lead to Marie’s vindication and the return of her $500 fine.

There’s no evidence the real Marie tried to commit suicide:

the first episode of Unbelievable ends on cliffhanger, with Marie attempting to commit suicide by jumping off a bridge. However, there’s no concrete evidence whether or not this happened in real life.

It was reported that Marie had been taking antidepressant medication since she was child. “I was on like seven different drugs. And Zoloft is an adult drug—I was on that at 8,” Marie told a mental health expert, according to ProPublica. However, a suicide attempt was not described in the article or reported elsewhere.

Marie actually did want to sleep on the same sheets in real life:

In both Unbelievable and reality, Marie’s sheets were taken by police as evidence. But what made Marie’s foster’s mom begin to doubt her story was that Marie wanted to sleep on those same exact sheets afterward.

The Marshall Project and ProPublica piece recalls a moment when Marie and her foster mom, Shannon, went shopping for new bedding. “Marie became furious when she couldn’t find the same set,” the report stated. Shannon couldn’t help but wonder, “Why would you want to have the same sheets and bedspread to look at every day when you’d been raped on this bed set?”

In both Unbelievable and The Marshall Project/ProPublica report, the young woman whose story is being told is referred to as Marie. However, Marie isn’t actually her first name. It’s her middle name. Marie’s real full name is still unknown.

According to the Denver Post, the court documents identified the 18-year-old raped by Marc O’Leary, as D.M. If I were to guess, her name could be Donna Marie.

Marc O’Leary was a serial rapist:

As the series progresses, two detectives (played by Merritt Wever and Toni Collette) in Colorado become involved in investigating a serial rapist that is terrorizing their respective jurisdictions. The detectives ultimately merge their investigations, which takes place a long way away from where the same rapist had attacked Marie in Washington. On watching that part of Unbelievable, Ken Armstrong relayed from the real Marie:

For Marie, watching the work of the detectives in Colorado, 1,300 miles from where she had been attacked, reinforced a sense she’d had since first she learned about them: ‘I felt like they were my guardian angels, looking out for me.’

In the Netflix show, Unbelievable, and in real life, the serial rapist was finally arrested and charged. The series recreates the moment when Colorado detectives finally move in on the criminal and end his reign of terror. Ken Armstrong shared that moment brought about

something that surprised the real Marie, writing:

“And watching the last episode, watching the re-creation of the Colorado detectives closing in, provided Marie something she didn’t expect. ‘Seeing him get put away, that was closure for me,’ she said.

The real Marie Adler praised the series and one scene in particular drew attention. It occurs in Unbelievable’s first episode. There are eight episodes of the series, total. Ken Armstrong shared the real Marie’s response to Kaitlyn Dever’s portrayal of Marie as she is harshly confronted by police as they pressure her to recant. Armstrong wrote:

I asked Marie if I could share her thoughts on Twitter. She said that would be fine. She brought up one scene in particular—in the first episode, in which she’s confronted by police and recants. Marie has told me before that it can be a struggle for her to put her feelings and thoughts into words. In that scene, she said, Kaitlyn Dever captured her struggle. ‘It was, like, perfect,’ she said.

The Netflix miniseries was almost too perfect with the satisfaction of justice that comes with true crime documentaries, finally catching the victim’s killer or in this case, a serial rapist. However, Unbelievable was almost too aptly named as well because while this is a story of surviving abuse, many girls are still scared to tell their story of abuse even today, simply because no one will believe it.