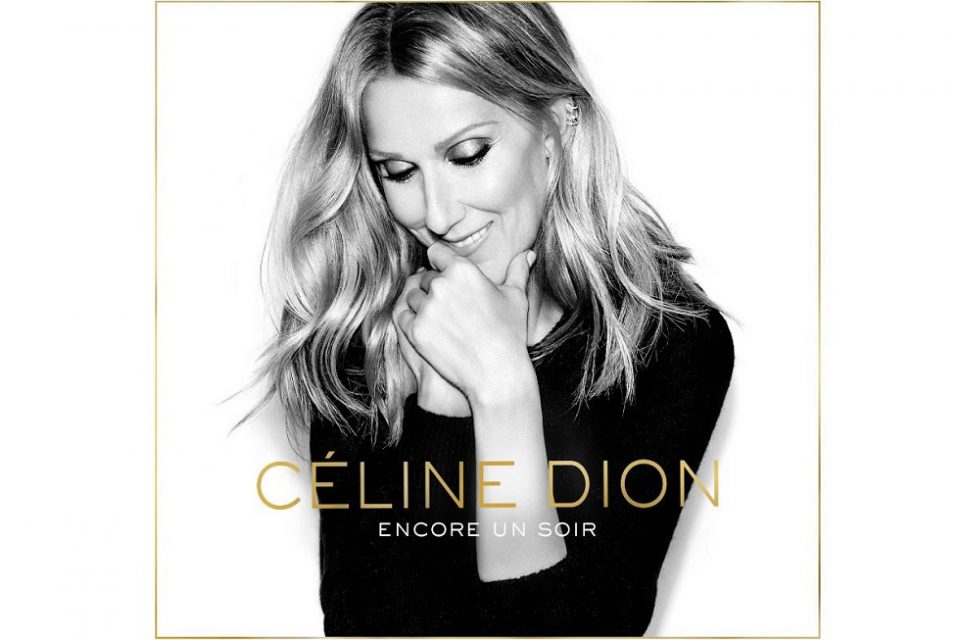 On 24 May 2016, “Encore un soir” was released as a lead single from the album with the same name. It received positive reviews from music critics and topped the charts in France, Quebec and the French-speaking part of Switzerland. The single also reached the top ten in Luxembourg and Belgium.

On 12 August 2016, the song “Trois heures vingt” was uploaded on YouTube/Vevo. Within just a week the song entered the chart in France at number 73. On 19 August 2016, the lyric video of this song was also uploaded.

Background Of The Album

Most people know Dion’s manager is her husband but it was actually another one of her managers, Aldo Giampaolo, announced that the singer will be releasing French and English language albums in 2016 and 2017, respectively. This French album would consist of new material, but would also contain a cover of Robert Charlebois: “Ordinaire” to pay tribute to Quebec’s rich musical repertoire, and a remastered version of “Trois heures vingt” which was originally released on the singer’s 1984 studio album, Mélanie.

Celine Dion’s album Encore un soir was recorded between June 2015 and June 2016. In the middle of recording it, in January 2016, Dion’s husband and manager, René Angélil died due to throat cancer. It was released over seven months later, in August 2016. Celine Dion and husband Rene Angélil’s vision of a new collaboration with legendary French artist Jean-Jacques Goldman came to fruition with “Encore Un Soir”, marking a long-awaited reunion, after over twelve years. Encore Un Soir was the lead single, the title track became a commercial and critical success. For the first time, the French artists Francis Cabrel and Serge Lama co-wrote a song for Dion (“Plus qu’ailleurs”). Jacques Veneruso, one of her most trusted collaborators in recent years, has written and composed a new song as well (“Si c’était à refaire”). Grand Corps Malade has once again, after Sans attendre, offered his poetry to this new album on “L’étoile” and “Les yeux au ciel”. Dion also worked with new writers and producers. One of them was Zaho and LNT Musik (Ludovic Carquet and Therry Marie-Louise) who wrote and produced “Ma faille”, “Tu sauras” and “À vous” (on the Deluxe edition).

On 19 May 2016, the Grammy winner’s website: celinedion.com began revealing excerpts of the lyrics of the lead single, “Encore un soir”, written by Jean-Jacques Goldman. The lead single was released on 24 May 2016. The single’s cover art was revealed on 17 May 2016, and is also the same cover art for the album.

During a series of interviews with various news outlets that took place on 12 May 2016 at The Colosseum at Caesars Palace, the singer Celine Dion had announced that the upcoming French album would be released in August 2016. On 1 July 2016, the track list for the album was released on various news websites, citing a standard edition with twelve tracks, and a deluxe version with fifteen. On 9 November 2015, celinedion.com began a contest which allowed fans to submit a track to be selected for Dion to record for this album. On 2 December 2015, after more than 1000 votes, Dion’s website announced that the winner of the contest was Daniel Picard, and his track titled, “À la plus haute branche” will be included on the album.

Celine Dion wanted to pay tribute to Quebec’s rich musical repertoire by reinterpreting the classic Robert Charlebois song “Ordinaire”. Marc Dupré also collaborated with Dion on this album on “Je nous veux” and “Toutes ces choses” Daniel Picard saw his song “À la plus haute branche” chosen from over 4,000 submissions following a contest launched on Dion’s website. All these “Quebec” songs were produced by Humberto Gatica and Scott Price. Aside from “À vous”, the Deluxe edition also includes “Ma force” written by Vianney and a remastered version of “Trois heures vingt”, Dion’s 1984 song.”Trois heures vingt” was recorded for the Mélanie album. It was featured on Encore un soir because Angélil was particularly fond of this song, which was played during his funeral service at exactly 3:20 pm, marking the commencement of the ceremony. It was also the song which opened Dion’s Summer Tour 2016. Other songs from the album performed on this tour included “Encore un soir”, “Ordinaire” and “À la plus haute branche” (in Canada).

Promo For The Album

On 7 September 2016, Dion performed “Encore un soir” and “Les yeux au ciel” for the very first time on television on M6’s Music Show . On 1 October 2016, the French entertainer also performed the same two songs on Le Grand Show in France 2. Both of these shows were recorded in June 2016, while Dion was touring France. In the summer of 2017, Dion toured Europe with her Celine Dion Live 2017 concert tour.

Celine Dion’s album Encore un soir debuted at number one in France, selling 218,684 units. It has sold 216,555 copies and Dion also achieved the biggest first week sales for a female artist in France.

In Canada alone, the album debuted at number one, selling 60,175 copies, including 57,085 in Quebec alone, becoming Dion’s fifteenth number-one album in Canada. It was also established as the top in the chart in Quebec. In the first week in Quebec alone it sold three times more copies than the rest of ninety-nine albums inside the Quebec Top 100 Albums Chart. Encore un soir stayed at number one in the second week in Canada and Quebec, selling 20,000 copies.

“Encore Un Soir” was Dion’s first French-language album to enter the Billboard charts in the USA. It debuted at number eighty-two on the Top Current Albums, number ninety-six on the Top Album Sales and number one on the World Albums chart. The album was certified Diamond in France, two-times Platinum in Canada and Platinum in Belgium and Switzerland. In 2016 alone, Encore un soir has sold 1.1 million copies around the world. As of October 2017, the album has sold over 1.5 million copies worldwide.

What is Live Casino?

This Is How You Find the Best Online Casino in Canada