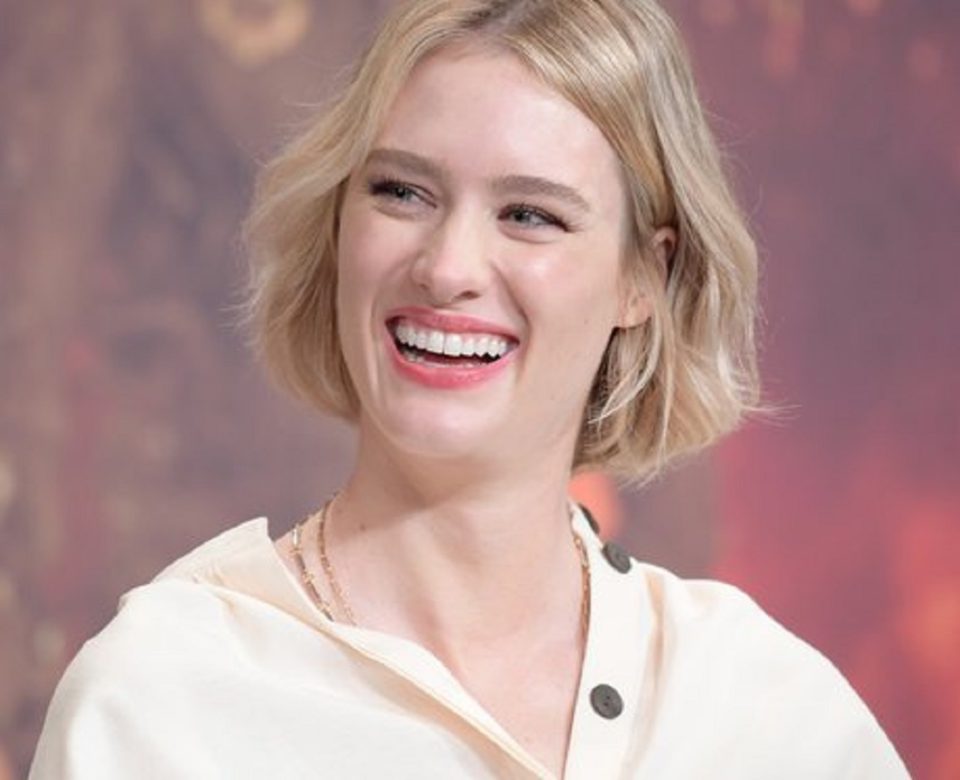 If you are a fan of Halt and Catch Fire and you love Mackenzie Davis, the actress who plays the prodigy and ‘hacker’ Cameron Howe, we will tell you more about her! Here are some interesting facts about the actress.

Young Mackenzie Davis came into this world on April 1, 1987 in Vancouver, in the province of British Columbia, Canada. She grew and grew (today she is no less than 1.78 meters tall) until she went to McGill University in Montreal, where she studied English literature.

Prior to that, Davis graduated from the private school Collingwood School in the district West Vancouver in 2005. At 22, she moved to New York and joined the Neighborhood Playhouse School of the Theater to study drama according to the Meisner Method.

“I hadn’t realized my height was a problem until I got into this business”, she said in 2013 in ‘W’ magazine. “I just shot a movie with Daniel Radcliffe, and he’s short. We have scenes where I’m talking to him looking down at the ground, and that seems strange to me. “

Mackenzie Rio Davis was born to a British mother, Lotte, and an English father, John Davis. Their jobs were being a graphic artist and a hairdresser, in addition to being the owners of AG Hair Care.

She took her parents’ advice and finished her education before pursuing an acting career.

4. Her degree from McGill University in Montreal involved Gender Studies, she calls herself a feminist.

She graduated from McGill University in Montreal in English Literature and Gender and Women’s Studies.

“The word ‘ feminist ‘ has a bad reputation, is unappealing and creates confrontation,” she said in an interview in the ‘New York Times’.

“However, I think it is best to continue using it until it is used normally without anyone seeing negative connotations. Feminism has its roots in racial rights and gender rights, and the two intersect. I think it’s a good word”, continued the actress.

Before accepting the role of computer genius Cameron Howe in Halt and Catch Fire, she made sure with the producers that her character was not the sexy vase on duty but the equal of men, with a consequent evolution, a clear opinion, and a life of its own. Even though she admits that it’s hard to always defend her point of view, she doesn’t want a career where she can’t be honest with herself.

5. Mackenzie Davis has some unusual hobbies.

On the Conan TV show, the actress revealed that while living in Texas, she collected owl pellets (these are the non-digestible parts of mice, like bones) and made ‘magical creatures’ out of the remains.

She then assembles the bones to create sculptures of magical, mythical or biblical creatures, descriptions of which she finds in Jorge Luis Borges, Kafka or CS Lewis. She also made art with shark eggs that she found on the beach. She admits it without hesitation: she loves monsters.

Secondly, her other hobby is being a huge Simpsons fan, and she wouldn’t date anyone who wasn’t.

6. Speaking of unusual, here are some more.

She swears a lot. The actress tries to control herself, especially in live interviews, but she admits that she is never safe from a slippage.

She is an absolute fan of David Schwimmer. For her, watching the episodes of Friends on repeat is her guilty pleasure.

As long as they are neither gratuitous nor degrading, the only thing that bothers her is knowing that her father is going to see them. The only thing that really worries her is being by his side when he looks at them.

During her studies, the actress wanted to travel and took up modeling.

9. As an actress, she gained a lot of experience shuffling around.

She navigated between TV series (Halt and Catch Fire, Black Mirror), independent films and big productions (The Martian and Blade Runner 2049). In her early days, even when she had no job, she refused certain small roles that did not suit her, never having been convinced that they were a necessary step towards bigger roles. For her, they were more like a step to nowhere. She also knows that she has no power over the final product. So, she prefers to focus on what she can control – her acting – and be zen with the rest. It is for her a question of survival for any artist and creator.

She also dreams of becoming a producer to launch projects on subjects that interest her and that she cannot yet find on the screens.

Although Mackenzie Davis’s career was deeply marked by her role in ‘Halt and Catch Fire’, her work in ‘San Junipero’ from ‘Black Mirror’ was surely the one that has the strongest impact on her current career path.

After this, she appeared in ‘Always Shine’, another independent film starring opposite Caitlin Fitzgerald (‘Masters of Sex’).

After finished filming ‘Izzy Gets the F*ck Across Town’ with Alia Shawkat and Haley Joel Osment; Mackenzie also acted in’Tully’, a film directed by Jason Reitman and which she co-stared with Charlize Theron.

As of 2021, Mackenzie Davis’s upcoming project is a role in a miniseries called Station Eleven where she will be playing the charaxter of Kirsten.

An Overview of South Ontario Casinos and Their Various Game Offerings