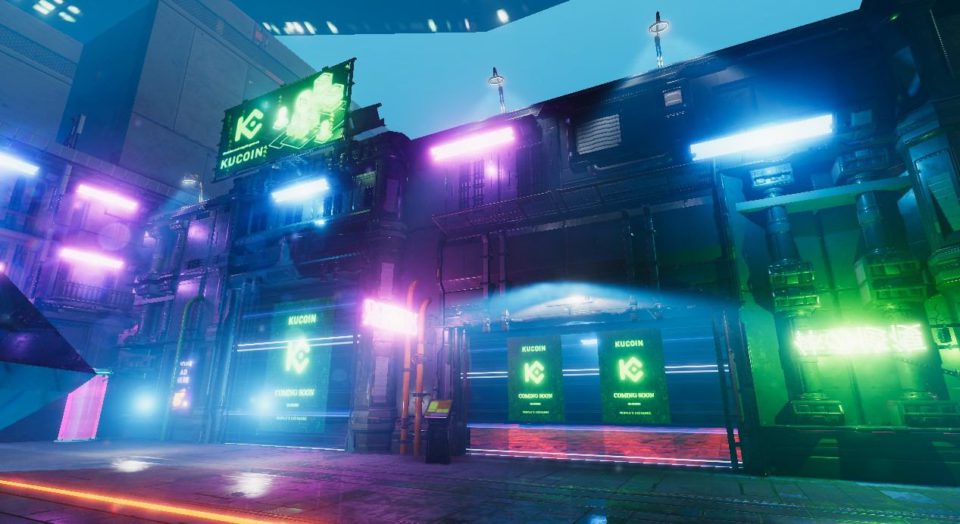 Bloktopia is a metaverse skyscraper with 21 levels to recognize 21 million Bitcoins. It is the VR metaverse that aims to be an educational-entertainment hub for all levels of crypto experience. With Bloktopia, users have, for the first time, access to crypto information and immersive content in one place. Let’s find out more about it.

Bloktopia is like a shopping mall where projects, exchanges, influencers, or crypto brands showcase their content and important messages, along with stores among other types of activities and businesses.

Built on Unity, a cross-platform game engine by the founders of Sony Playstation VR, Bloktopia is also powered by the Polygon network. The platform allows visitors to participate in basic or advanced learning, earn income, play games with friends, build networks and more. Bloktopia metaverse consists of real estate blocks that can be bought and managed by BLOK token holders.

Token holders are referred to as “Blocktopians”. They can generate income from real estate ownership, advertising revenue, gaming, networking and much more. Using the world’s most advanced real-time 3D Rendering Engine, Bloktopia leverages this technology to create stunning visualizations and user experiences.

What are the highlights of metaverse Bloktopia?

Some of the main features that make the platform stand out from the others can be listed as follows:

Bloktopia’s large user base allows monetization through advertising and sponsorship, which provides an opportunity to share in revenue generation through an NFT mechanism. BLOK tokens allow holders to purchase REBLOK and NFTs representing ownership of ADBLOK. REBLOK is an in-platform purchase of either a sole proprietorship represented by a single NFT or a co-ownership represented by multiple NFTs. REBLOK can also be rented to tenants for an event or on a long-term basis, just like real-world real estate.

How to generate income from Bloktopia?

The native token of the platform, BLOK, offers its holders different features such as being able to generate income and participate in governance within Bloktopia. The platform offers different earning opportunities for Bloktopians. For example, accessing special events, participating in pre-sales and staking are among these opportunities. Other opportunities consist of passive earnings, betting and advertising. Bloktopians can buy and sell BLOCKS through both decentralized and centralized exchanges. Don’t put money in Bloktopia if you are looking for immediate profit. Like all kinds of investment, patience is the key.

Earning a Reblok: Buying real estate in Bloktopia is known as Reblok. Real estate, which is a valuable commodity in Bloktopia, can be purchased by Bloktopians.

Earning AdBlock: Advertising is one of the major earning tools on the platform. The platform works with key brand partners to provide them with unique opportunities to advertise within Bloktopia. A portion of these generated advertising fees is returned to Bloktopia token holders.

Bloktopians can purchase items from the Bloktopia marketplace through an NFT mechanism. Items are on display at the market, both to customize real estate and to customize avatars.

Bloktopia is working on a governance model and REBLOK NFT owners are part of this governance council. Every NFT has the right to vote through a DAO. Proposals can be made to the DAO, where NFT holders will vote by winning the majority vote.

Metaverse acts as a bridge between the physical and virtual worlds in the decentralized and open-source virtual world. It exposes cryptographic protocols to manage digital assets such as digital art, real estate and advertising space. NFTs in the Polygon Network make this happen while also allowing for affordable and fast transactions.

Often expressed in extraordinarily illuminated high-tech urban environments, the meta version combines augmented and virtual realities. Social connectivity, entertainment, gaming, fitness, work, education and commerce combine to create an embodied internet where people interact and are not just passively looking at but a vital part of the experience.

How Much is the BLOK Supply?

The maximum supply amount of the block token has been determined as 200.000.000.000. The circulating supply is currently uncertain.

How to Get BLOK?

You can easily and safely perform your BLOK token buy-sell transactions from a reliable crypto exchange of your choice.

What are the types of Bloktopia (BLOK) wallets?

How is Bloktopia Price Calculated?

Bloktopia price generally changes in line with the balance of supply and demand. Bloktopia is an ecosystem created by its users and its current value changes according to the supply and demand balance of its users. As with real money values, it is not tied to any central bank or regulatory system.

How To Buy Penny Stocks In Canada: All You Need To Know

The Best Index Funds in Canada for You to Invest in