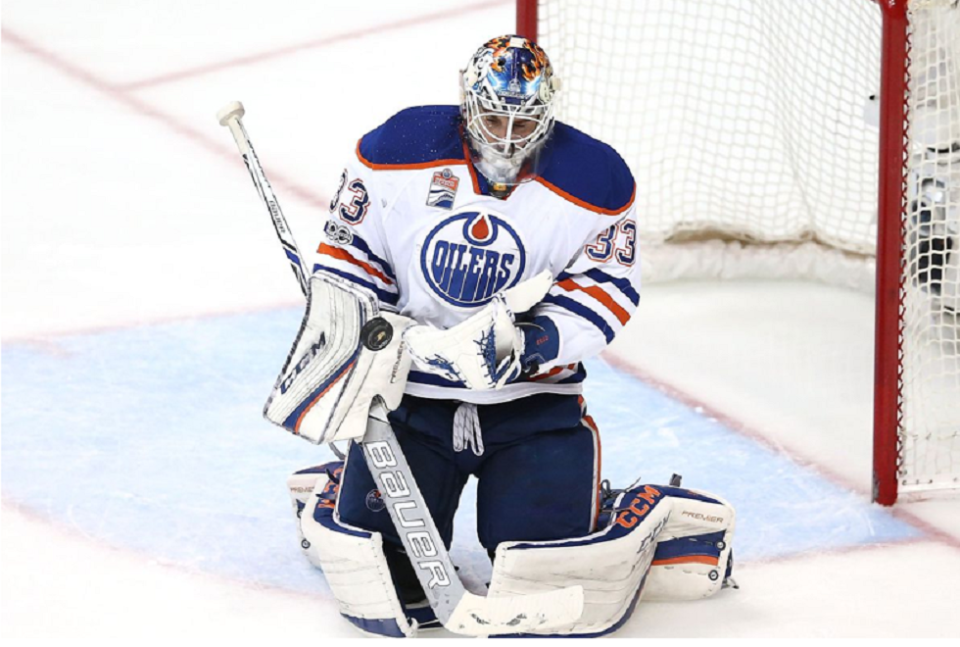 Back in the day – make that way back in the day – hockey goalies wore masks without the ubiquitous cages we see today. It was just a molded piece of fiberglass whose 1/8th inch thickness was the only layer of protection between a solid rubber puck and a broken face. And while it wasn’t the best piece of facial equipment ever devised it was certainly better than nothing, which is exactly what protected their mugs before Jacque Plante donned the first iteration in 1959.

Have you ever seen this goalie drill?

Although masks were slowly replaced by the more practical cages that are standard in today’s game, they don’t have the same aesthetic effect. Simply put, the masks of yesteryear were a whole lot cooler despite some very impressive artwork that adorns the helmets of today’s netminders. And even though the only old school masks we see now are in Friday the 13th reruns, they are a part of hockey lore that will forever remind us of the good old days when goaltenders were the masked bandits whose only crime was robbing goal scorers.

Now that we have given our rightful tribute to the old-school goalies who plied their trade with virtually nothing between them and a broken orbital bone, it’s time to pay homage to this season’s top netminders after a third of this truncated season in the rearview mirror. Let’s talk about the best five goaltenders thus far, statistically speaking, where the criteria demand they have started the majority of the games – with all due respect to Boston’s Jaroslav Halak who leads all goalies with a showstopping 1.66 goals-against average in his six games played.

There were plenty of Avalanche fans who had their doubts about Gruby at the beginning of the season and he got off to an inauspicious start when he allowed four goals on 32 shots in a 4-1 loss to the Blues in the season opener. But that was his low-water mark because just about everything else has come up roses for the 29-year-old netminder since then. Had it not been for general manager Joe Sakic’s steadfast commitment to Grubauer, he might not have been given his chance to shine. Many of the professional handicappers who release their free NHL picks always seem to have Grubauer as part of their rotation and he’s brought back beaucoup dough by winning nine of his 12 starts.

The ageless wonder keeps rising to the top of the goaltending charts year after year. He was the first overall pick in the draft back in 2003 when the Pittsburgh Penguins tapped him as their goalie of the future. After 15 years as a starter in the NHL, Fleury has amassed three Stanley Cup trophies and is a five-time All-Star. This season is just more of the same as he has taken the Knights to the top of the West with St. Louis and Colorado all vying to be the top dogs in a division rich in talent.

It’s hard to become Stanley Cup champions without a world-class goalie tending the twine and that is exactly what the Lightning have in the 26-year-old Russian, Andrei Vasilevskiy. The 2019 Vezina Trophy winner is in the hunt for even more hardware and despite his team owning one of the league’s best offenses, their defense has been known to lapse at times which makes having Vasilevskiy between the pipes a major advantage for an already powerhouse team.

After the Islanders struggled through a five-game losing streak with Varlamov starting in three of those contests, New York has gotten back on track and is fighting for division supremacy with the Bruins, Capitals, Flyers, and Penguins. The East is jam-packed with talent but Varlamov could be the difference-maker when the season comes down to the wire. The 32-year-old Russian is in his second season with the Isles and could be even better than he was last season when he led New York to the Conference Finals against the Lightning.

The Rangers are a middling team residing in an outstanding division which makes playing net for them even more challenging. But thus far, Igor Shesterkin has been the man with the plan in stopping the barrage of shots he has faced in his first 11 games. The 25-year-old is just another in a long line of stellar Russian netminders taking over the league but even though he is overshadowed by some of his contemporaries, he is a secret no longer and the Rangers should be thrilled to have him.