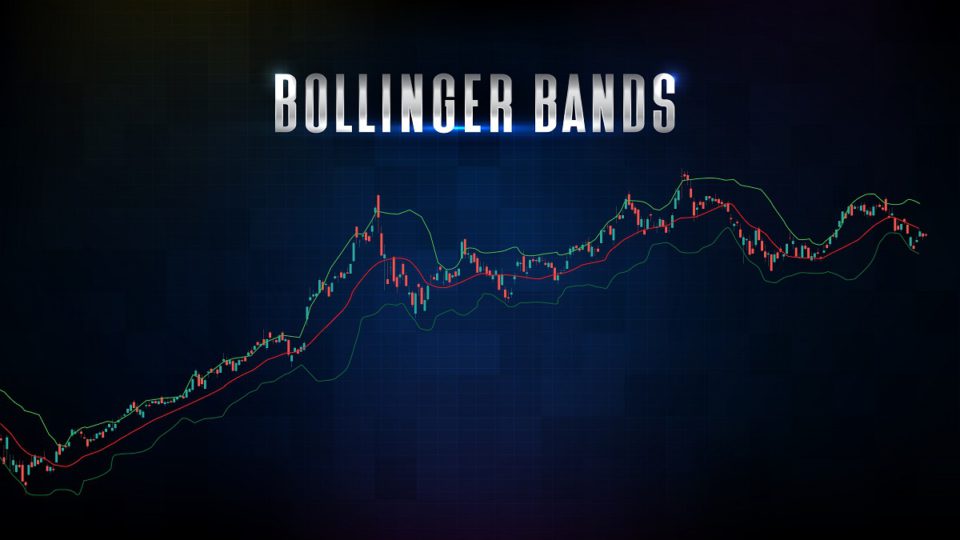 Bollinger bands are used by investors for analysis. In the world of crypto, these bands are really useful. Bollinger bands detect changes in the price of coins and go a long way in helping people make sound decisions with regards to crypto investment. Candlestick charts are informational charts and are also great for determining the price movements of the crypto market, forex market and other trading markets. This also helps create a buy/sell plan. The Candlestick charts were invented by Japanese analysts and are very important for showcasing the opening, highest and lowest prices of prices over a certain period of time. Let’s find out more about both.

Bollinger Bands And Candlestick Charts: All You Need To Know

What are Bollinger Bands?

Bollinger bands were discovered in the 1980s by an economics analyst named John Bollinger. It is an indicator frequently used by traders as it provides information about the price activity that will occur in the market, and provides a quicker and easier way to predict the price decreases and increases that are expected to occur in the future.

Bollinger, which is used in all investment markets, maintains its importance in the crypto money market, which has started to be preferred more recently. In volatile markets, Bollinger helps to keep track of trends in prices.

Bollinger bands are indicators that take into account the movement in the prices in the investment market and the separation of prices from the averages (you can use Bollinger bands to analyze the trades you make via news spy). With Bollinger bands, it is possible to get a relative idea that the prices will go up or down, but like every indicator, this indicator cannot direct the market alone and the results cannot be seen with certainty.

How to use Bollinger Bands?

The intersection of Bollinger bands, which gives you information about the trend direction of prices, shows that a corrective movement will occur in the opposite direction of the trend. However, if the price fluctuations occur within the lines in the Bollinger band, it is not possible to have a prediction about the future values ​​of the prices. The compression of Bollinger bands is interpreted as stagnation in the values ​​in the financial market, while the intersection of the bands signals that there will be improvements in prices.

You should not make an investment decision without taking action in line with your forecasts on the price movement, the chart. Because otherwise, if a movement occurs, you may lose money.

What are the advantages of Bollinger Bands?

Everyone who wants to invest wants to be able to predict what may happen in the future, price decreases or increases while investing. Bollinger bands not only give you insight into prices but also give you an idea of ​​the investment. In addition, this indicator has many more advantages.

Tips on analysis with Bollinger bands

Bollinger bands are one of the indicators frequently used by users who have just started technical analysis because they can be solved quite easily. However, the effect of the analysis can be quite low due to the fact that investors overlook some details while analyzing. With the tips we will give you, you can make healthier analyzes and make more accurate investment decisions.

Candlestick charts, which can be used in different ways such as 15 minutes, 1 hour, 4 hours, daily, weekly, monthly, are tools that guide the investor while doing technical analysis. There are also thin candles called “needles” or “pins” in this information source, which is called a “candlestick chart” because it is in the form of candles.

What is a Candlestick Chart?

Candlestick chart, which is one of the analysis methods that technical analysts frequently use when buying and selling, is a kind of analysis method that displays data about prices on graphs and allows investors to analyze within a macro scale by combining graphic parts.

Unlike other charts, the candlestick chart differs from other charts used in technical analysis as it contains so much data that it can be analyzed. Candlestick charts not only show the price activity within a certain period of time, but also allow the prediction of price values ​​that may occur in the future.

How to read Candlestick charts?

The meaning of the colors may differ depending on which application it is viewed from. However, mostly green candlesticks show the price increases, and black or red candlesticks represent downward movements in prices.

Candlestick charts provide very effective data for investors who want to see the movement in prices after the transactions made within a certain time period with a single glance and make a quick investment decision.

The doji star in the form of a plus (+) sign in the candlestick chart means that the values ​​and fluctuations of prices in the cryptocurrency market are very low. In markets where the Doji star is seen, the price changes are so low that it becomes almost impossible to even form the body of the candle on the chart.

What are candlestick patterns?

It is called creating a meaningful and valuable whole with the collection of images that are formed without a specific meaning.

The Story Of The Polkadot (DOT) And Avalanche (AVAX) Coins

The Best Dividend Stocks in Canada 2020

Couch Potato Portfolio: Is it a worthy investment?