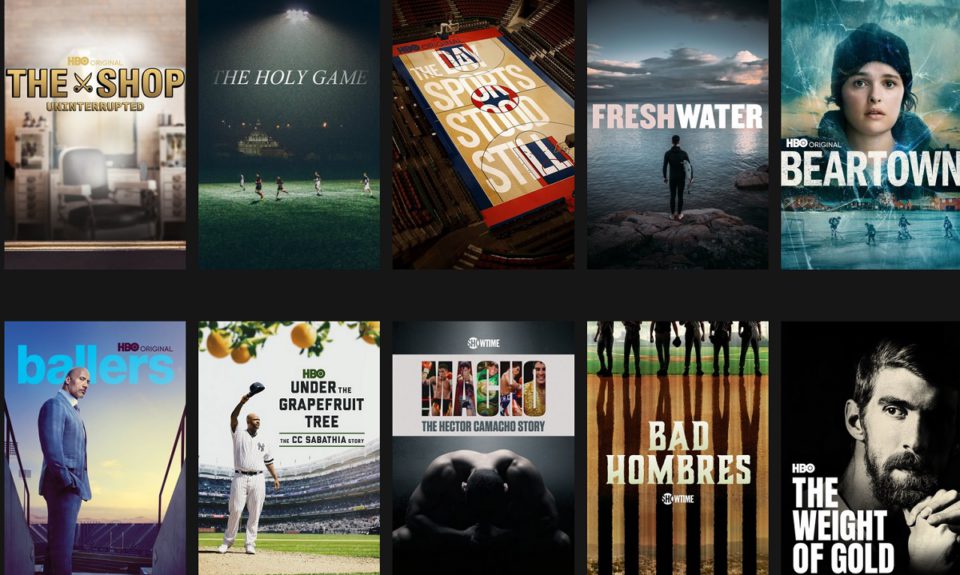 Much to the entertainment of movies and series fans, subscription video-on-demand providers have been popping up like mushrooms over the past years. Whether you prefer Netflix or Hulu, you may sometimes reach a point where you feel like there’s nothing else to watch.

The good news is that Crave exists and is here to provide some of the best content in the market. With its headquarters in Toronto, Canada, Crave is owned and operated by Bell Media, which is also behind the television broadcasts of CTV and CTV 2.

Crave TV ensures its viewers have access to multiple entertainment ranges, from reality TV, drama, comedy and, of course, several series and movies related to sports. After all, the passion for sporting events and competitions runs deep amongst the Canadian population.

This article will give you an overview of the best sports documentaries and shows you can watch right now on Crave.

Sports betting in Canada is a big deal – everyone knows Canadians love a good bet – and that’s maybe why this documentary has become such a success.

The PAR-LAY: Bet On Yourself biopic showcases Fred VanVleet’s steps to become a basketball star, fueled by his unstoppable belief in his skills. This documentary invites viewers to learn more about the NBA Champion’s life journey.

The documentary opens the doors to the heartbreak the player suffered at a young age due to the passing of his father. But it also demonstrates his unwavering motivation throughout his high school and college years as a basketball player.

PAR-LAY: Bet On Yourself proves that, despite always being considered too short, not strong enough, and slow, Fred VanVleet never lost the belief that he would be able to accomplish his goals and kept on betting on himself to succeed.

This docuseries accompanies the chronicles of Serena’s journey through the competitions she partakes in while explaining how she manages her personal life through pregnancy, maternity, and marriage.

Viewers will have access to the lesser-known facades of Serena, namely her work as an entrepreneur and investor in charitable causes, technology, fitness, and fashion.

The home-video feeling of this five-part documentary brings the viewers closer to the ins and outs of Serena’s experience. It provides multiple levels of perception into how the tennis star manages the different aspects of her life while helping everyone understand what it takes to be one of the most accomplished tennis players in the world.

Directed by Clare Lewins, I Am Ali is a 2014 documentary that showcases the professional and personal life of one of the best professional boxers in history: Muhammad Ali.

One of the most interesting aspects of this documentary is that it tells the boxer’s life through a series of personal audio tapes that Ali recorded in the 1970s.

I Am Ali includes multiple interviews of people associated with the boxer, such as close friends, family members, and other reputable names from the boxing scene. Paired with the audio recordings and interviews, the documentary uses multiple archive filmings of the boxer’s competitions.

The documentary puts an unusual focus on Ali’s personal life, something that most biopics about the boxer tend to avoid. Through I Am Ali, the viewers can learn more about his role as a father and husband while also contemplating his professional life and political involvement.

Tiger is a two-part documentary series about Tiger Woods, based on the 2018 biography about the golfer. Filled with archive films, interviews, and home movies, Tiger depicts the golfer’s rise, fall, and final ascension into stardom.

Following a similar structure to the biography, the documentary dives deep into the relationship between Tiger Woods and his father and how their interactions impact the golfer’s career.

Throughout the documentary, viewers can access the perspectives and opinions of several people close to Woods, including his former caddie, Steve Williams. Other exciting contributions include those of Rachel Uchitel, involved in the golfer’s scandal surrounding infidelity, Nick Faldo, and Bryant Gumbel.

Although viewers will have the chance to listen to Tiger Wood’s voice throughout the series, the documentary relies mainly on the intervention of those surrounding his life to tell his story.

Along with his personal life, the docuseries showcases the golfer’s main achievements in his professional career.

Canada’s sports fans will undoubtedly have plenty of options if they’re interested in learning more about the lives and achievements of some of the world’s most prominent sports stars.

You can discover the complete collection of sports shows available at Crave to keep up with the upcoming releases.

Building Your Online Casino Empire: Tips for Getting Started