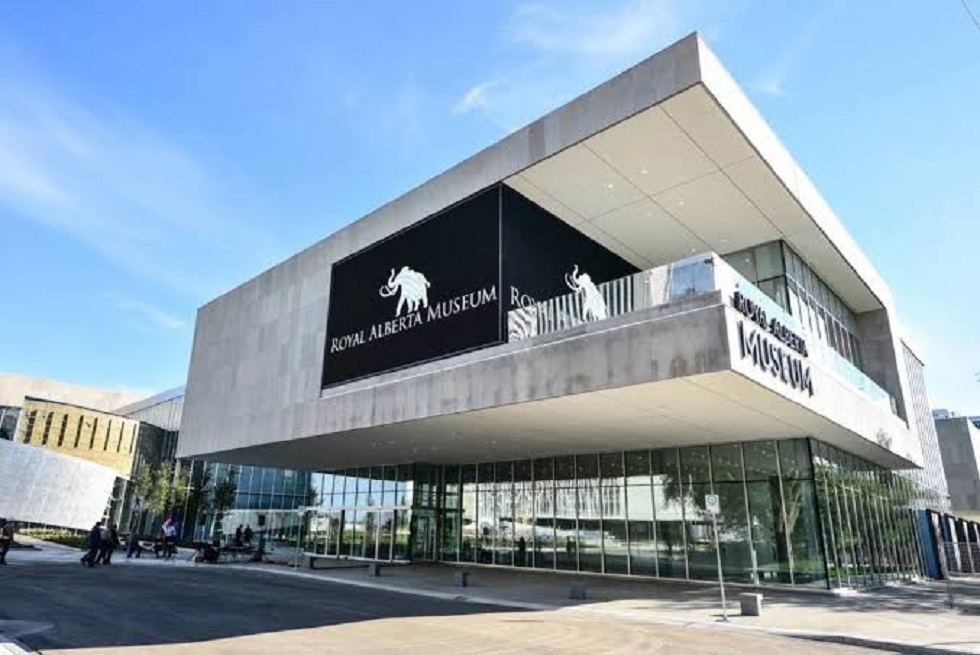 The Royal Alberta Museum (RAM) is a well renowned museum of human history in Edmonton, Alberta, Canada. It is a staple on every things to do in Edmonton list. The museum is located in Downtown Edmonton, north of City Hall. The museum is the largest in Western Canada with more than 7,600 square metres (82,000 square feet) exhibition space and covers 38,900 square metres (419,000 square feet) of area in total. It is also one of the most famous museums in Canada and should be considered by everyone looking for things to do in Canada.

The museum was established by the Government of Alberta in December 1967. At that time, it was called the Provincial Museum of Alberta. The museum received royal patronage from Queen Elizabeth II, and was renamed the Royal Alberta Museum in 2005. In 2011, plans were announced to transport all of the museum’s artefacts into a replacement building. The employees of the museum continued to work from its original building in Glenora, Edmonton until it was finally closed to the general public in December 2015. Even though the museum was closed for access to the general public, a lot of the museum’s departments continued their operations. Some of the work that went on included fieldwork and preparing the museum’s collection to be moved. The new building was completed in August 2016, and was opened to the public in October 2018.

The Canadian Federal Government’s Confederation Memorial Centennial Program and the Government of Alberta began planning for a museum in 1950. In 1962, they hired Raymond O. Harrison, an Australian architect who had been directly involved in the design process of the Vancouver Maritime Museum, to direct the planned museum. Harrison was given a budget of 5 million dollars to work with. That money was to pay for the inaugural staff at the museum and also to curate and build the collections.

When did the Royal Alberta Museum open for the general public?

The museum opened to the general public on December 6th, 1967. It was known as the Provincial Museum of Alberta. On the inaugural day, the museum’s main floor was home to various galleries representative of the fur trade, Alberta’s natives, old photographs of Canada’s aborigines taken by famous photographers Harry Pollard and Ernest Brown. The galleries of the second floor featured exhibits on agriculture, “pioneer” life, industry, and commerce. The museum expanded through the 1960s and 1970s with more exhibits, curatorial programs and staff.

In 1968, new exhibits portraying Alberta’s dinosaurs and “Adaptations for Survival” were added to the explanation section. The section for human history also added permanent exhibits of “Vehicles of Alberta’s Past”, “Uniforms of RCMP Superintendent H. C. Forbes”, “R. R. Gonsett, Inventor” and “Early Building in Saskatchewan”. The explanation gallery saw the addition of volcano exhibits in 1969. The human history gallery also saw the addition of the history of aboriginal people (including a display of Blackfoot clothing) along with displays of “Domestic Artifacts of Utility”, and several other agricultural artifacts. The same year, a diorama of Pronghorns was created to celebrate the first of sixteen planned displays of Alberta’s natural habitat.

Paid admission began in 1990, and to extend its audience, the bottom floor Indian Gallery was removed. The freed up space was used for a brand new feature exhibition space. In 1991, the mammal and bird gallery was upgraded with a display on “Survival and Reproduction”. During the following year, the “Beauty and Science of Birds” exhibit was built. Added to the gallery were a Naturalist’s Study and three brand new dioramas. A temporary exhibit called “The Bug Room”, featuring live insects, was constructed during  the summer of 1992. The Bug Room was such a hit with the museum’s patrons that it was brought back as a larger and permanent component of the museum in 1993. A permanent “Earth Science Gallery” was partially opened in December 1993, though it was not fully completed until May of next year. Also in 1993, the museum launched the “In All Their Finery” exhibit of aboriginal artifacts as a part of the first phase of the larger “Syncrude Gallery of Aboriginal Culture.” A few years later, the entire Syncrude gallery was inaugurated in 1997. This gallery was later complemented with an outsized purchase from the family of James Carnegie at a Sotheby’s auction on 8 May 2006. When the “James Carnegie Collection” was auctioned, it billed up to become one of the most expensive auction of North American Indian artefacts in history. The highlight of the auction was a prized beaded dress from 1859, which sold for US $497,600.

In 2003, the Habitat Gallery was greatly renovated into a replacement “Wild Alberta” interactive exhibit. Between the years 2002 to 2006, the Royal Alberta Museum served as the host for the North Edmonton Sculpture Workshop’s groundbreaking “Big Things” outdoor sculpture exhibition series. The exhibition was held on the South Terrace.

The year 2005 saw the centennial celebrations of the formation of the province of Alberta. As a part of the celebrations, the Royal Alberta Museum’s Alberta Centennial Sculpture Exhibition was held. The exhibition was produced by the North Edmonton Sculpture Workshop (NESW).The exhibition was graced with royalty when Queen Elizabeth II bestowed her royal patronage by visiting on May 24th 2005. On December 6th, 2015, the museum closed down 48 years after its opening in 1967. The museum and its artefacts relocated to its current address.

In April 2011, Royal Alberta Museum’s authorities announced that a replacement building for the Royal Alberta Museum would be constructed on the land occupied by Canada Post’s Edmonton Station. The location was situated in Downtown Edmonton, north of the town hall and Law Courts. The 36,000 square metres (390,000 sq ft) building, which contains twice as much gallery space as the old museum, was estimated to cost $340 million, and was completed in 2015. The Provincial Government of Alberta has speculated towards using the museum as a terminal for the Edmonton-Calgary speed line.

Construction of the new building was completed on August 16, 2016, and the opening date of October 3, 2018 was announced on September 12, 2018. The new building is the largest museum in western Canada with more than 7,600 square metres (82,000 sq ft) of exhibition space and 38,900 square metres (419,000 sq ft). The total cost of the new building and moving was estimated to be around CAD $375.5 million, with $253 million of that being supplied by the Government of Alberta, and the remaining $122.5 million came from the federal Government’s Building Canada Fund.

The collections are divided into four main categories:

Alberta’s Minimum Wage: All You Need to Know

Soccer Trips Around the World: Where to Go and What to Do