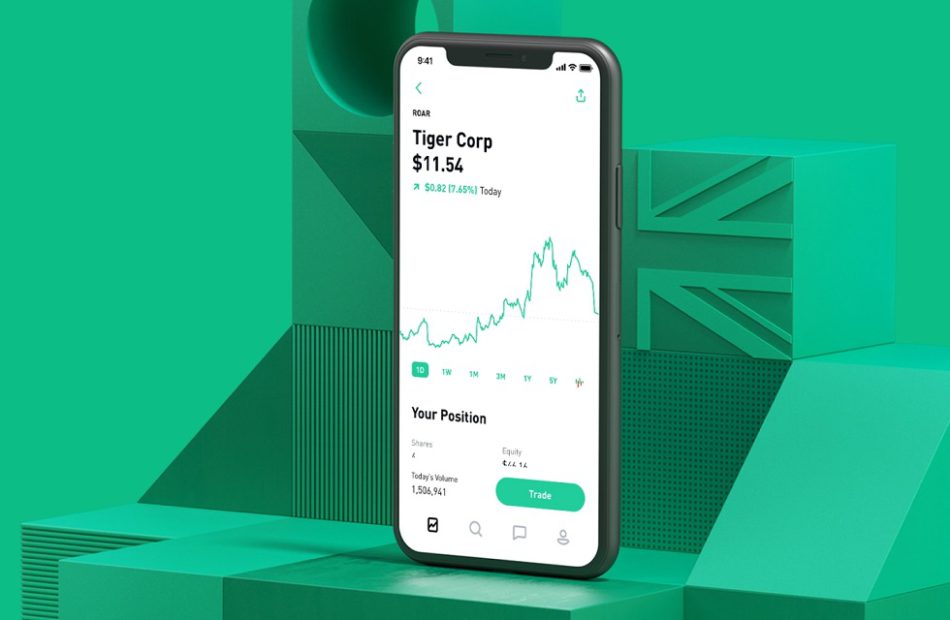 Robinhood is one of the most popular investment apps in America right now. Its easy interface and zero commission model has led to millennial investors making a beeline for it. Three million new users signed up with Robinhood during 2020’s first quarter. The reason behind the massive appeal of this trading platform is easy to see. The no commission trading model ensures that you don’t have to pay any money as fees when you buy and sell stocks, ETFs, options, and cryptocurrencies. Robinhood is extremely popular in America but not available for use by residents of other countries. Robinhood had planned to launch its operations in the UK and Australia but eventually cancelled its plans to do so. If you were wondering if Robinhood is available in the UK, this post has got your answer. Let’s find out more.

Is Robinhood available in the UK: What happened?

Robinhood had planned to launch its wildly popular trading app for UK residents as well but had to halt the launch because of scrutiny within its home market. The firm released a statement and mentioned that the UK launch of Robinhood has been postponed indefinitely and any further global expansion plans have been put on hold. This is what the statement said:

“The world has changed a lot over the past several months and we’re adapting with it,” Robinhood said in an email to those who had added their names to a waitlist. “On a company level, we’ve come to recognize that our efforts are currently best spent on strengthening our core business in the US and making further investments in our foundational systems.”

Robinhood had planned to launch in the UK in November 2019. That was initially postponed to early 2020. However, the plan was completely shelved later on and Robinhood decided to indefinitely stall its UK launch plans.

Why did Robinhood cancel its UK launch plans?

Retail investing has seen a surge in popularity in recent months, with no-fee platforms like Robinhood allowing novice investors to get into stock trading at a moment of major volatility.

But US lawmakers have pressed Robinhood to improve safeguards on its app following the apparent suicide of a 20-year-old student who saw a negative account balance of $730,000.

Robinhood has been affected by this tragedy and has announced that it will work with lawmakers and try to improve its user interface, especially as it pertains to options trading.

“We are personally devastated by this tragedy,” Vlad Tenev and Baiju Bhatt, Robinhood’s co-CEOs, wrote in a blog post last month.

RObinhood has also shown to struggle with high volume trading days and has suffered from frequent outages. Despite all of that though, Robinhood managed to raise $320 million in funding, after being valued at $8.6 billion.

What are the Best UK Alternatives to Robinhood?

This is definitely the best alternative available to Robinhood in the UK. It has a large selection of US stocks and ETFs (over 3,700). The platform exclusively deals with US stocks so if you are looking to trade in UK stocks, Stake isn’t the platform for you. It also comes with small withdrawal fees which might rub some people the wrong way.

The platform is currently available in app only format. It provides an easy to use interface and a clean design. Making it easy to get started trading US stocks. Even if you are a complete novice.

What’s more, Stake also offers fractional shares and you can get a free stock by signing up via our link.

This is another great Robinhood alternative in the UK. While you don’t have the same number of US stocks available as Stake (around half). You do have the added bonus of having access to a strong selection of both US and UK stocks as well as a small number of European stocks.

Along with an excellent app, there is also a full desktop platform available. Trading 212 is great for people who want to trade in both US and UK stocks. Similar to Stake, Trading 212 also offers a number of stocks as fractional shares.

Yet another Robinhood alternative is the extremely popular trading app, Freetrade. With US stocks available and having recently launched fractional shares, it can now definitely be considered an alternative to Robinhood. While Freetrade doesn’t offer as many US stocks as Stake or Trading 212, it does offer UK stocks also. Again, as the name suggests, there is a strong focus here on commission-free stock trading.

Freetrade has a beginner friendly app interface. It also has an active community and loyal fan-base. However, it does miss out on more advanced data and analysis. For those two features, you are better off with Stake and Trading 212.,

Freetrade comes with a great offer of free stock on signup worth up to £200.

Is Robinhood Available in the UK: Conclusion

As you have seen so far, Robinhood is not available for use in the UK. They were planning to launch it but because of some issues that they faced in America, they were forced to cancel their UK plans. As of now, they have been postponed indefinitely so you will be better off choosing from a UK based alternative instead of waiting for Robinhood to eventually launch. You can even sign up on multiple platforms at the same time and try them for a few weeks with the free stocks that you get. Hopefully, all of this information will help you choose the best Robinhood alternative in the UK.

A Guide on How to Remove MSM from Ice with Water

Everything You Must Know About Casino Licensing Around the World