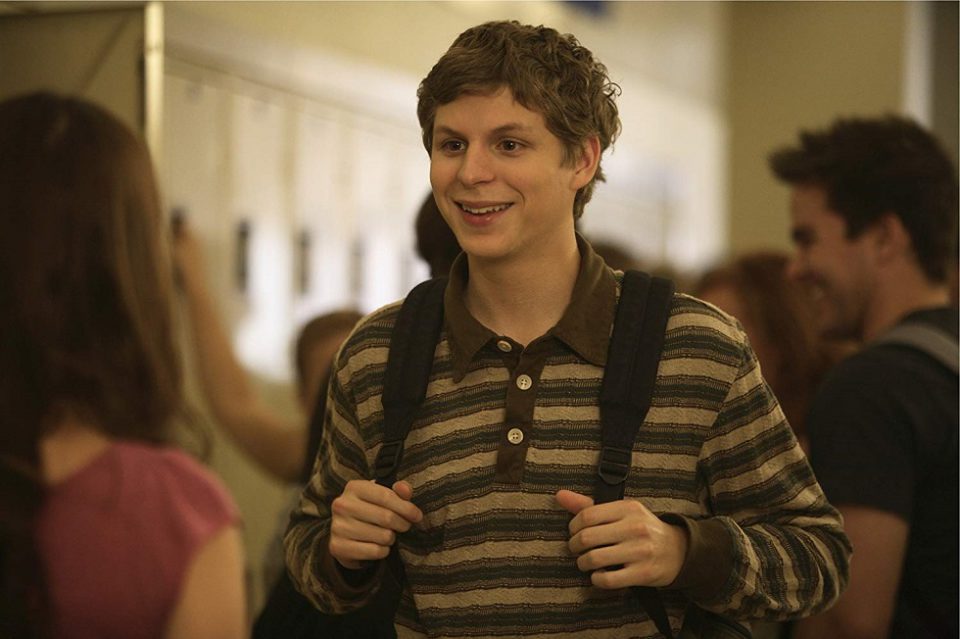 Michael Cera gained fame as the teenage son George-Michael Bluth in the highly-acclaimed comedy Arrested Development. But this Canadian born actor is a hidden gem when you learn more about his life and his talent. Check out these 20 cool facts about Cera and be amazed!

Michael Cera: 20 Amazing Facts About The Actor We All Love!

Both of his parents worked at Xerox. His mother Linda is from Quebec and father Luigi Cera is from Sicily. Cera is the only son of three children. His older sister, Jordan, he describes as a “really good painter” and a younger sister, Molly, is a “really good writer”.

2. From the tender age of 3 he became a huge fan of Ghostbusters and “dreamed” of playing Bill Murray’s character Dr Peter Venkman.

He even memorised all his dialogue word-for-word. Cera thought the Lost in Translation protagonist was “the coolest guy in the world”.

3. He filmed the pilot of Arrested Development when he was just 17.

Cera returned to his role as George Michael in the fifth season of Arrested Development in 2018.

4. With best friend Clark Duke, the actors produced a series of short videos called Clark And Michael, a mockumentary which follows the pair’s attempts to write and sell a pilot for a TV series. Cera described the characters in the low budget project as “more idiotic and more deluded” versions of themselves. It was planned for the American adult comedy channel Adult Swim but was made into a “dot-comedy for CBS”. Cera thought the internet seemed like “such a step down”.

He made a huge name for himself by depicting a high school student in Superbad and playing the lover of orange-flavoured Tic Tacs in Juno. For his portrayal of Paulie Bleeker, he won the gong for ‘Breakthrough Artist’ in the Austin Film Critics Association Awards that year. Despite the success of Juno, Cera was always against the idea of a sequel, stating that “it’s nice the way it is” and that “it’s a nice story that has been told”.

6. Soon after his performance in Superbad, Cera was ranked number one in Entertainment Weekly’s ’30 Under 30′ actors list.

7. The baby-faced Canadian featured as a backing singer for American rock band Weezer, providing his vocals for ‘Hang On’.

A fan of the band, Cera revealed his favourite album of theirs is Pinkerton.

8. The young film star has many different sides, reportedly being a member of the Interstate 5 Tennis Association.

9. The talented Cera got busy learning Spanish for his recent film Magic Magic. The director SebastiÃ¡n Silva (famous for Sundance Festival hit The Maid) claimed Cera spent five hours a day learning the language for the psychological thriller that is set in Chile. The Youth in Revolt actor’s surname even means “wax” in Spanish, Italian and Portuguese!

10. When growing up, Michael’s crush was Kelly Kapowski from Saved by the Bell, who was played by Tiffani Thiessen. The geek-chic hero apparently hasn’t had the most settled love life. According to the tabloids he dated Knocked Up actress Charlyne Yi, but reportedly dumped her because he was “itching to date other people”. Yi laughed off the reports though, saying: “We weren’t dating at the time… or ever!”

11. Michael Cera played a fictionalized version of himself in the independent romantic comedy Paper Heart (2009), which followed the fictional relationship between Cera and the film’s writer Charlyne Yi, also playing herself. Cera and Yi composed the film’s score together.

12. Michael Cera’s first published short story, “Pinecone”, appeared in McSweeney’s Quarterly thirtieth issue. Cera was cast as Scott Pilgrim in the film adaptation of the graphic novel series by Bryan Lee O’Malley after the film’s director Edgar Wright had seen Arrested Development and needed an actor “audiences will still follow even when the character is being a bit of an ass”. The film, Scott Pilgrim vs. the World, follows Pilgrim, a musician who must battle the seven evil exes of his girlfriend Ramona (played by Mary Elizabeth Winstead). It was released in cinemas in August 2010, whereupon it became a box office bomb after just grossing $47.7 million against a production budget of $85–90 million.

13. Michael Cera made a guest appearance in “The Daughter Also Rises”, a 2012 episode of the animated sitcom The Simpsons as the voice of Nick, a love interest to Lisa Simpson.

14. Michael Cera collaborated with Chilean filmmaker Sebastián Silva on two films in 2013 – Magic Magic and Crystal Fairy & the Magical Cactus – both of which were filmed in Chile and premiered at the 2013 Sundance Film Festival. He spent “five hours a day learning Spanish” for Magic Magic.

15. A “giant fan” of director David Lynch, Cera made a guest appearance in the 2017 revival of Lynch and Mark Frost’s television show Twin Peaks in the show’s fourth episode, as Wally “Brando” Brennan, the son of Deputy Sheriff Andy Brennan and Lucy Brennan. The appearance contained several references to the work of actor Marlon Brando as Wally shares the same birthday and is nicknamed after Brando.

16. Cera returned to the stage in March 2018, starring in a second Kenneth Lonergan production, Lobby Hero, at the Helen Hayes Theatre on Broadway. The play also stars Chris Evans, Brian Tyree Henry and Bel Powley. Cera and Henry are both nominated for Best Featured Actor in a Play at the 72nd Tony Awards.

17. Cera appeared onstage again in October 2018, starring in the third Kenneth Lonergan production, this time a revival of The Waverly Gallery at the John Golden Theatre on Broadway. The play also starred Elaine May, Lucas Hedges, and Joan Allen.

18. Cera co-starred in the 2018 drama Gloria Bell, with Julianne Moore as the title character.

19. Cera’s upcoming projects include the animated comedy Blazing Samurai about a dog who wishes to become a samurai.

20. Cera has also established himself as the touring bass player in Mister Heavenly, an indie rock band originating in the American northwest, and is a member of the band The Long Goodbye, along with Clark Duke.

Cera also played bass and sang back up during songs in both Scott Pilgrim vs. the World and Nick and Norah’s Infinite Playlist. He released his full-length debut album True That on August 8, 2014, through his official Bandcamp page. The album features 19 original tracks, a cover of Roderick Falconer’s “Play It Again” as well as a cover of Blaze Foley’s “Clay Pigeons.”

7 Of The Best Bars In Calgary + Reviews!

Menno Versteeg: A Brief Snapshot of His Life and Career

10 Best Online Horror Games to Scare the Bejesus Out of You!