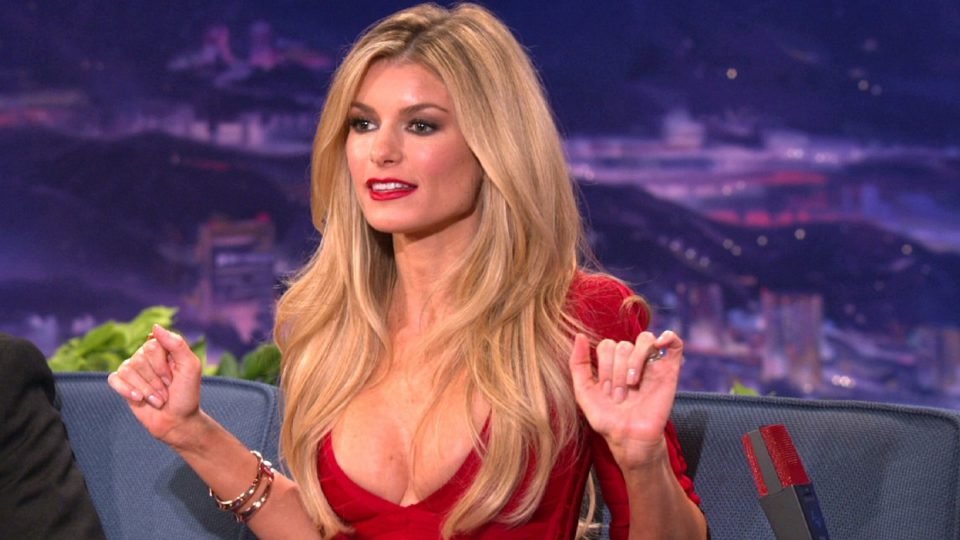 Marisa Miller is one of the most popular models who have worked as Victoria’s Secret Angel. She is widely considered to be one of the most iconic supermodels in recent memory. Marisa Miller’s popularity helped her earn the label of the “return of the great American supermodel.” In this post, we will find out more about her.

Who is Marisa Miller?

Marisa Miller is a famous American supermodel who is extremely popular for her work as a Victoria’s Secret Angel and appearances in the Sports Illustrated Swimsuit Edition. She is definitely one of the most popular supermodels of the 21st Century.

When was Marisa Miller born?

Marisa Miller was born on August 6th, 1978. Her family surname is Bertetta. Marisa Miller married a Los Angeles lifeguard and surfing coach Jim Miller in 2002. Even though she got divorced in 2022, she decided to keep the surname, Miller.

How did Marisa Miller become so popular?

Marisa Miller was photographed by famous LA photographer Mario Testino for famous fashion magazines like Vogue. She was discovered at the age of 16 by Mario Testino on a California beach. The famous photographer took some photos of her and told her that she would be a top model one day.

Within a few weeks, she was in New York posing for the cameras. In 1997 Miller was gaining public attention after appearing in Perfect 10 magazine. However, she finished in third place behind Ashley Degenford and Monica Hansen in Perfect 10 magazine’s first annual model search. After this, she appeared repeatedly in subsequent issues, including the covers of the Winter 1998, August/September 1999, and Fall 2004 issues.

She started working for Vogue in 2002. Five years later, Marisa Miller became a Victoria’s Secret Angel. In 2008, she reached the absolute peak of her popularity when she appeared in the Sports Illustrated Edition. The magazine sold in record numbers and Marisa Miller became a global fashion icon and a sex symbol. Maxim magazine ranked her at the top of its Hot 100 list for 2008. In 2010, Marisa Miller was also the winner of FHM Magazine’s “Sexiest Woman in the World” poll.

Is Marisa Miller the spokesperson for Harley Davidson?

The Californian supermodel Marisa Miller, who had just been chosen by FHM magazine as the sexiest woman in the world, was cast as the face of Harley Davidson as well.

And if the mere presence of the model was not enough, the start of the campaign coincided with the election of the supermodel as the sexiest woman in the world according to a survey carried out by FHM magazine, with all that this entails at a level of advertising.

The gorgeous supermodel was seen in a new avatar during the ad campaign. Gone were the flowing, pretty dresses that she rocked on the world’s runways and she was decked in proper biker gear. It’s also good to know that Marisa Miller has a motorcycle license as well. Denim and leather…brought us all together…it was you…that set the spirit free.

Marisa Miller, who is also the face of Victoria’s Secret lingerie brand, has assured that for a few moments, she does not mind abandoning her role as a supermodel and becoming a real biker. “Everyone thinks that I only had to sit on the bike to pose and look pretty. But the truth is very different. I also ride. Just so you know, I ride. It was fun to do something dirty and just ride and show people that I know how to do it.”

What are some of the ad campaigns that Marisa Miller has appeared in?

The American supermodel has countless magazine covers to her credit and has been featured in numerous ad campaigns for Victoria’s Secret, NFL, Marc Jacobs and most recently Harley-Davidson Motor Company, Diageo, DIRECTV, Tommy Hilfiger, “Guitar Hero” from Activision, Michael Kors, True Religion Brand Jeans and Vans, Inc, among others.

Marisa Miller’s ad spot for Guitar Hero was not broadcast for being “too racy”.

In 2008 she was chosen for the coveted cover of Sports Illustrated magazine’s swimwear issue; she topped the “Maxim’s Hot 100” list and became Victoria’s Secret’s most famous angel. She has walked the catwalk for the underwear brand since it went on the market.

Marisa Miller has appeared in the series “The Entourage”, “How I Met Your Mother” and “Gary Unmarried”.

Marisa Miller also made her movie debut with R.I.P.D.

Who is Marisa Miller’s husband?

What are some other things that Marisa Miller does?

Winter Months Can Be Harsh for People With Joint Pain – Know What to Do!