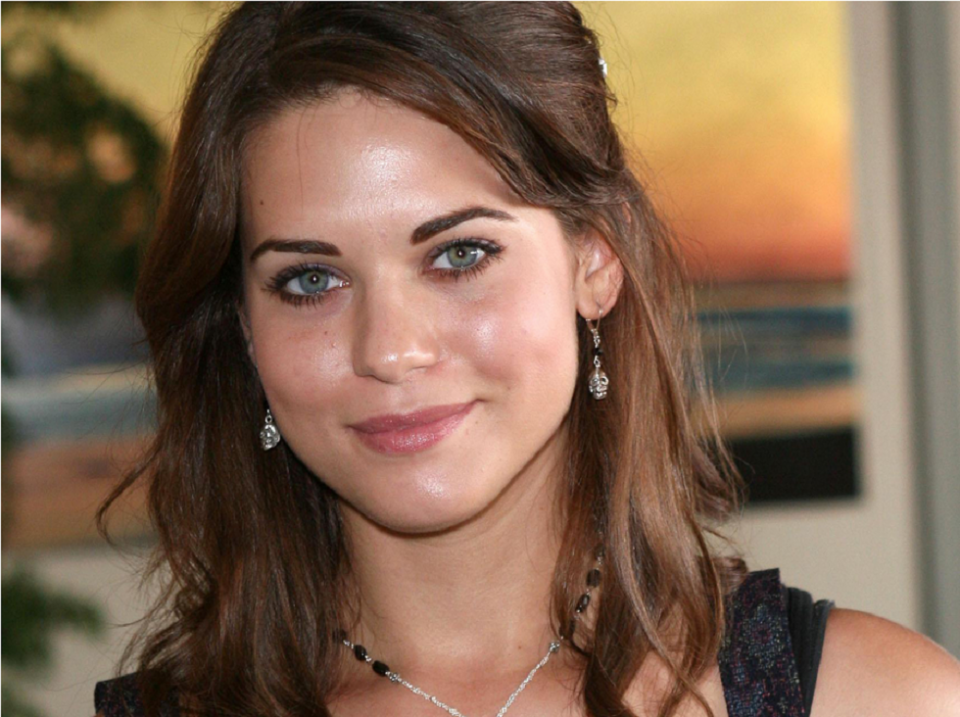 Lyndsy Fonseca has the ability to take versatility to a whole other dimension when it comes to acting. By effortlessly blending into her roles, you know her as Ted’s daughter (Penny Mosby) in How I Met Your Mother, and Dylan on Desperate Housewives, or perhaps you know her as Alexandra “Alex” Udinov in The CW’s Nikita which aired from 2010 to 2013.

But how much of her personal life has been discovered? You think you know her, but you don’t know her at all, until now!

The Personal Life of Lyndsy Fonseca

The actress was once quoted saying: “Literally since I could walk… I was performing”.  The following are her TV shows:

Nikita isn’t the only place you can catch this brunette on TV, Lyndsy Fonseca famously appeared on How I Met Your Mother, where she plays the main character: Ted’s, future daughter who sat on the family couch and judged her father.  Penny Mosby and her brother were listening to the story of “how dad met their future mom” and they should have got out of it while they could, because his story went on for 9 seasons! Yikes!

Okay all jokes aside, yes, the show was very successful and one of the reasons why is because the children looked like they never aged. Time was literally made to stand still as the shooting was completed way before puberty could stamp its proof of change. The following are some of the behind the scenes secrets and details revealed by Lyndsy Fonseca:

Both actors Fonseca and Henrie went back a few times the first season before they started going through puberty and all of a sudden became older. The creators were like, ‘Oh, no. This isn’t good,’” recalls the actress with a laugh. To work around their rapidly growing bodies, the two young actors were made to shoot stock footage to be used in future episodes, including the series finale.

“Everyone abandoned the stage, and it was just me, Lyndsy and the two show creators,” remembers Henrie.

Lyndsy Fonseca and Henrie also had to sign [non-disclosure agreements] for secrecy. Fonseca once said “We signed a confidentiality agreement saying that we would not say who the mother is. They also didn’t know how many years the show was going to go. They filmed the ending of the show then just to have it.”

For his part, Henrie says, “I do remember. I think I remember. We’ll see.” So good luck trying to pry it out of these two – not that people haven’t tried. “My friends and my family are the worst,” adds the actor, “[and] especially people at bars who try to get me drunk to get it out of me.”

A family reunion also occurred when Fonseca saw the reveal of The Mother in last season’s finale:

“ I had an “A ha!” moment “I was like, ‘Why does that face…? Why does she look so familiar?’ It was driving me crazy,” she says. “And then my boyfriend reminded me that we had seen her on Broadway doing Once. She was absolutely fantastic. She is incredible. I’m really excited to see her do more on the show. I think it’s a great pick. She’s very talented. I’ve only ever seen her in Once, but I was blown away.”

The actress still counts herself as a fan of the show and regularly watches it.

What is Lyndsy Fonseca’s age?

Lyndsy Marie Fonseca is 33 years old as she was born on January 7, 1987, in Oakland, California. She grew up without any siblings, but she has a step sister. Although her parents divorced soon after her birth, her mother remarried after a few years.

Who is Lyndsy Fonseca’s husband?

Lyndsy Fonseca dated actor and director Matthew Smiley for a few years, before marrying him in 2009. Smiley hails From Montreal, the French and English speaking part of Canada. However, her marriage turned out to be a rocky affair, and the couple split in 2012. The next year, she filed for divorce and stated that Matthew was impossible to live with and that the issues between them could not be resolved.

Lyndsy then started dating actor Noah Bean. In early 2016, she announced her marriage with Noah. She and husband Noah Bean, her co-star from the nighttime series Nikita, welcomed their daughter Greta Lilia Bean on February 2nd  2018.

What is Lyndsy Fonseca’s height?

The actress is well known for her portrayal of “Alex” in the TV series Nikita, where she has to go out on missions in which she gets to be all made up and wear fancy dresses. The actress once commented about this saying:

“In real life, I’m very girlie, but I think that when I’m playing Alex, I kind of take on her personality. She doesn’t care about that stuff, so I don’t. Besides, when you’re wearing makeup and you’re in heels and a dress 16 hours (of shooting) a day, it loses its appeal.”

Lyndsy Fonseca was born in Oakland, California, to her mother Lima Lynn (née Bergmann) and James Victor Fonseca. The Cali native is partly of Portuguese descent which highlights her facial features and that luscious hair.

Her mother later married attorney Reid Dworkin who became Fonseca’s stepfather, and she has a half-sister: Hannah Leigh Dworkin. The actress graduated from Barbizon Modeling and Acting School in San Francisco and relocated to Los Angeles at age 12 to pursue acting.

She soon made her screen debut as Colleen Connelly-Carlton on the soap opera The Young and the Restless. When asked about her experiences on Y&R, she said:

“I was so young — just a baby. It really prepared me well, though. It taught me how to learn lines. There would be times when we’d do 80 (script) pages a day, compared to seven to 14 for prime time. It was like a TV boot camp.”

Lyndsy Fonseca is a woman of many talents but just like us, she’s had some embarrassing moments. On story was described as:

It was my fourth day at Y&R, I was up soon, and I ran to the bathroom. When I was walking back, people were saying, “You have something on your leg,” and I looked down and there was toilet paper inside my pants and looped under my shoe.

Spy alert! She’s watching you, maybe that’s because of her love for Spy movies! Double agent Alex is arguably the most complex role on Nikita, and the actress manages to show the strain Alex is under without ever tipping her hand. If spies had Oscars, she’d win without a doubt!

Lyndsy Fonseca was once quoted for her love of such roles saying:

“I certainly loved Jennifer Garner in “Alias,” and there are some similarities between that show and ours, although we’re definitely different. I think it’s cool to have women on TV who are strong and kicking some (butt)”.

But with all gains, comes a little pain. As the show Nikita required her to do a lot of tough, physical work, the actresses said:

It can be very draining. For an episode we recently shot, I get tortured. There was a lot of running involved and electrocution stuff. “… At the end of the week, I just want to collapse into the sofa. “… On the other hand, I love the stunt work. It really gives me a feeling of empowerment. After every episode, Maggie and I compare our bumps and bruises.

Lyndsy Fonseca was an enthusiastic dancer since her early years and never missed a single local dance competition. She joined dance classes early in her life, and by the time she was a teenager, she had become a popular young dancer in her neighborhood.

Dance also helped Lyndsy Fonseca get in shape, in fact, she tap dances. Lyndsy isn’t ashamed to show off her dancin’ feet, as she tweeted one cute shot of her soap opera days.

“When I was a dancer, I felt this great sense of knowing my body and being in my body, and I think it’s really easy as women to lose that and not really be one and loving it.

I wanted to be a dancer my whole life. And when I gave it up to act, I always had a really sad part of myself that missed it and missed performing and missed being physical in that way.”

But everything changed in her early teenage years, as she started dreaming of becoming an actor. Lucky for her, at the age of 13, she participated in an event organized by the ‘International Modeling and Talent Association’ (IMTA), where she earned third place in the ‘Young Miss Dancer of the Year’ competition. She also became the first runner-up in another competition at the same event. The event was a huge opportunity for her, as it was attended by a few talent agents who could have helped her get a direct entry into the entertainment industry.

The dancer moved to Los Angeles at the age of 12, and as her performances at the ‘IMTA’ event had already created a buzz in the industry, Lyndsy Fonseca was offered a role in the soap opera ‘The Young and the Restless’ and the rest as they say, is his(or her)story!