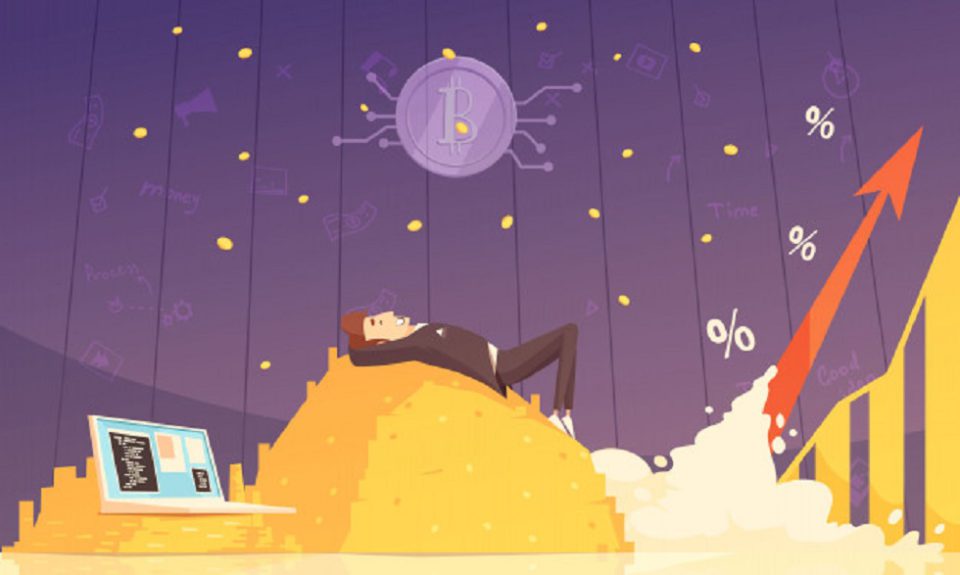 Wall Street is bullish on Bitcoin and cryptocurrencies. Investment firms Goldman Sachs, Morgan Stanley and BNY Mellon, believe in the possibilities of blockchain technology. Bitcoin is becoming more mainstream every year. Its price is bound to settle in the future. Exactly when that happens is unknown. Most likely, Bitcoin will continue to be a highly volatile asset in the near future. Despite a rocky path, Bitcoin is on its way to match the market cap of gold, $1.1 trillion versus $10.6 trillion. Experts suggest that Bitcoin could potentially surpass it in the future. Bitcoin is often mentioned as a store of value, similar to gold. But it is important to note that Bitcoin has utility as a technology, and its value should rise as Bitcoin’s blockchain sees more adoption in commonly used digital services. The many Bitcoin benefits include its limited supply, which works as insulation against inflation, its decentralized nature and the fact that it is 100% digital.

Meteoric rise over a 12-month period

Bitcoin is up over 800% over a 12-month period. A difference between previous Bitcoin highs is that this time around, a wave of institutional adoption is driving the price. As we mentioned, financial institutions such as Goldman Sachs and Morgan Stanley are planning to expose Bitcoin and other cryptocurrencies to their wealthy clients. What cryptos will be included remain to be seen, but Bitcoin has already been singled out. Ethereum is another candidate that will likely be included.

Financial service company Fidelity Investments recently filed an application for a world-first Bitcoin exchange-traded fund. All of a sudden, adoption is happening quickly, and it is exciting to think of the prospects of Bitcoin and other cryptos, considering how fast people and companies are reacting.

Payment processors are lining up to process crypto transactions

Only a few days ago, PayPal announced that its users would be able to pay for merchandise using cryptocurrencies. The announcement came just one day after Visa said it would process crypto payments. Back in February, MasterCard revealed their plans of facilitating cryptos as of 2021.

Will Elon Musk be right again?

The forever-controversial multi-billionaire, Elon Musk, who is currently the Technoking of Tesla, announced earlier this year that Tesla would start accepting Bitcoin payments for their electric vehicles. This announcement came following Tesla making a $1.5 billion investment in Bitcoin earlier this year. Musk has a solid track record of being visionary and acting on his beliefs. Starting with X.com (later PayPal) in 1999, space travel and SpaceX in 2002 and electric vehicles through Tesla in 2003. Successful venture capitalist and entrepreneur Peter Thiel, who co-founded PayPal alongside Musk and later went on to found Palantir Technologies and other successful companies, said that he would never bet against Elon Musk. Thiel has said that Musk could be considered lucky with the massive success of launching a private space company. Musk could also be considered lucky with the massive success of launching an electric car company. But starting, and building both companies, in such diverse and difficult sectors, at that time, does not come down to luck. Many experts probably thought he would fail with PayPal as well at the end of the 1990s and during the Dot-com bubble, look how that turned out. It remains to be seen whether he is correct about Bitcoin’s importance in the future. Many people and lately financial institutions are banking on it.

The Benefits of Playing Poker

What to Look for In a Mortgage Rate Calculator