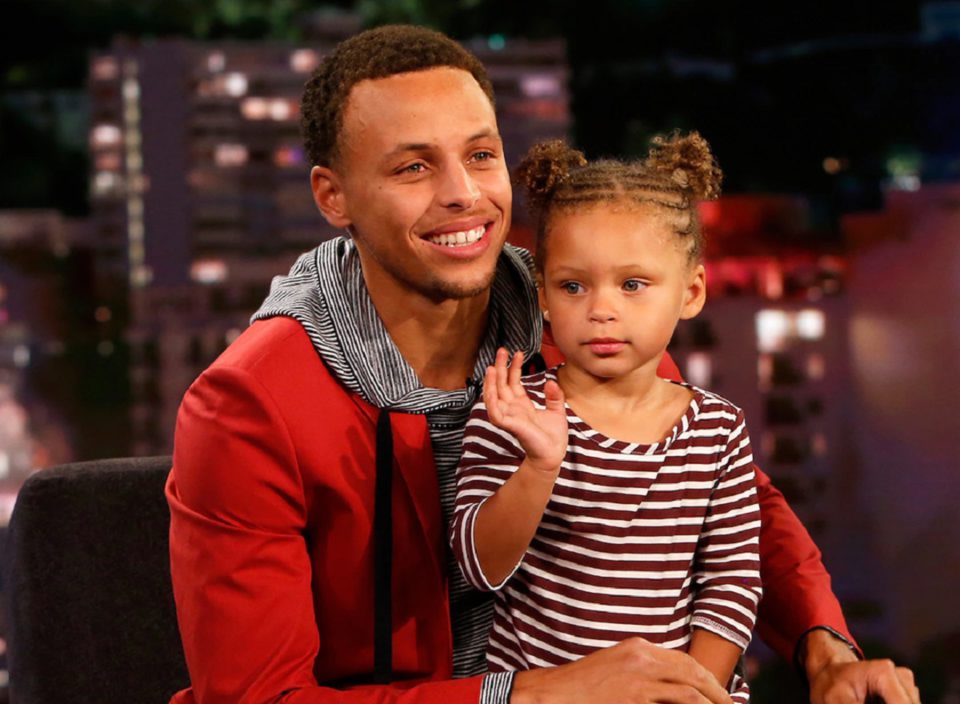 Stephen Curry does have a reputation for being a devoted husband and father who has prioritized his family throughout his public career. The Warriors shooting guard chose to give his oldest daughter Riley Curry a unique present on her birthday because of this. Curry gifted Riley, who turns 10 on Friday, a fresh version of the unannounced “Curry 10” sneakers as he unveiled his newest trademark shoe.

Who is Riley Curry?

Riley Curry is an American child model as well as the oldest child of Stephen Curry, a former American professional basketball player for the Golden State Warriors of the National Basketball Association, and Ayesha Curry, a Canadian-American actress, well-known chef, cookbook author, and television personality. She first caught the public’s eye in May 2015 as a result of being forced to attend several of her father’s post-game press conferences. Since then, she has been the star of the show on each of her visits. Before she turned five, he participated in three NBA finals, when he witnessed her father win consecutive MVP awards that earned a unanimous vote.

She was recently seen on video in May 2018 shaking hands with her father in an eight-step scripted victory handshake following the Warriors’ Game 7 victory in Western Conference Finals. Riley, who is renowned for flaunting her dance moves on her birthday, celebrated her third birthday by performing to Silentó’s “Watch Me (Whip/Nae Nae)” and her sixth birthday by participating in the “#InMyFeelingsChallenge” by moving to the tune of Drake’s song, “In My Feelings.” In August 2016, she and her parents made an appearance on television for the first episode of TLC’s “Playhouse Masters” series.

Her Rise To Stardom

On May 19, 2015, Riley Curry made her stage debut at the age of 2 in one of her dad’s post-game news conferences, winning the emotions of basketball fans from all over the world. She insisted on sitting on her dad’s lap, which he was obliged to allow. She even requested him to “be quiet” while he fielded questions from reporters, and she did so with a delightful giggle that stole the show from her father. She kept waving at the reporters, spoke into the mic, and even ducked beneath the table. She was caught on camera distracting the reporters, and NBA later posted the clip on their social media sites, where it received over 3 million views.

A few weeks later, around May 27, 2015, she made another appearance on stage during one of her dad’s press briefings. This time, she took over the microphone and sang Big Sean and Drake’s song “Blessings” in front of the media. NBA posted a second video of the event on their authorized social media accounts, and within a few weeks, the video had received over 2.5 million views. Within several days, 500,000 people had tweeted about her, and GIFs and memes had been created from her stage appearances. Fans now routinely anticipate her spirited performances both during and after matches, just as they do with the Warriors’ consistent victories.

Riley Curry may appear too little to stir up trouble and too adorable to draw attention, but after regularly interrupting her father’s press conferences, some people voiced worries that Riley was too at ease to cause trouble and chastised her parents for letting her do so. After that, her mother responded, saying that it was crucial to allow kids to be kids and that it was perfectly acceptable to act as a parent even at a public event.

The superstar of the Golden State Warriors scored a decent 62 points on Tuesday in the pop-a-shot game known as Super Shot. Curry made 3 more baskets before the time ran out, but they didn’t count, so he still seemed satisfied with his play. Curry may be seen competing in a separate basketball match in another video. This time, he and his wife Ayesha were competing against one another in a basketball-themed connect four game. While he chose red, she played with the colour yellow. Although it’s uncertain who won the match, what matters would be that the family seemed to have been having a great time.

Curry has a reputation for being a deadly 3-point shooter, but this year he officially cemented his status as the best shooter in NBA history by breaking Ray Allen’s career mark of 2,973 made 3-pointers. Along with a large list of other achievements, such as 4 NBA Championship medals and two Very Valuable Player awards, Curry has hit 3,117 3-pointers in their career during his 13 seasons in NBA. These successes don’t often come with quite a teddy bear as a prize, even if they could be marginally more amazing than the 62 points in pop-a-shot.

Building Your Online Casino Empire: Tips for Getting Started