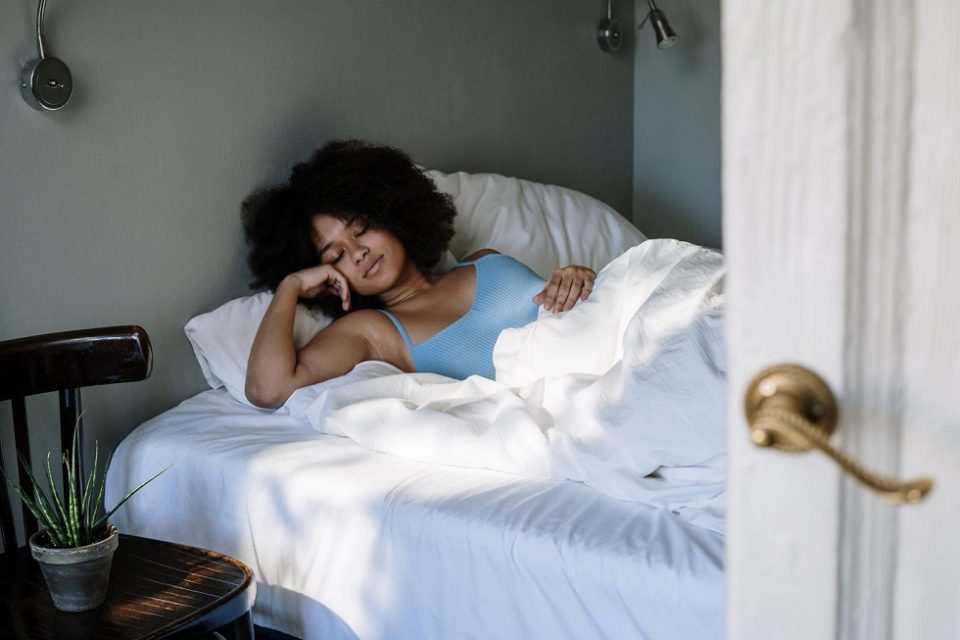 Believe it or not, insomnia has become a very present problem in our society, perhaps thanks to the rise of technology and how constantly we are using it to deal with our affairs. Studies have claimed that from 10 to 30% of adults suffer from chronic insomnia, but it depends entirely on the culture.

This means that, for every 100,000 adults, from 10,000 to 30,000 suffer from insomnia. And the most alarming this is that these numbers just seem to be increasing, regardless of how much protagonism mental and physical health started to gain once the pandemic started.

The weirdest is that, during these times of quarantine, insomnia has become an even more present problem, as well as anxiety. Because of the stress and distress, the quarantine has made us go through, some solutions became popular among mental-health enthusiasts.

Some of them include doing exercises, eating healthy, and meditating. But for some people, I included, these solutions did work, but not as effective when it comes to insomnia and anxiety. This is why I decided to try out CBD, specifically speaking, CBD tinctures, to see if the health benefits of cannabidiol would come in handy.

This is important to know because THC is the one compound getting people high whenever they smoke cannabis or consume any product derived from it. This, of course, can be unpleasant for some people who dislike the experience of being intoxicated by the plant, thus, cannabidiol might be better for the general population.

Although research is still in its early stages and there’s much to know about it, cannabidiol has gained a lot of popularity in the community because of its capabilities, with the most important aspect of the cannabinoid being its analgesic capabilities.

For a lot of people that suffer from pain-inducing conditions, cannabidiol has become their miraculous panacea, being able to relieve their pain and even calm down their symptoms to some extent. This is especially true for people who suffer from arthritis, a very common condition in senior people.

There are also those who, just like me, use cannabidiol to relieve anxiety and fight sleeping disorders like insomnia. Although insomnia is caused by different conditions, relaxing and getting drowsy is a really good way to deal with it, and cannabidiol is capable of achieving relaxing effects.

There are also other benefits as well, but since there’s much to know about it, they are mostly claimed by the community.

There are little to no differences between all the products, since overall, they can achieve the same things, only varying in duration, intensity, and how much it takes to kick in, as mentioned over here https://www.medicalnewstoday.com/articles/cbd-oil-vs-tincture.

I mainly use tinctures because of its reliability as well as how comfortable and discreet it is. Just a single drop (easy manageably dosage thanks to medicine droppers) and the effect will kick in after 10 to 15 minutes.

Oil is very similar to this since it can be easily manageable as well, but some people might dislike it because of its taste or texture. Tinctures can be consumed along with other things or just taken sublingually, which makes it a simpler option.

Edibles, oils, and tinctures tend to take the same time to react and usually last for 3 to 6 hours depending on the amount consumed. Edibles, though, tend to be on the expensive side, but are very tasty choices.

Since CBD can also work in pets and provide pretty much the same benefits, pet owners frequently get snacks over oils just because of how easy it is to give it to their pets. Still, there are also more reliable alternatives, at least for cats, such as CBD catnip. If not, you can always get a spray as well.

Smokable versions of CBD are much stronger, though provide a much quicker, intense effect. They last for less, though, with the peak of the effect coming after 1 hour, and the effect lasting no more than three hours.

Still, cannabidiol in all forms will be able to provide the benefits you are looking for, but I have recommendations. If you are using it to fight against sleeping disorders or just to calm down anxiety, you should go for tinctures, oils, and edibles.

The strength of the smokable version (either strains or CBD vaping oil) might be too intense for some people, but there are also those who prefer that since it becomes easier to sleep. The later options are great for pain-inducing diseases and inflammatory complications, though! Because of how quick they act and how powerful the effect is, calming down pain and inflammation is much easier with these.

Still, it all depends on your circumstances. You might suffer from an inflammatory condition, that although doesn’t cause a lot of pain, lasts for a long time. On these occasions, tinctures, edibles, and oils are much better because of their duration!

What Canadian Summers Mean for Your Skincare Routine?

What Are Low Deposit Online Casinos?

COVID-19 in Canada – Would Losing Weight Help You Survive?

Here Are a Few Ways You Can De-stress