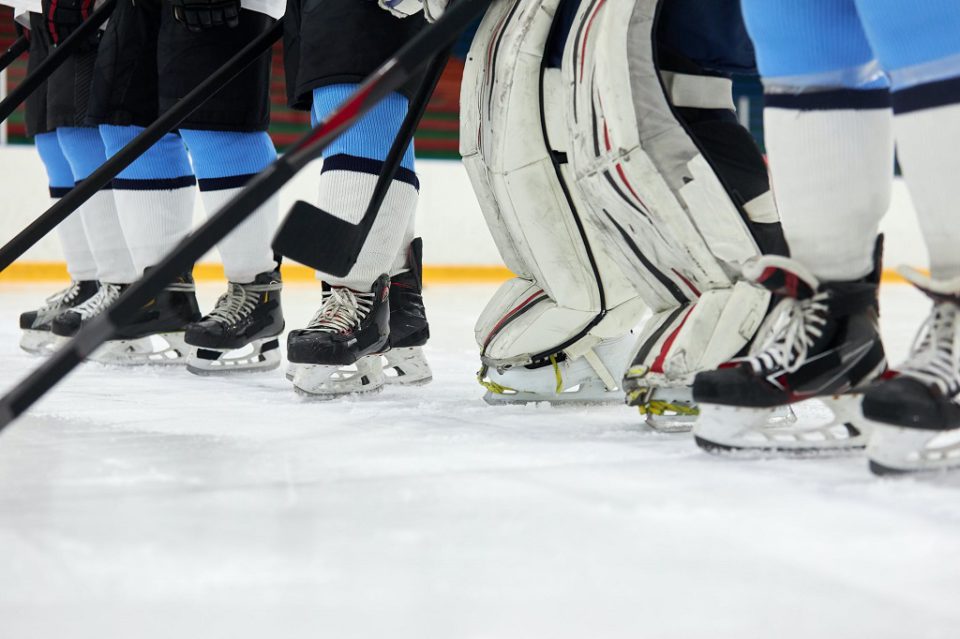 It’s fall in Canada, and that means only one thing: hockey season is almost here! Your favourite NHL team is about to start their run for the Stanley Cup. Have you been training in the off-season as hard as they have?

There are all kinds of incredible training equipment you can get to work on your on-ice skills from home, so let’s take a look at how you can boost your ice hockey skills before the first game of the season.

The difference between burying your shot and shooting wide might only be a fraction of an inch, but it could determine the outcome of a game. Being a lethal sniper involves getting the reflexes to cradle the puck once it touches your stick, then get a hard and accurate shot away with a quick release.

Sometimes, people practice shooting pucks in the driveway, but they’re reluctant to fire it at full speed because if they miss the net, it will damage the wall (or garage door) behind it. Shooting tarps from market leaders like HockeyShot Canada let players take hard slapshots without fearing they may accidentally put a hole in the wall.

You shouldn’t feel timid about shooting hard when you practice, or you won’t develop the reflex to fire with maximum strength in the game.

Whether you’re trying to emerge from your zone with the puck on your stick or trying to dangle an opposing player, stickhandling is a vital skill that can be a real difference-maker. Players need to keep the puck on their stick while freely scanning the ice, so they can keep track of where teammates and opponents are when it comes time to pass.

A dangler is the tool needed to practice these skills. Weave the puck in and out of your dangler to create an infinite number of practice drills. The best danglers are designed to withstand years of punishment from sticks and pucks so you can practice season after season.

The “saucer pass” is an invaluable skill that lets players get the puck through traffic by having it rise above a defensive stick and land right on their teammate’s tape. Getting the motion right so the puck hovers and then falls at just the right time takes a lot of practice.

Modern trainers come with mini nets that are obstructed from the top, so players need to lay precise passes down, so they rise just above the object in their way and underneath the blockage. These training tools lead to unlimited games you can play with friends because it’s always better to have someone to pass the puck to.

You never know when you’ll need to rifle home a shot, deke a defender, or slickly distribute the puck, but you need to be always ready. Refining your skillset can get you more ice time and help your team win games. Use modern tools like those described above to train your ice hockey skills from home, so you’re sharp and game-ready the moment that puck drops.

How to Avoid Closing Day Problems in Canada

Five Signs of a Trustworthy VPN Service for Canadian Users