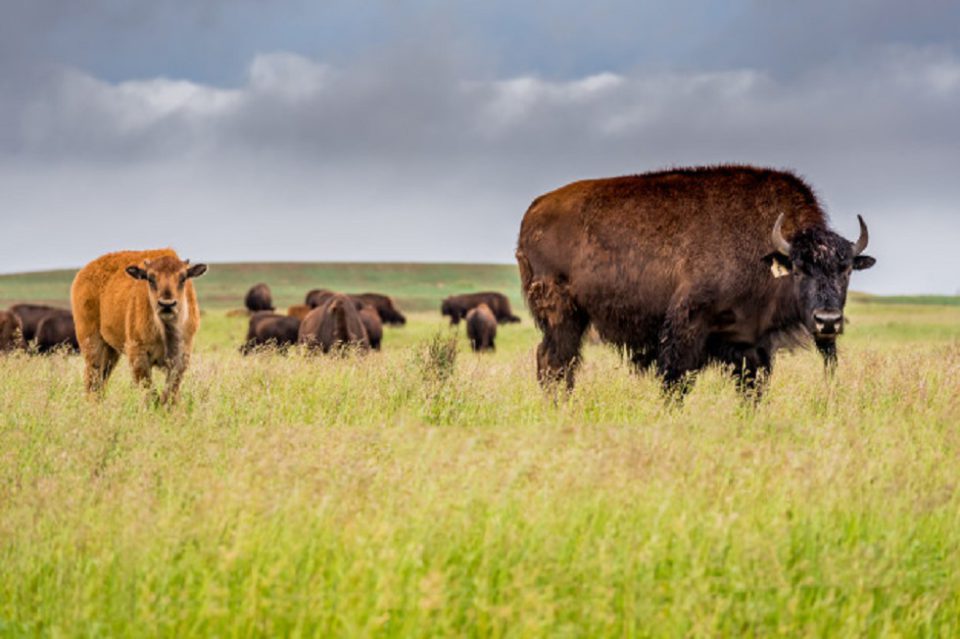 The Canadian Prairies are spread over the Western part of Canada, specifically over the provinces of Alberta, Saskatchewan, and Manitoba. Located in the Western part of Canada. The North American Prairies started their formation when the Rocky Mountains started rising near the modern day province of Alberta. The rising mountains trapped the moisture laden winds and created a rainshadow region which resulted in lower precipitation rates downwind. The parent material of most prairie soil was distributed during the last glacial advance that began almost 110,000 years ago. The Prairies are home to the unique Black-tailed Prairie Dog. The southern part of the grasslands is home to the Short-horned Lizard and Western Rattlesnake. The Canadian Prairies are also the home to the Black Bear, Moose, Sharp-tailed Grouse, Beaver, and Red Fox. Many species of frogs and toads are also found in the Canadian Prairies. This entire region is one of the most highly populated places in Canada. As per the latest census, almost six million people live in the area.  The terrain of the Canadian Prairies is very gentle. A lot of people call Saskatchewan the “flattest place on earth”. The region is in a temperate grassland biome, which sustains the most wheat grown in Canada. The Canadian Prairies are very diverse when it comes to their geography. These are the three main parts: the Canadian Shield, the Western Cordillera, and the Canadian Interior Plains. But what is the future of this beautiful region in the future if climate change/ global warming is as active as it is today?

Canadian Prairies: What to Expect in the Future?

Current Climate of the Prairies

The prairie climate is of the continental kind. Summers tend to be hot with the average temperature hovering around 20*C. Winters are exactly opposite and very frigid with the average minimum temperature around -20*C. The annual precipitation in the prairie regions varies from 250mm to 700mm. The climate in the prairies is perfect for wheat crops, and thrives in this atmosphere.

Future Climate of the Prairies

Meteorologists have warned that the climate in the Canadian prairies might become three times hotter in the future. Winnipeg would have about 46 days of temperatures soaring above 30*C. Regina with a sum of about 49 days, and Calgary with 28 days above 30*C. The change makes the prairies much hotter then it is right now, in comparison Fort McMurray has about 3 days above 30*C, but in the future, the city can face about 20 days with the same temperature. Not only will the summers get warmer but the winter season will be affected as well. The prairies will start to have shorter and warmer winters which will also impact the region. While that is definitely not desirable for the Canadian Prairies, the impact of that is going to be more profound and will be felt all over Canada. Here are the three main issues that the Canadian Prairies will face in the future because of increasing temperature:

1. A decrease in Oil Sand Production

Oil sands are accountable for about 9.9% of Canada’s GHG (green house gases) emissions. Canada happens to be the fourth largest producer and exporter of oil in the world. Unfortunately, oil sand production has dropped drastically by 29% since the year 2000. This may not seem bad at first but this really affects the economy of Alberta, which is where most of these oil sands are found within Canada. About 2.7 million barrels worth of oil is being produced, considering Canada produces more oil than it consumes it makes itself a significant exporter. The Canadian prairies are crucial for the country’s economy. The oil sands of the Canadian Prairies have an estimate of $301 billion capital investments. But due to climate change oil sand production will start to decline which in turn will have an effect on Canada’s economy causing it to drop as well. The oil sands in the prairie regions have a huge impact on the economy and if they fall, the economy will fall with them. Certainly not an ideal scenario.

In the future it is expected for summer months to have a combination of heat/warmth and dryness, these kinds of summers will make it very difficult to sustain agriculture grown in the region. During the periods of extreme dryness the amount of wild fires would also increase. The irregular precipitation and rainfall patterns will also affect the growth rate of agriculture. The irregular patterns will also lead to flooding in certain areas within the region, like recently seen in Manitoba. Due to the change in climate other crops with be harvested like soybean and corn rather than barley/wheat and hay being grown right now. The crops being harvested will be changed so it has a smaller chance of failure.

As more and more wildfires start taking place because of an increase in temperature, the air pollution levels will also rise in the country. Vegetation and wildlife diversity will also suffer because of the destruction brought about by the deadly fires. Also, moist forests are expected to be more actively affected in fires, this means forest sizes will decrease. Specifically Boreal forests, it is expected that over half of Alberta’s boreal forest will disappear in the coming 80 years due to wildfires. The landscape of the prairies will also experience a change, many older forms of vegetation will cease to exist.

Does My Choice of Fire Safety Equipment Really Matter?

How to Make the First Months of Your Start-Up Easier