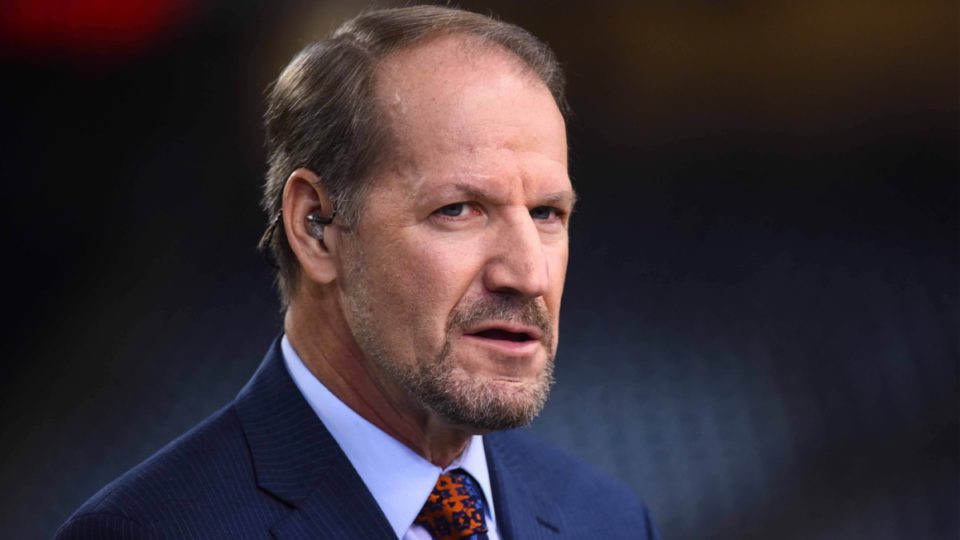 When you talk about the Pittsburgh Steelers of the 1990s and the first half of the 2000s, you’re talking about a group of hard-working, proud, and opinionated people. The same thing can be said about Bill Cowher who led a team that was proud, physical, and would reach the goal no matter the obstacles. It was that decade and a half that maintained a winning tradition in the city and led the former American football coach on a path that culminated on August 7 with a gold jacket and bust in Canton, Ohio.

The story goes that opportunity knocked on his door as the stars aligned as Bill was touted as a Browns head-coaching candidate. Cleveland chose Dave Shula instead, around the same time his hometown Pittsburgh team began searching for a new head coach for the first time in 23 years after the departure of the legendary Chuck Noll. At just 35 years old, Cowher became the coach of the Steelers and the rest is history: 15 seasons, 10 trips to the playoffs, 149 regular season wins, 21 postseason wins, two trips to the Super Bowl and a ring. Here are some more interesting facts about Bill Cowher most people don’t know!

7 Interesting Facts That Led Bill Cowher To Where He Is Today!

2. Childhood and becoming MVP in college:

Bill Cowher came into this world as William Laird Cowher, on May 8, 1957, in Crafton, Pennsylvania. There is no public information about his parents or siblings. Bill Cowher attended “Carlynton High” for his early studies. Cowher was inclined towards football and basketball from his school days. Cowher joined North Carolina State University for higher studies and was the captain of the college football team. In his senior year, Cowher received “Most Valuable Player” honors. In 1979, he graduated from college with a bachelor’s degree in education.

Bill Cowher was married twice. In 1981 he married the late Kaye Young who was a professional basketball player for North Carolina State University.

Before Kaye Cowher died of complications from skin cancer at age 54 on July 23, 2010, she gave birth to three daughters – Meagan, Lauren, and Lindsay.

In 2014, Cowher married Veronica Stigeler. They are not known to have children. In 2018, Cowher announced he would be moving to New York, after selling his house in Raleigh.

Originally from Pittsburgh, Cowher excelled in the game right from his school days. So, In 1979, Cowher was chosen to play in the National Football League (NFL).

Cowher began his professional career with the “Philadelphia Eagles” and was chosen to play as a linebacker.

The following year he signed up to play for the “Cleveland Browns”. Cowher played three seasons for the “Browns”, after which he was sent back to the “Eagles”. He played two seasons with the “Eagles”. During his playing career, Cowher mostly played on special teams.

Cowher had a mostly low-key career for four seasons with Cleveland (1980-82) and Philadelphia (1983-84) before realizing he traded his helmet and shoulder pads for headphones and a notebook.

In 1985 Cowher began his career as a coach. He started coaching “Cleveland Browns” under famous coach Marty Schottenheimer. Cowher was the Browns’ special teams coach for the 1985–86 season. During the following season, he became their secondary coach. In 1989, Cowher was named defensive coordinator for the Kansas City Chiefs. Under his leadership, the team’s performance improved immediately. Cowher became the second coach in NFL history to lead his team to the playoffs in his first six seasons as head coach. He is one of six coaches in NFL history to claim at least seven division titles.

As a pupil of the great Marty Schottenheimer as a player, it was he who gave him his first opportunity on the sidelines at just 28 years of age, taking over as special teams coach for the Browns in 1985 and later as defensive backs in 1987, before continuing Schottenheimer to Kansas City, where he was the Chiefs’ defensive coordinator for three years.

In 1995, Cowher became the youngest coach to lead his team to the Super Bowl at just 38 years old, the second in NFL history to go to the playoffs in his first six seasons with the team and led Pittsburgh to six conference finals. He is the second coach in NFL history to lead his team to the playoffs, in the first six seasons after taking over as head coach.

Beyond the numbers, Cowher kept alive a long-standing tradition in the city, that of maintaining a physical football, up front and based on the two fundamentals that led Pittsburgh to leading roles in the NFL: Running attack and a fearsome defense.

7. Here’s why he chose retirement:

Driven by sacrifice and competition over glory and fame, Cowher resigned from Pittsburgh just one season after achieving the crowning achievement, the Lombardi. There was nothing more to prove for the legend.

So, after a successful 15-year career, Bill Cowher resigned from his position. He began working as a studio analyst on the sports program “The NFL Today”. This is a pre-game show, which airs on the “CBS” network. The show features the latest news from the world of the “NFL” as well as predictions for upcoming games. That same year, Cowher appeared on the reality show “Fast Cars and Superstars: The Gillette Young Guns Celebrity Race.”

In July 2010, Cowher was the keynote speaker for the “National Agents Alliance” at their leadership conference. In 2012 he starred in the movie “The Dark Knight Rises” where he played as the head coach of a football team in the film.

Blood Sugar Testing: Why, When, and How to Maintain Sugar Levels

Insight into match preparations to help you optimize your match performance