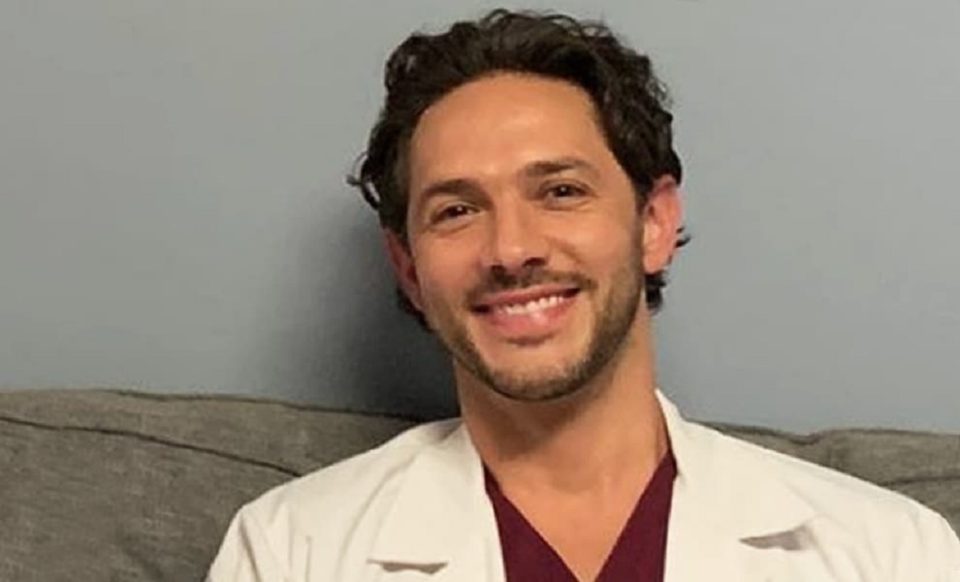 Born and raised in America’s Philadelphia, Michael Rady got his first big break when he was seen in The Sisterhood of the Travelling Pants as Alex Bledel’s love interest. He then appeared in Showtime’s critically acclaimed Sleeper Cells series and thereafter in ER as Stanley Tucci’s son. Michael has acted in several movies and notable television shows including Greek and Melrose Place. More recently, he was seen as a resident doctor opposite Mamie Gummer in Emily Owens MD and Showtime’s House of Lies. Rady’s appearance in Hallmark Channel movies is also noteworthy as he is known as Hallmark Star by many of his fans. Some of the popular Hallmark shows starring Michael Rady include House of Lies, Joyous Christmas, Christmas at Pemberley Manor and Two Little Doves. Keep reading to get a full list.

Cloudy with a Chance of Love

As per showbiz blog First premiered in 2015 and directed by Bradford May, Cloudy with a Chance of Love is a romantic drama with many anecdotes and moral lessons. The story of this Michael Rady Hallmark show revolves around the life of an academic meteorologist named Deb, played by Katie Leclerc. She intends to secure a grant for her studies while she lands up doing a radio meteorologist job. She grabs the attention of the radio station director named Quentin played by Michael Rady. Deb finds it challenging to be a TV station weather girl as well as a meteorologist. The entire series offers many beautiful moments and quirky characters that you must watch during your holidays.

Christmas in Homestead is yet another Michael Rady television show launched right after Cloudy with a Chance of Love in Hallmark in 2016. The story is about a famous actress Jessica McEllis who visit Homestead to shoot a movie with her crew members. She falls in love with the small-town mayor and a single dad Matt Larson played by Michael Rady. The small-town aura and life allure Jessica and she understands the true meaning behind celebrating Christmas with family.

Released in 2017 and directed by Allan Harmon, A Joyous Christmas is a beautiful show with many heartfelt moments. The story is about a young motivational speaker and best-selling author named Rachael Kennedy who stops by her hometown while promoting her new book. She didn’t like the idea of stopping at her place but was unaware that her life was going to change soon. She meets Jack played by Michael Rady along with Joy who together saved her from a fatal accident. The three of them together discover the joy of celebrating Christmas together with friends.

Christmas at Pemberley Manor is the third Hallmark series starring Michael Rady based on the Christmas celebration and its significance. The show was premiered in 2018 and is based on an event planner visiting a small town to organize the Christmas holiday before Christmas. Elizabeth belongs to New York and comes across a billionaire named William Darcy who seeks to sell his historical estate which she wanted to use as her celebration venue. While she tries to convince Darcy not to sell the estate, both of them start falling for each other.

Love to the Rescue

Love to the Rescue is a romantic drama comprising two single parents with their children who wish to adopt the dog they had rescued. They agree to take care of the dog jointly. As a result, many beautiful moments are created and Kate realizes that she is getting attracted to single dad Eric played by Michael Rady. But then, both Kate and Eric also need to find a permanent home for their dog. Together, they won the hearts of their fans and looked adorable working together.

Two Little Doves is also based on Christmas moments and was released in 2019. Neurologist Dr Sharon Harper goes to her hometown just before Christmas after her grandmother died. While dealing with the painful emotions, she meets Sam played by Michael Rady whom she knew in the past. He is a single dad and an estate lawyer, also grieving his wife’s death. In the due course, both Harper and Sam pursue their long-lost family heirloom based on the legend two-turtle dove and realize that Christmas miracles happen in real.

Cleo Morelli is a successful businesswoman who owns and operates a food truck. Cleo enters a tournament in an attempt to win money to expand her business. Gabe is a private individual who has travelled to Portland to see his brother. He owns a restaurant that serves everything with bacon. They get along, but their business objectives begin to diverge. The whimsical romantic comedy starring Natalie Hall and Michael Rady, which was released in 2020 is based on a novel of the same name.

Featured more recently on Hallmark in 2021, A New Year’s Resolution is about Kelly Leone when she stocks to her New Year’s resolution of saying yes to every social event for at least a month. As a result, she agrees to attend a morning show on-air result, she does those things she declines usually. But when she meets a businessman Tom Malone played by Michael Rady, she finds all the processes lovely.

5 Things You Need to Know about Fire Safety Inspection

I am a house wife and happily blessed with two children. My passion for travel and writing have made me a writer too, for which I am even paid for. Writing according to me is a way through which I can pen down my thoughts and I am eager to share my thoughts with you. Thank you for believing in me.