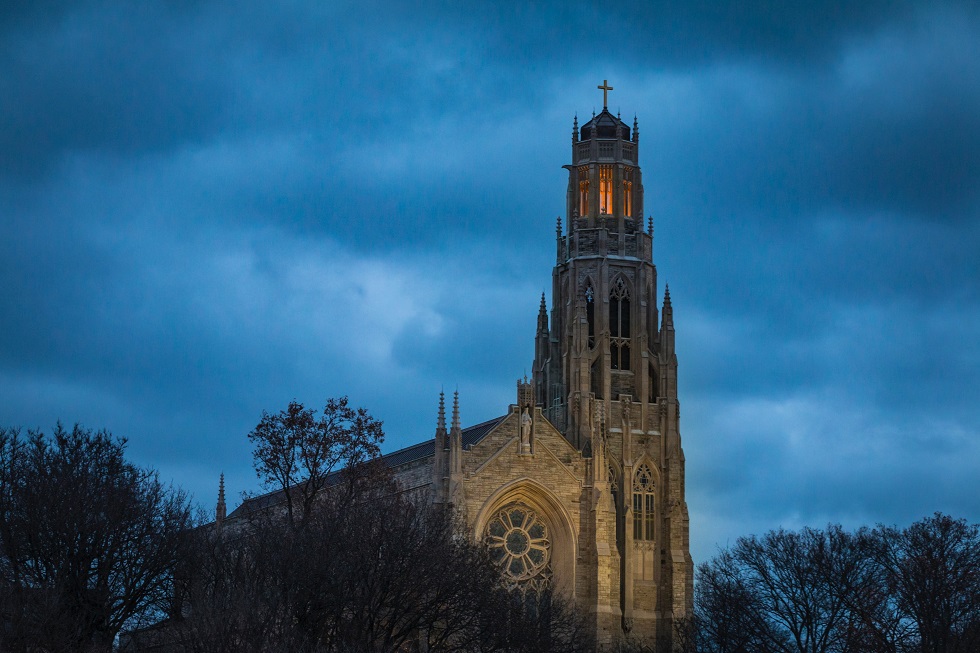 There are many things to do in Hamilton whether you want to try a new lake for some alone time or explore the beautiful beachfront.  Hamilton has all the options including some music festivals and an African lion safari!

At the city of Hamilton you get to tour this 40-room Italianate-style villa from the 1830’s on Burlington Heights; the former site of a fortified military encampment established by the British in 1813.

Often known as one of the most iconic things to do in Hamilton, this castle is very recognizable! When you look at  costumed interpreters you go back to the past and witness this sprawling historic estate overlooking the bay. Tours will unveil  the secrets of its former inhabitants – the wealthy family members living upstairs and the hard-working servants that lived under the stairs. If you take a look at their two-acre historic kitchen garden, you see that it  offers a beautiful bounty that visitors can harvest and bring inside to create their own meal at one of the castle’s popular cooking classes.

Rise above a forest canopy at this thrilling zip line adventure park in Binbrook Conservation Area. Trek from tree to tree on suspended bridges, swing around and partake in some zip lining.  There are plenty of challenges for brave little ones to get on like the kid-friendly courses and forest playgrounds.

These parks offer the most beautiful rose garden that reminds them of a park in Europe, with all the alleys with benches, playgrounds, old trees, beautiful flowers, water fountains! But your child can also use it to play baseball and go to the Children’s Museum. There’s even a  beautiful tropical greenhouse as well with plants from around the world.

Known as the real oasis in the city, this is one of those things to do in Hamilton that suits all ages.

“This park is a must see for a picnic, a long walk, or one of many festivals that take place in this amazing city. The stone fountains and greenhouses were part of my childhood, and are now a place I love to take my own family. The smell of chrysanthemums always takes me back to the mum show, and the festival of friends is always a great time. Picnics under shady trees, fun in the waterpark, a visit to the children’s museum, and afternoons at the pride festival are only a handful of reasons to visit this beautiful greenspace. A must do.”

The love for sports runs deep in Hamilton. Just some of the highlights include: the city’s iconic Tiger Cats rousing their fans at the newly rebuilt Tim Hortons Field; OHL champions the Hamilton Bulldogs; North America’s oldest foot race or marathon called Around the Bay Road Race which is said to be much older than the Boston Marathon, and top-ranked golf courses.

So, whether you want to cheer for the home teams or jump in on the action, Hamilton’s got the perfect sporting event for fans AND athletes!

Hamilton Museum of Steam and Tech

The Hamilton Museum of Steam & Technology is one of those things to do in Hamilton where everyone can step back to the city’s proud industrious beginnings. This fascinating National Historic Site pays homage to Canada’s early industrial revolution and houses many treasures, including two 70-ton, Canadian built steam engines, believed to be the oldest surviving ones of their kind.

Turn back the clocks and head over to the Westfield Heritage Village. Cosplay enthusiasts will help bring early Canadian culture to life as they lead demonstrations on everything from blacksmithing to bread-making across 35 carefully restored historic buildings. Some of the best things to see here are: the Maple Syrup Festival and the Ice Cream Carnival. The 130- hectare site is bordered by beautiful woodlands, meadows and trails, perfect for quiet, reflective hikes.

To explore Hamilton, you can head over to the Christie Lake Conservation Area which is the most beautiful lake on the Niagara Escarpment. At Christie Lake you’ll have the opportunity to spend a glorious weekend with your family and friends.

If you’re wondering why it’s on this list, then know that this lake offers so much!

It has you covered from boating, to swimming, to hiking, to fishing, picnicking, biking and they even offer disc golf. But if you are going to go swimming, then do keep in mind that their natural swimming areas are not supervised and do not have lifeguards on duty. That being said, swimmers and sunbathers will absolutely enjoy Christie Lake’s 360-metre sandy beach.

What’s more? You can check out the trails that wind for 10 kilometres through peaceful meadows and towering pine forests. These 10 kilometer trails can easily be accessible by foot, snowshoes or cross-country skis, weather permitting. Children will also be excited to see a wide range of wildlife that make their home in this 336-hectare conservation area.

Located at 15 Cannon St E this is one of the best Pho spots in Hamilton and you can literally leave full having only spent $10.

An interesting way to get to know any city is by exploring its distinct neighbourhoods. Hamilton has some great neighbours which means that you can discover the city’s historic fabric district on Ottawa Street North.

Ottawa Street North is now a design and foodie destination, full of antique and interior design shops. If you want to see something interesting, then don’t miss the cleverly named ‘Sew Hungry’ food truck rally held on the street each May.

James Street extends from the Niagara Escarpment to the West Harbour and has long been the heart of the city. Now known as a hub for arts, culture and food (famous for its monthly Art Crawls) the lively street still boasts fresh produce stores, fishmongers and plenty of beautiful grit. Leave behind the bustle of the city in the quiet historic town of Dundas, full of charming independent shops and restaurants and minutes from waterfalls and the lush trails of the Dundas Valley.

Hamilton’s headline making art scene is the famous Art Crawls. It happens every month and is one of the best things to do in Hamilton to experience the city! In a month on each second Friday, James Street North is transformed into a friendly, bustling art market. If you walk through this downtown arts district and take in the many galleries, studios, shops, restaurants you get to be one with the rhythm of a truly welcoming, grassroots arts scene.

Supercrawl is the perfect introduction to Hamilton’s buzz-worthy arts scene aside from Art Crawls. This has become one of Hamilton’s top things to do after getting the reputation of being the mother of ALL block parties!

Every September, the free arts festival closes James Street North traffic for four glorious days of live music, art installations, food and fun. While the focus has always been music, the accompanying cultural experiences are just as noteworthy. Visitors can expect to have the time of their lives at this art scene in Hamilton!

One of the most popular things to do in Hamilton is to visit the beautiful Bayfront Park. With a parking lot and public washrooms, this park is a convenient place to enjoy the outdoors.

Located at the foot of Harbourfront Drive near Hamilton’s downtown core, the Bayfront Park offers a lot to just about anyone visit.

Check out its asphalt pathway for in-line skating, cycling, walking, and/or jogging, or take in the surrounding harbour area with access to the water’s edge, naturalized areas of wildflowers, shrubs and trees, a free public boat launch, numerous benches and picnic tables, and a natural grass amphitheater.

Hamilton’s West Harbour is your urban waterfront destination. Why? Because you have rolling green areas surrounded by peaceful trails to walk on and the perfect waterside picnic spots at nearby Bayfront Park.

Just a few steps below downtown Hamilton, the WH is home to waterfront trails, cafes and bike rentals. Discover attractions which include Parks Canada’s docked HMCS Haida, picturesque harbour tours aboard the Harbour Queen and an outdoor roller-skating rink!

At the HMCS, you witness Canada’s proud history of wartime naval service on a vivid display!

The HMCS Haida is a Tribal class destroyer which has served in 3 wars, namely the Second World War, the Korean Conflict and the Cold War. Why is it in Hamilton? Distinguishing herself in several historic battles, the Royal Canadian Navy’s most famous ship can be found here and you can discover its historic decks and imagine yourself aboard as a crew member of the destroyer which was named: ‘Canada’s most fightingest ship’.

One of the things to do in Hamilton is the best tourist attractions: African Lion Safari. It home to lions, elephants and giraffes and an expansive drive through reserve lets families get closer than they ever imagined to some of the world’s most exotic wildlife. The children that come here also love cooling off at the waterpark, the hands-on animal shows and the unforgettable daily elephant swims.

In the summertime, the living is easy at Hamilton’s Beachfront. This east-end waterfront is your family-friendly destination perfect for the young and young at heart. Enjoy thrilling water slides at Wild Waterworks or boardwalks, mini-golf, go-karting, and batting cages Adventure Village and great beachside patio during the perfect summer day trip destination.

The Tews Fall is a 0.8 mile heavily trafficked loop trail located near Hamilton,Canada. It has a  waterfall and the trail is primarily used for walking and nature trips. The trail also extends to nearby attractions including the Dundas Peak, Crooks Hollow Conservation Area, Bruce Trail, and Christie Lake Conservation Area (offering picnic area and bathroom facilities).

TW is only a few metres shorter than Niagara Falls. It is a 41 metre ribbon waterfall and is the tallest waterfall found in Hamilton, Canada. Nestled at the Spencer Gorge / Webster’s Falls Conservation Area in Greensville, its source is Logie’s Creek.

TW is best viewed in the springtime as it tends to dry up in the summer months.

Slow down and be inspired at Hamilton’s century-old gallery, the oldest and largest in Southern Ontario. The Art Gallery of Hamilton is home to more than 10,000 works including Canadian historical, contemporary and international art. In addition to world class exhibits, sought after permanent pieces include Alex Colville’s famous Horse and Train painting as well as the mind-blowing Bruegel-Bosch Bus by Kim Adams (the gallery’s most photographed installation). The Art Gallery of Hamilton has FREE Friday nights that are the perfect date night for any couple interested in art!

With over 40 planes from the past and present, the sky’s the limit at Canadian Warplane Heritage Museum which is the country’s largest flying museum. Participate in personalized tours, simulators and air shows or buy your own flight on a vintage aircraft – including the legendary Avro Lancaster (the only place in the world you can still fly in one).

If the price doesn’t keep you around, the delicious pastries, sandwiches and more will! You’ll be full and so will your wallet.

Head to Hamilton as there are so many things to do offering the perfect place to snap your “I was in Hamilton!” for Facebook and Instagram!

18 Things To Do In Canmore

15 Best Things to See and Do in Canada