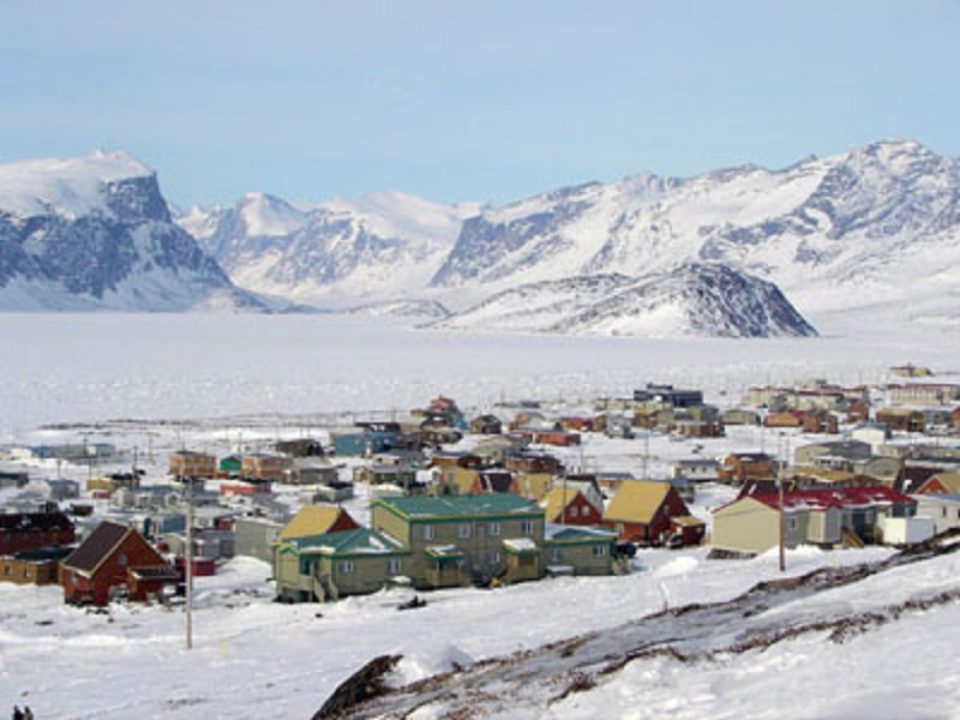 For outdoor enthusiasts viewing Mount Thor, the world’s tallest vertical drop is a sight to behold! But you can also experience Pangnirtung’s indoor thriving art scene, its major commercial fishery and people who are deeply proud of their culture and traditions. These people are the Inuit’s consisting of 1,500 citizens on Baffin Island in Nunavut, Canada. Their hamlet has placed a part in Canadian history. In this article, we take a look at the top 5 most compelling reasons to book a flight to Pangnirtung and other tips to take into consideration before heading there.

Nicknamed ‘Pang’ by the modern world, the community is situated in a fiord on beautiful mountain terrain. Relish the moment you behold the breathtaking beauty of the towering mountains and glaciers at Auyuittuq National Park and the vertical cliff of Mount Thor. When you wake up in the morning in Pangnirtung, it will take a moment to believe that your view of the mountains and the sea is actually real.

Pangnirtung (or Pang, also Pangniqtuuq) has been a starting point for trekkers departing for the Akshayuk Pass in Auyuittuq National Park. Here they can become one with the Inuit hamlet whose 2016 census for their population was 1,481, an increase of 3.9% from the 2011 census. Occupied for over 4000 years, Pangnirtung has been known for having tales and fables about whales and ice. For example, Auyuittuq National Park has been termed by the locals in the Inuktitut language as “the land that never melts”. With its ancient civilizations, art has always been something this coastal plain at the coast of Pangnirtung Fjord is good at. So let’s take a look at these 5 essential experiences:

Journeying to the backdrop for the opening scene of the James Bond thriller, ‘The Spy Who Loved Me’.

Here you’ll get to learn about the area’s connection with the turn of the century whalers.

Pangnirtung is a breathtaking gateway not only for Auyuittuq National Park, Mount Thor, and the hikers on the ‘Pang Pass’, but also to:

The awe-inspiring scenery of Pangnirtung was the backdrop for numerous films and documentaries – notably for the opening scene of the James Bond thriller ‘The Spy Who Loved Me’.

This center is a must-see for any visitor. The famous Uqqurmiut Centre is a hub for local artists and is home to world-famous tapestries that beautifully depict the land and the people. At the Uqqurmiut Centre printmakers who are known around the world, diligently work on collections each year. They even get featured in museums and exhibitions all over Canada!

Here you’ll get to see the famous artists at work and then shop for lithographs, prints, sculptures, and tapestries! Getting one of the famous ‘Pang hats’ for your family as a souvenir is highly recommended as well.

But what does it all mean? Tracing back, perhaps as long as 4,000 years back, we know that the Inuit and their ancestors have inhabited the area for thousands of years. Their ancestors helped them become well-adapted to the climate and environment. This hamlet’s contact with European Canadians has been limited to less than the last century. In 1921, the Hudson’s Bay Company established a trading post in Pangnirtung. Two years later, the Royal Canadian Mounted Police erected a permanent office. The first government-appointed teacher arrived in 1956. The first administrative office was established in 1962.

Their culture that spans a wondrous 4000 years shows that seals and fishing were the main forms of sustenance. As an ex-seal-hunting community, when sealskin prices fell in the 1970s and 1980s, hunting became uneconomical. Soon the Inuits would find another way to support themselves (with substantial government assistance as well) the community began to operate a turbot fishery.

They also began the development of arts and crafts, including Pangnirtung’s unique weaving industry. So don’t forget to purchase a famous “Pang Hat”, a warm, crocheted hat that will immediately give you ‘street cred’ throughout the Arctic.

Pangniqtuuq in Inuktitut means ‘place of bull caribou’. Also known as the place to head to in the Arctic, here lies the absolute majesty of land, and the rhythms of Inuit life as accessible as Pangnirtung. Most excitingly, is the southern community gateway to Auyuittuq National Park.

Pangnirtung, the gateway to Auyuittuq National Park, has so many layers that you will enjoy peeling back. One of the best ways is to hike:

Other Things To See/ Do

Pangnirtung has been occupied for over 4000 years. Inuit have long used the Pangnirtung area as an important hunting and fishing ground and this tradition continues today.

It’s simple to think about – known for abundant sea mammals such as seals and whales, the Pangnirtung people hunted for food and soon had enough to become an important player in the Nunavut economy, exporting wild turbot around the world.

Whale hunters chasing bowhead whales, have documented their visit with the Inuit people in the early 1800s. Before they knew it, a whaling station was established at nearby Kekerten Island in 1840 and there was a large commercial whaling operation up until the early 1900’s – they were used for cosmetics, used as canned meat, their oils were highly priced as well.

In these modern times, walking through the community is like nothing has changed because you still see signs of this history by the shore – for example, the old Hudson’s Bay Company ‘Blubber Station’ remains today. The white washed buildings shine brightly against the blue sky and sparkling ocean.

In 1921, the Hudson’s Bay Company developed and established a trading post, which was followed in 1923 by the opening of a Royal Canadian Mounted Police office. In 1929, St. Luke’s Mission Hospital was established in Pangnirtung – a first for Baffin Island.

All in all, you don’t have to be James Bond to have the experience of a lifetime in Pangnirtung. You will need, however, a desire to see the best of the Arctic, and possess a traveler’s curiosity to explore a deeply historic and special location.

Upon landing, note that it is a small town so getting around by foot is not difficult. The streets are generally unnamed.

There is an official camp site (without any facilities) near the mouth of the Duval River.

Pangnirtung gets 24 hours of sunshine during the day from June 8 to July 4. In summer, June through August, temperatures range from 5°C to 20°C. In winter, temperatures can drop to -40°C.

At Pangnirtung, don’t expect hours of sunlight in the middle of winter as it can get very windy and feel like -60°C. With the wind-chill factor, this is known as the Arctic after all!

The only public eating establishment in town is a fast food court at Northern Store supermarket. It offers KFC and Pizza Hut counters.

Pangnirtung is a dry town. No alcohol is sold in town and anyone possessing alcohol within 25 km of the town can be arrested.

The selection of fresh produce and specialty items in the local stores is limited. The cost of food in Nunavut is extremely high. All fresh fruit, produce, dairy and meat products are air freighted to Pangnirtung from Ottawa or Montreal

Auyuittuq National Park is a national park in Nunavut. In the Inuktitut language, its name means “the land that never melts”. If despite that warning, you’re still interested in visiting, you’ll experience many terrains of Arctic wilderness, such as fjords, glaciers, and ice fields.

Auyuittuq covers 19,707 km², so it’s a bit smaller than Israel. It lies almost entirely within the Arctic Circle. Auyuittuq was established in 1976 as a national park reserve, and was upgraded to a national park in 2000.

The park sits partially within the Penny Highlands and includes the 6,000-km² Penny Ice Cap. The Penny Ice Cap, made of ice sitting on Precambrian granite, creates a series of glaciers, among them the Coronation Glacier. The land reflects the geological history of the area, with deep valleys between the peaks, which include Mount Asgard with an 800-m (2,600-ft) face, and Mount Thor with a 1,250-m face. Along the coast are deep, narrow fjords. In Akshayuk Pass, the winds can reach 175 km/h (109 mph).

This is the image of a Horseshoe-shaped lateral moraines at the margin of the Penny Ice Cap.

The park’s landscape has been entirely glacier-formed. It includes scenic fjords, glaciated mountains, rushing rivers, huge glaciers, and the Penny Ice Cap. The Penny Ice Cap is believed by many to be the birthplace of the last ice age.

Most Romantic Restaurants In Toronto