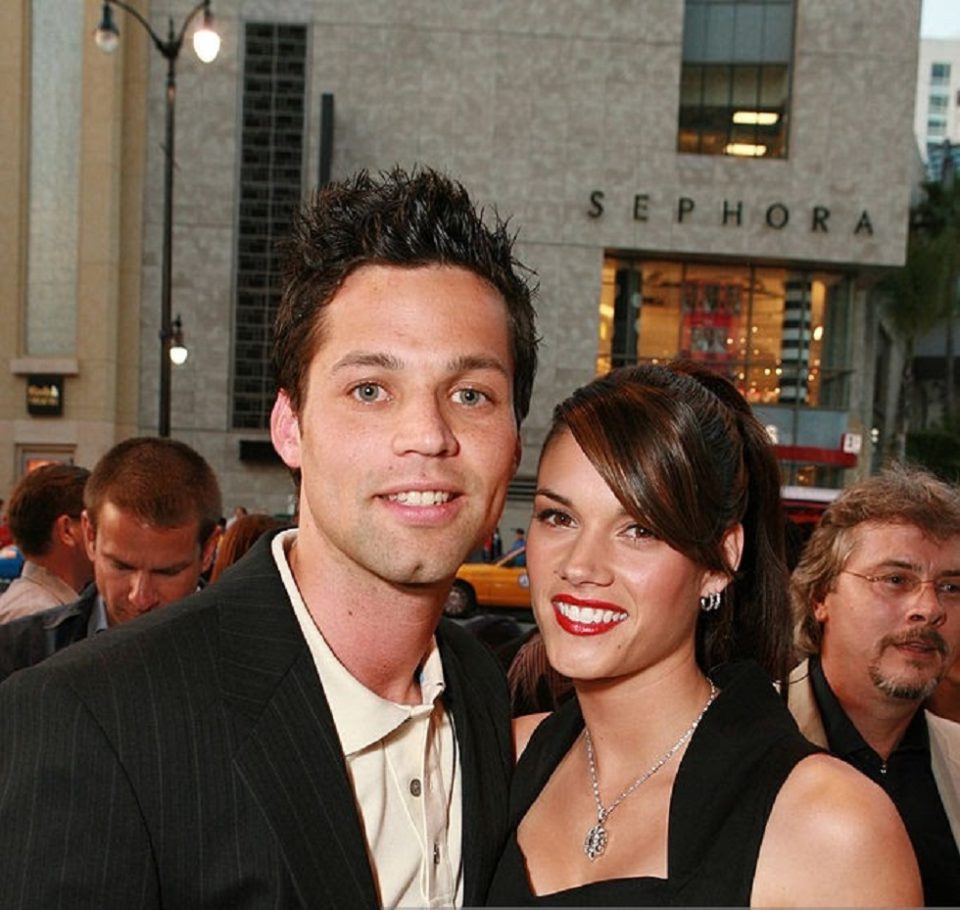 Missy Peregrym is best known for her roles in television series like ‘Dark Angel’, ‘Heroes’, ‘The Chris Isaak Show’, ‘Black Sash’, ‘Reaper’ but the most popular TV show she’s been in is: ‘Rookie Blue’. She gained fame for her role as Haley Graham in the film “Stick It” and stars as Maggie Bell on the CBS crime drama “FBI”.

Little do most people know that Missy is actually a model turned actress from Canada. She even modeled for many high-profile brands, such as Mercedes-Benz, Sprint Canada and the Olympics. Being who she is, the talented actress soon transitioned into acting. The actress is also known for having a big-heart and utilizes her spare time by participating in different philanthropic events. In 2006, Missy did many philanthropic activities including the distribution of affordable and safe footwear to the underprivileged communities in South America.

The Leo Awards nominee has also been honored with the Streamy Awards for Best Actress.

Missy Peregrym was born as Melissa Peregrym on June 16, 1982 in Montreal, Quebec, Canada. As a result of that, she grew up speaking both English and French. She and her two sisters were brought up by her loving & caring parents, Vanessa Peregrym, a housewife and Rev. Darrell Peregrym, a minister. After spending some time in Montreal, the family moved to Surrey, a beautiful city lying in the province of British Columbia. There she earned her education, attending the Fleetwood Park Secondary School. Later during her youth, she lived in the City of Los Angeles.

All through her youth, she was a self-declared tomboy and was never a fashion or glamour girl. Always passionate about sports & games, the Canadian actress loved to play & watch both basketball & soccer. She even coached her high school basketball team. Missy Peregrym also used to enjoy snowboarding during her school and college days. She graduated from Aurora College in the year 2004.

When she was 18 years old, the self proclaimed tomboy suddenly picked modeling as her profession. Missy Peregrym then started getting recognised both locally and from the international market, and eventually became an accomplished Canadian model slash actress.

Missy commenced her modeling career with the well-known LizBell Agency. Her agency then encouraged her to do more ads & commercials. She eventually ended up modeling for the Olympics, Sprint Canada & Mercedes-Benz.

Missy Peregrym net worth: is estimated at $3 million dollars. The Canadian actress was born in Montreal, Quebec, Canada, and grew up in Surrey, British Columbia signing onto modeling professionally when she was eighteen. Her value began after signing with the Lizbell Agency in Canada. She started booking commercials soon, appearing in on-camera campaigns for Mercedes-Benz and Sprint, among other companies. Missy Peregrym shifted her focus to acting work in 2002, and has since gone on to appear in a steady string of television and film projects. Some of her credits include “Dark Angel”, “The Chris Isaak Show”, “Black Sash”, “Jake 2.0”, “Tru Calling”, “Call Me: The Rise and Fall of Heidi Fleiss”, “Smallville”, “Andromeda”, “Life As We Know It”, “Catwoman”, “Stick It”, “Smallville: Vengeance Chronicles”, and “Heroes”. She is most widely recognized for her leading role on “Reaper”, and her co-starring role on “Rookie Blue”.

In the year 2000, Missy Peregrym debuted as an actress with a role in the Canadian based TV sitcom, ‘Dark Angel’. After that, she bagged several guest roles in numerous television series like ‘Andromeda’, ‘Life As We Know It’, ‘Tru Calling’, ‘Smallville’, ‘Jake 2.0’, ‘Black Sash’ and ‘The Chris Isaak Show’.

After an uncredited role in the 2004 superhero movie ‘Catwoman’, Missy went on to grab her first lead role in the 2006 released film, ‘Stick It’. Between 2004 to 2005, she played Jackie Bradford in the TV series ‘Life As We Know It’ and portrayed Candice Wilmer in the TV sitcom, ‘Heroes’. After ‘Heroes’, the actress soon landed her television lead role in the CW sitcom, ‘Reaper’, which she went on portraying from 2007 to 2009.

Her next lead role was that of Officer Andy McNally in the popular Canadian TV sitcom, ‘Rookie Blue’. Missy played the very character for a long time till the year 2010. Missy earned a nomination at the Canadian Screen Award for her performance in the hit series, ‘Rookie Blue’. But the award was bagged by her contemporary, Tatiana Maslany.

After 2010, she was cast to portray Chloe Jocelyn, the lead character, in ‘Cybergeddon’, Yahoo’s web-based sitcom. Later the actress played Jenn in the 2014 Canadian horror movie ‘Backcountry’ by Adam MacDonald. Before that, the Canadian actress was also seen in the roles of Sara & Amy in the short films, ‘The Proposal’ in 2013 and ‘Something Red’ in 2011, respectively.

Dark Angel – Missy commenced her acting career with this television series, which was shot in Vancouver. The futuristic science fiction series is about a soldier who is genetically modified. First aired on October 3, 2000, the series lived up to the much-hyped expectation.

Before marrying Zachary, she had a few broken relationships including the one with Brandon Countee from 2005 to 2006.

Missy Peregrym and Tom Oakley tied the knot on December 30, 2018 in an intimate ceremony in Los Angeles, California. The Canadian star shared photos of their wedding day the following month. “Happy New Year!” the bride captioned pics of her and the groom posing in matching sneakers and gazing into each other’s eyes.

A source told PEOPLE at the time that the wedding ceremony was an “intimate and fun evening but a private affair and only close friends and family members were present and that “of course”Missy Peregrym’s Goldendoodle, Charly, took part in the wedding. “Typical of Missy and Tom, there was an enormous amount of love and a lot of laughter,” the source added.

Missy Peregrym and her husband Tom Oakley are having their first child together. The 38-year-old actress made the announcement with an adorable Instagram video. In the clip, there are two pairs of adult shoes and then a pair of baby shoes drops from above into the frame:

There’s no more hiding it… our family is expanding!!! ❤️ #LilOakley #Spring2020