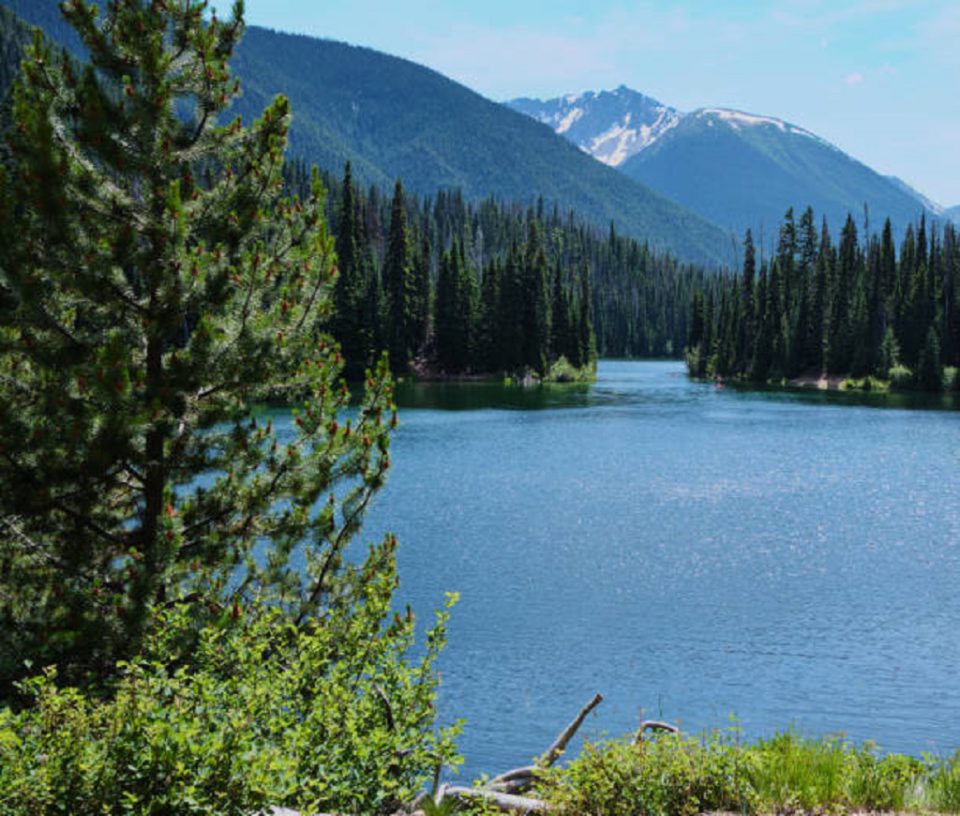 1. E.C. Manning Park is located in a valley:

The land around E.C. Manning Park is hilly to the north, but to the south it is mountainous.  The highest point in the vicinity has an elevation of 1,805 meters and is 1.6 km northeast of E.C. Manning Park. The area around E.C. is almost covered with dense deciduous forest.

There are less than 2 people per square mile around E.C. Manning Park.

3. The climate is subarctic:

The area of ​​the park includes the headwaters of the Similkameen River and Skagit River. The Crowsnest Highway (BC Highway 3) crosses the park through the valleys of the Sumallo River, the Skagit River and the Similkameen and overcomes the highest point in the Cascade Range at Allison Pass (1,341 m). A paved back road leads to the Lightning Lake Campground, unpaved back roads lead to a parking lot near the Shadow Fall (Gibson Pass Road) and to Blackwall Peak (2063 m – Blackwall Peak Road).

The first protected area in the area of ​​what is now E.C. Manning Provincial Park, was named after Ernest C. Manning, the head of the forest administration of the province of British Columbia between 1936 and 1941, was the Three Brothers Preserve, on which 6,440 hectares protected the flora of the mountain meadows in what is now the northeast of the park.

The area of ​​the protected area was doubled in1936  and the Three Brothers Wildlife Reserve was established.

The provincial park was established in 1941, and the completion of the Crowsnest Highway between Princeton and Hope in 1949 made the park popular as a recreational area for the Vancouver metropolitan area. After a change in October 1999, the area of ​​the park was last expanded to its present size in May 2012.

Due to its easy accessibility from Greater Vancouver and the Okanagan Valley, Manning Park is also of great importance as a recreation area, which is also reflected in the tourist infrastructure.

At this park you can find four campsites.

All four are located in the corridor created by the Crowsnest Highway, the Manning Park Lodge is located on the north bank of the Similkameen River about 6 kilometers east of the Allison Pass near the access to the Shadow Falls and Blackwell Peak.

Within this system, the park area is assigned to different zones and subzones.

The park area includes numerous different biotopes, 63 species of mammals and 206 species of birds are native to it.

In addition to the species typical of the biotopes, the park is home to some rare animal species. The populations of the badger, the stubby-tailed squirrel, the gold-coated ground squirrel and the wolverine are important, and the park is also important for the reintroduction of the grizzly bear in the northern Cascade Mountains area.

The park has significant stocks of the spotted owl, which is considered threatened in British Columbia, and a conservation program is in place in the park area.

The occurrence of Rhododendron macrophyllum in the rhododendron flats is considered one of the northernmost of its kind, this plant species is one of only three protected plants in British Columbia.

How to Find a Hotel Worth the Money

6 Restaurants In Trois-Rivières That Are Worth Trying!