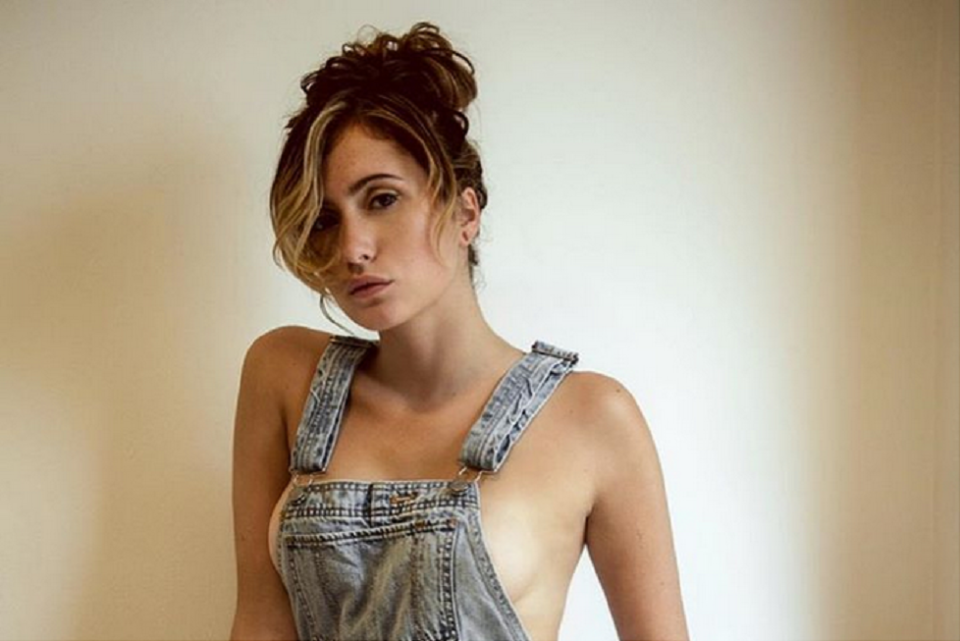 Lysandre Nadeau: All You Need To Know

Who is Lysandre Nadeau?

Lysandre Nadeau is a very famous YouTube star from Canada who started her YouTube career at a very young age. Immediately, thanks to her charisma and her outspokenness, she became a sensation on the platform. She revealed in an interview with TÊTU magazine: “I started in late 2009 when I was 14 or 15 years old. I lived in a village of 400 inhabitants so I had absolutely nothing to give a damn about. Never. I just started playing on my dad’s computer. And then I decided to familiarize myself with the editing software, to make videos for fun. ”

This decision now allows Lysandre Nadeau to enjoy a huge fan base on social networks, especially on Instagram, where she has more than 350k followers.

Lysandre Nadeau has an even bigger fan following on YouTube with over 433k subscribers.

Lysandre Nadeau came out as a bisexual on YouTube at the age of 16. She used her platform and celebrity to enable lots of girls and boys who were confused about their sexuality, feel better about themselves. Her positivity and inclusivity filled messages reached thousands of Internet users in Quebec and France.

Does Lysandre Nadeau have anxiety issues?

In the summer of 2018, Lysandre Nadeau was talked about at the Just for Teens event, organized by Pascal Morissette. Within minutes of entering the red carpet, she had a terrible anxiety attack. Lysandre Nadeau has documented her problems with anxiety very well on YouTube and helped hundreds of thousands of people.

In 2018 itself, Lysandre Nadeau added another feather to her cap after she was named the third most popular influencer for young people, alongside PL Cloutier and Alicia Moffet. She also travelled to Costa Rica, Hawaii, Jamaica, Peru, Puerto Rico, India, Thailand and Cambodia, soaking the myriad cultures and traditions in the process.

When did Lysandre Nadeau breakup with her boyfriend?

In January 2019, Lysandre Nadeau announced her breakup with her boyfriend Jean Michael after more than 2 years of dating. In a post shared on her official Instagram account, she said that the main reason for their separation is “her desire for freedom”.

What did Lysandre Nadeau do before becoming a social media star?

Before she became a social media sensation, Lysandre Nadeau used to write for Narcity, a lifestyle blog based in Montreal.

How many siblings does Lysandre Nadeau have?

Lysandre Nadeau has two brothers, Piero and Jonathan, and a sister, Eloise.

The pretty influencer is talked about since she decided to sell her flaming hot nude photos on the Onlyfans platform so that she can make some money.

It was after the recommendation of one of her followers who told her that she could easily earn a lot of money in a short time ($ 12,000), that Lysandre Nadeau decided to go ahead with it and document the experience on her YouTube channel.

The Instagram star (over 350k followers on Instagram and 433k subscribers on YouTube) was taken by surprise by the outcome since in just six hours, 513 people subscribed to her account and Lysandre collected more than $8000. An hour later, the amount had increased to $11,000! 24 hours later, the number of subscribers had exploded completely (and continues to climb everyday, her 47 photos have a total of 21.5k likes on the platform). Lysandre Nadeau made no less than US $ 38,000 (less than the odds Onlyfans takes on this) in just 24 hours. She was truly an overnight sensation on the platform.

The influencer is sitting on a massive gold mine if she continues in this direction since her subscribers will have to spend money each month to continue to see more of her steamy photos. Since Instagram quickly bans profiles containing nudity, people who can’t get enough of Lysandre Nadeau on Instagram and want to see more will have to subscribe to her Onlyfans profile. At the rate that her fan following is rising on Onlyfans, Lysandre Nadeau might become a millionaire by just selling her nude pictures.

Why did Lysandre Nadeau decide to sell her nude photos?

Lysandre Nadeau didn’t mince words or tried to be pretentious when asked why she started selling her nude photos on Onlyfans. She openly said that she joined the platform so that she can make money with the help of her body. She has had breast enhancements and has also had some work done on her lips and buttocks. Lysandre Nadeau plans to take a lovely vacation through Europe with the help of the money she generates from her Onlyfans profile.

Obviously, comments are flowing from all sides via Instagram and people keep contacting her to express their dissatisfaction over the fact that she makes money off her nude photos. Lysandre Nadeau has been accused of being a bad role model for young girls. However, Lysandre Nadeau replied by saying that young girls do not have credit cards..and she has the right to do what she wants since it is she who chose, of her own free will, to put her photos, posts and videos on the platform. It is indeed Lysandre Nadeau’s body and she is free to do as she pleases with it. After all, no one is forcing people to pay and subscribe to get access to her nude photos. Those who don’t like it, can just choose to not subscribe.

What Does an Organic Farmer Do?