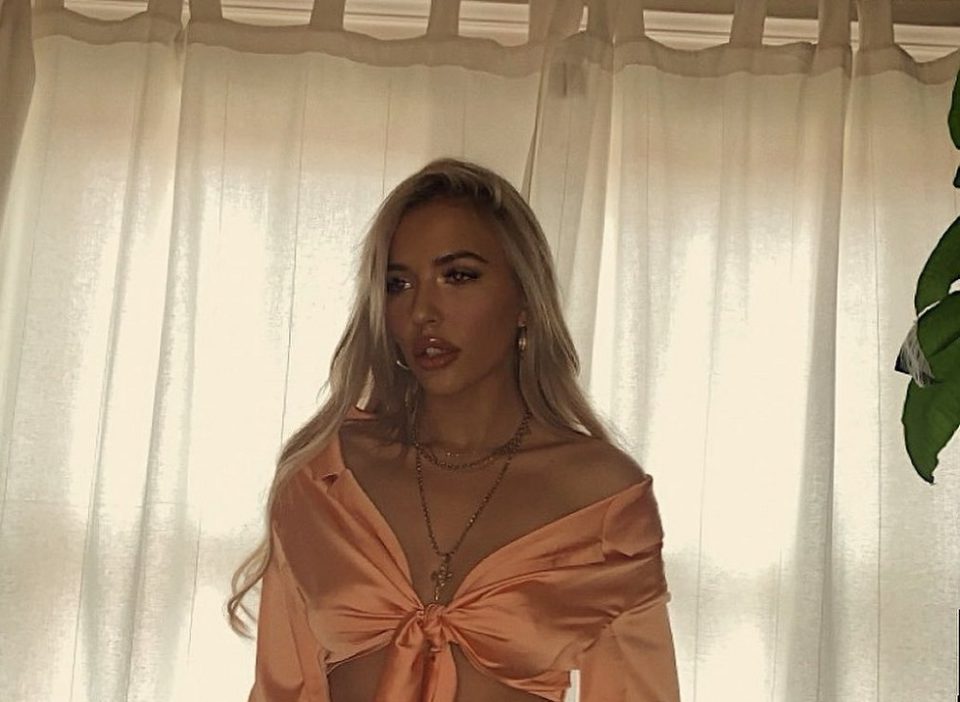 Lennon Stella, the other half of the Canadian kid sister act Lennon & Maisy, went viral in 2012 when she and her sister covered a Robyn song. The sisters who also stole the hearts of viewers when they sang a cover of The Lumineers song ‘Ho Hey’ in season one of the Nashville show, are now both continuing to pursue acting and music. The elder sister, the singer and actress Lennon Stella spent her teens starring in US TV series Nashville along with her sister but amongst them, she has done more guest features (Jonas Blue, Chainsmokers), laying the predictable groundwork for this debut album.

Lennon Stella: The Solo Career Of The Sister Duo

Who is Lennon Stella?

20 year old Lennon Stella is a Canadian singer and actress. She played the role of Maddie Conrad on the musical-drama series Nashville (2012–18). Before going solo in 2018, Lennon Stella performed with her sister as the duo Lennon & Maisy.  The elder sister Lennon Stella was named after John Lennon and younger Maisy Stella has Jude for a middle name.

Stella released her debut EP Love, Me in 2018. Her debut studio album Three. Two. One. was released on April 24, 2020. In terms of her music genre, Lennon Stella is mainly described as an indie pop and pop musician whose music is “R&B tinged”. Her debut EP is described as a dance-club record.

Stella and her younger sister, Maisy, spent six years starring as sisters on the Connie Britton-led ABC/CMT series about fictional country music singers in Tennessee. Lennon Stella had already been musical, showing off her chops as part of the sister duo Lennon & Maisy and showcasing her singing skills on “Nashville.” Although she had long yearned to pursue a music career (parallel to the storyline of her “Nashville” character Maddie), Stella said she’s glad she waited until now to jump in full time.

Soon after the series wrapped in January 2018, it was announced that Lennon had signed a record deal with RECORDS and Columbia Records. The same year Lennon featured on the track, “Polaroid” with Jonas Blue and Liam Payne. In November 16, 2018, Lennon released her debut EP titled Love, Me featuring previously released singles “Bad”, “Breakaway”, and “Fortress”. After releasing her first EP, Stella’s popularity grew. Refinery29 highlighted Stella as one of the top rising young celebrities to watch and Teen Vogue put the Canadian native on a list called “16 Musicians You Need to Be Listening to In 2019.”

Between May and June 2019,  Lennon opened for Anne-Marie on her Speak Your Mind tour. She collaborated with The Chainsmokers and Illenium for a single titled “Takeaway” which was released on July 24, 2019. Lennon toured as an opening act along with 5 Seconds of Summer for the Chainsmokers.

And the accolades continue as Amazon has named her an up-and-coming artist to watch out for in 2020.

Now 20 years old, Stella is blossoming with her solo music career. In order to focus on her songwriting, Stella attended a 10-day writing camp in Cabo San Lucas, Mexico, which provided a safe space for her to be creative and compose music.

This year on April 24, she released “Three. Two. One.,” her debut solo album featuring pop and experimental sensibility with relatable songs about love, relationships and breakups. A couple of songs are more serious, while others — like “Kissing Other People” — are super lighthearted and fun.

Now she’s fiercely bringing her album to the world and Lennon Stella is eager to see where her musical career takes her. Although she would like to return to acting at some point (possibly in  movies or short series), she doesn’t expect to do another long-running show anytime soon.

“I can definitely see myself tapping back into it, no question,” she shared about doing movies or shows but “I want to see what happens when I put full energy and full heart into music and give that a chance that it deserves.”

While we’ll always be a fan of Lennon and Maisy’s catchy covers, we are loving Stella’s solo career. If you haven’t jumped on the Lennon Stella train yet, here are a few of her catchiest hits to obsess over:

Her sister, Maisy, is featured on the singer-songwriters song “Weakness.” And for curious fans, yes indeed the sister act still continues.

“We couldn’t be tighter..She’s literally my best friend. She’s the most supportive. She’s the first person I send every song to, and literally her response to the song determines how I feel about it”, Lennon Stella stated.

Maisy who is living in Nashville just turned 16 and got her license, Stella added. She noted the importance of maintaining some normalcy during those seminal years, having grown up as a teenager on the series: Nashville

“It definitely was a different way to grow up,” she said. “And looking back now, it was definitely more unique than I realized it was at the time, because it was all I knew and I didn’t really think much of it…I was in public school until middle of 10th grade,” she added. “It was very normalized at the time. … I see a lot of my tendencies for sure came from being on that show and full-on working from the time you’re 12.”

Given all this going on, it’s striking how serene Three. Two. One. sounds. Shifting between pop and indie cadences, it’s nice to see the R&B factor pop up in Lennon Stella new music.

How to think like Elon Musk. First Principle thinking