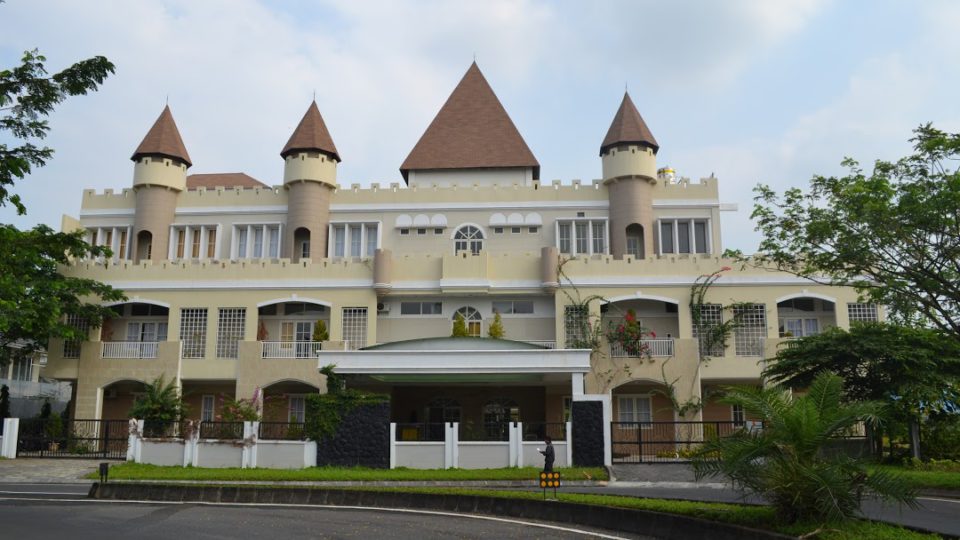 Ivy League institutions are known for their strong academic and social reputation when it pertains to higher education. In the anticipation of entering a strictly selective and well-known college, several candidates want to discover how to get into an Ivy League programme. This category of prestigious schools, apart from providing the best services, is directly linked to representatives of various social spheres.

Former students of the Ivy League usually seek professions including pioneers in entertainment, finance, politics, and other industries. As a result of this trend, enthusiastic applicants from high schools worldwide believe they can improve their likelihood of succeeding in life by joining an Ivy League school. The selection procedure for joining these prestigious schools is so stringent that only a small few make through the final cut.

There are 8 Ivy League Schools – Yale, Princeton, Brown, Columbia, Cornell, Dartmouth, Harvard and The University of Pennsylvania. For, the class of 2021, 281,060 students applied to these universities and less than 10 per cent earned acceptance proposals from them, among which, Harvard has recorded the lowest acceptance rate which is 5 per cent.

You will require excellent grades and test scores if your ambition is to join an Ivy League university. These would be the two key significant reasons for candidates seeking to get into extremely-selective colleges, as per the National Association for College Admission Counselling. Consider taking comprehensive courses to add to your resume. Course rigidity is essential. It provides schools with an indication if pupils can push themselves to flourish. Besides, if they possess other accomplishments that make them stand out from the crowd, pupils who lack scores based on Ivy League norms will not be approved.

You would need to obtain those grades and GPAs to prevent the “no pile” around the Ivies. It is not sufficient to get you into an Ivy League school only to have a higher GPA or excellent performance in the SAT, ACT and other forms of competitive exams. There are super-smart candidates with a strong SAT score who have not entered their dream school yet. You ought to convey that you are not only intelligent but also exceptional. It ends up making the university admissions officials aware of your abilities.

Remember, the pool of applications is so large for all Ivy League universities that weighted GPAs are not really of great importance to the admissions offices. Weighted GPAs serve a significant and valid role in deciding your class ranking, however, when the admission officers evaluate candidates from across the globe, they decide whether or not “A” in AP World History is a true “A” or if it is “B” that was weighted to “A”. Understand that you do not require straight “A” grades to get into the Ivies, each “B” on your transcript will reduce your chances of enrolment.

You significantly improve the likelihood of getting into one of the Ivy League schools by applying this manner. Keep in mind, you can only pertain to early decisions to just one college, so choose responsibly. Ensure you enrol ahead of time if you are certain about the college you want. You will have to drop from all the other institutions you have enrolled in, once you are admitted via Early Decision (ED). Another option for pupils is early action (EA). Unlike ED, this technique of application is not obligatory. Business Insider discovered that the level of early action/decision admissions went as enormous as 27.8 per cent for the class of 2021.

Harvard, Princeton and Yale all have a one-stop programme for early action whereas Brown, Columbia, Cornell, Dartmouth, and Penn have early decision programmes. Every one of these programmes enables you to enrol to a single school via an early programme. The early decision has added limitations in that if you are accepted, you are obliged to attend. You must not make early choices if you are not 100% confident that a particular Ivy League university is your main priority. With early action, it is okay to apply early, if there is a possibility that you will change your stance afterwards.

If you’re on goal for enrolment to the Ivies (GPA, SAT/ACT, interview, essays, extracurricular activities), applying ahead of schedule is the greatest weapon you have to considerably improve your chances. You are four times extra prone to getting into Harvard by trying to apply early than trying to apply with the usual pool of applicants, as per the early and regular acceptance rates for the Ivy League universities.

If you are applying to an Ivy League school with a Common Application, you will have five preferences for your essay. Researching your Common Application paper choices is a fantastic strategy and acknowledge that your essay is highly significant. A paper filled with inaccuracies or dwelling on an insignificant or pretentious subject could throw your application in the pile of rejection.

Simultaneously, remember that there is no need for your paper to reflect on anything exceptional. To have an important subject for your essay, you don’t require to have fixed climate change or rescued a bus full of second graders. More crucial than what you write about is that you emphasize on something meaningful to you and that your essay is straightforward and self-reflective. Your essay should suggest what you are engaged in, what your aspirations and inclinations are.

Write about something that is not a component of the application, make things brief, and be your authentic self. Admissions committees have read untold numbers of personal essays; unforgettable essays are those that make you smile, feel empathy, or amuse when you read.

Put efforts in your supplemental essay

In addition to the original Common Application paper, all Ivy League institutions mandate school-specific supplemental essays. Do not disregard the significance of such essays. For one, even more than the common essay, these supplementary essays display why you are keen about a particular institution in the Ivy League.

For instance, the admissions committees at Yale are not only looking for smart candidates. They are searching for strong candidates who are sincerely excited about Yale and want to join Yale for unique factors. You have not addressed the challenge successfully if your supplementary essay answers are common and could be used for different colleges. Do your study and be precise. One of the strongest instruments to show your enthusiasm in a particular institution is the supplementary essays.

Dozens of tasks could qualify as after-school activities. But, the truth is that any of these can help your university application stand out if you have displayed strong desire and intensity in that activity. It is important to note that any endeavour will become genuinely inspiring when pursued with enough enthusiasm and dedication. Presume about extracurricular concerning depth rather than breadth.

Envisage, for instance, that a pupil who enters school, plays through the first year, attempts to enter the yearbook the next year, decides to join the tennis club in the third year, and then afterwards end up spending his senior year as part of the Academic All-Stars. Rather than looking like an excellent student with multiple capabilities, he is going to appear like a dabbler without a clear pitch of knowledge and experience or a definite ambition. Although the candidate has sufficient knowledge of different activities, if he is attempting to get into an Ivy League university, they do not help in making for a winning combo.

Alternatively, take into account the candidate, who is a part of the symphony band of the school who performed in the pep band, concert band, and marching band consistently for four years in high school. This pupil reinforces the idea that she enjoys playing her symphonic instrument. Consequently, college admissions officials will assume that the campus community will share that degree of enthusiasm and dedication.

Have a well-thought high school curriculum

The most significant element in your Ivy League applications is your high school record. Students usually ought to take the most challenging classes possible to persuade the admissions officers that they are prepared to take a broad assortment of university subjects.

Let’s assume you have to pick either Business Statistics or AP Calculus. Go for the second option. If the Calculus AB is better than the Calculus BC, go for the more interesting one. Choose subjects which you are more likely to excel in. To keep a practical outlook on the academic frontier is also prudent. In your junior year, the Ivy League Schools would not ask you to handle seven AP courses, so do not stress it.

Pushing hard to do too much might end up backfiring causing you to burn out or worse, get poor scores. The key academic aspects must be your priority: language, science, math, and English. In these fields, make sure to succeed for a better chance of landing a place in the Ivy League schools. Even though courses such as AP Music Theory, AP Statistics, and AP Psychology are acceptable if they are offered by your institution, these subjects do not hold the same impact as core courses such as AP Biology and AP Literature.

Be prepared to be questioned by the alumnus of an Ivy League Schools for the institution you apply in. While this interview is not a very crucial element of your application, it influences approving or rejecting you at the institution you want. Stumbling to reply to questions concerning your desire and ambitions, for example, as well as your motives for joining, will harm your college application. When answering questions, please be smart and respectful.

Interviews in the Ivy League colleges are usually comfortable exchanges in which the interviewer attempts to get to know you better. Nevertheless, a little planning is essential. Be prepared with the most frequently asked questions for the interview, and practice soft skills to prevent common errors.

Facts out of your reach for getting into the Ivies

There are several facets of the application process that you can use to your advantage if you begin early and plan accordingly. If these variables work in your favour, great, and if they are not, do not worry, most approved students do not have these benefits. It is a legacy status first. It will benefit if you have a family member who attended the Ivy League school you are applying for. For a few factors, colleges seem to like legacies: they would be acquainted with the school and are likely to consider an admission offer (this benefit with the return of the university); family loyalty may also be an essential aspect when it comes to contributions from alumni.

Another factor outside your influence is how you integrate into the attempts of the organisation to register a flexible system. A candidate from Bangladesh, for example, would have a competitive advantage over a Connecticut candidate. A successful applicant from an under-represented field will have an advantage over a candidate from a similarly strong majority community. But many competitive educational institutions work under the assumption that when learners come from diverse philosophical, ethnic, regional, and religious groups, undergrad experience is greatly enhanced.

Casino Payment Methods That You Need to Know

Shweta is a freelance content writer and an aspiring digital marketer. She loves reading and writing about various domains such as marketing, travel, beauty and lifestyle. Her outgoing personality is always keen to learn about different cultures, travel the world and meet new people.

How Online Education is helping the Students’ life in this covid 19 lockdown?