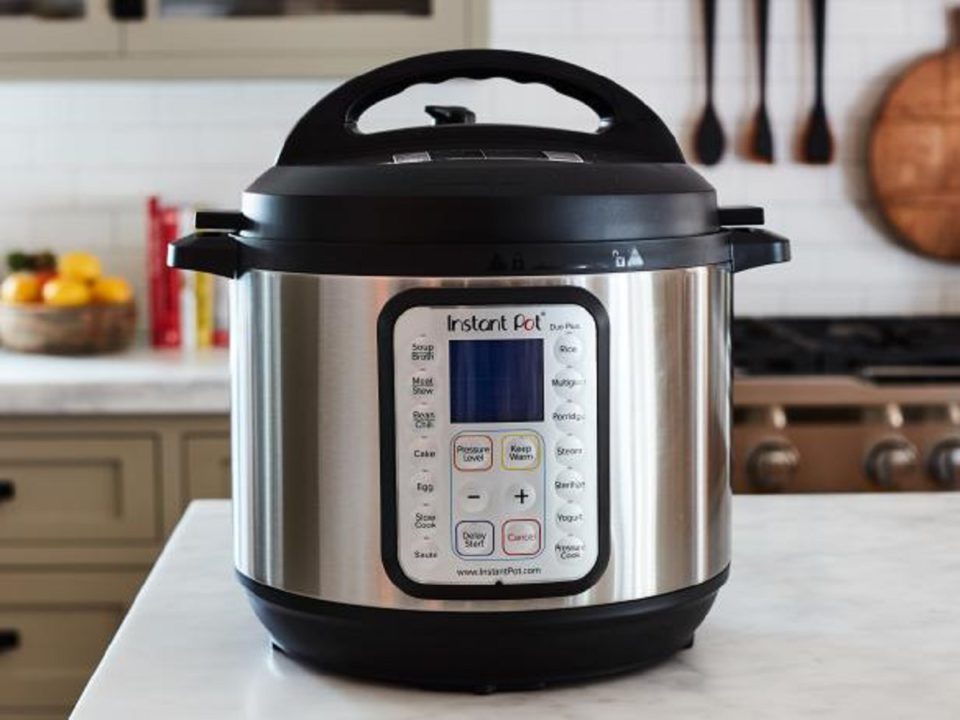 It’s rare to hear several people raving about kitchen equipment, but since instant pots were released into the marketplace, people all around the globe have fallen head over heels with them. These easy to use, inexpensive kitchen appliances can help you take your cooking to the next level, without having to put too much effort in. Since 2015, over eight million Americans have spent their hard earned money on an instant pot, and according to recent studies, over 90% of them are happy with their purchase. When Amazon first started selling instant pots, they almost immediately became a bestseller.

So, what’s all the fuss about? Are these devices worth the money, and why are so many people obsessed with them? Let’s take a closer look at these digital pressure cookers!

You Can Save a Small Fortune with an Instant Pot

An instant pot is a multifunctional cooker with lots of different functions and features. If you were to buy a rice cooker, a slow cooker, a pressure cooker, a device for steaming, etc. you will find yourself spending a lot of cash. Until now, there were very few affordable cookers available that allow you to do all of these things, but an instant pot can. You can even use the all in one appliance for making homemade yogurt. Because the steam is so powerful, some people use it to sanitize their baby’s bottles.

Nobody likes paying utility bills, but you might be pleasantly surprised that an instant pot consumes very little energy, especially in comparison to other appliances on the market. In fact, instant pots are one of the greenest kitchen devices out there, and manufacturers claim that users can save up to seventy percent on electricity. Stoves, ovens, and steamers are not known as green kitchen appliances, so to help save the planet and cut down on utility bills, an instant pot might prove to be a fantastic investment.

They are Safer than Other Appliances

Nobody likes investing in appliances that can cause safety issues in their home. You might be wary of adding an instant pot to your kitchen because pressure cookers have a lot of safety issues. Unlike a traditional pressure cooker, an instant pot has plenty of safety features to ensure the user’s safety. It has sensors built into the device, so it knows when the lid is firmly connected. It won’t release pressure unless the lid is firmly on. These safety mechanisms make it safe for almost everybody to use. It also has a safety valve that will indicate when it is safe to open the lid, and when it’s not.

However, just because it has all these modern features, doesn’t mean you shouldn’t handle the pot with care. The main thing you will need to watch out for is how to release the pressure inside the pot. There are two different methods that you can do to release the pressure. The first is a quick release. This releases the steam built up in the pot in a couple of minutes. Instead of using your bare hands to move the nozzle, it’s probably best if you use a kitchen tool to avoid getting burnt. Tongs should do the trick. The other option is the natural release, which gradually lets the steam escape from the device.

You don’t have to go out to your local bookstore to find recipes for your trusty instant pot. There are hundreds of groups on social media platforms (one instant pot group on Facebook has over a million members), lots of different forums, and websites publishing details about the different ingredients you can cook with an instant pot. If you haven’t yet purchased an instant pot, these groups are a great way to get an insight into the different models and brands available.

You will be able to find out how to make a great tasting stew, vegetarian dishes, portions of pasta, rice, and even Instant Pot shrimp alfredo. People are constantly uploading images, videos, and content about the different ingredients they have cooked with their instant pots, so you will never run out of new things to cook.

Great for Those Who Don’t Cook

Not everyone likes to spend time in the kitchen cooking. Many of those who are reluctant to cook, find it hard to get their heads around some of the appliances in the kitchen. Because they have a negative attitude towards cooking, they rarely spend time figuring out how they work. However, operating an instant pot is child’s play. Just drop the ingredients in, click on a few buttons, and your tasty meal will be ready in a matter of minutes. It couldn’t be any easier, plus, unlike a microwave, the food made in an instant pot can taste similar to a meal you have been cooking for hours on a stove. Unlike other kitchen appliances, an instant pot is not intimidating, even to those who feel cooking is not for them. If you have just bought an instant pot and you want to start cooking with it, follow these simple steps:

It can Save you Time

Time isn’t always on our side, especially in today’s modern society. Trying to make free time to cook healthy meals might seem impossible some days, especially if you are using a stove or an oven. Instant pots can help you reduce the amount of time you spend cooking. Not only that, but they can help you produce finger-licking food in a short space of time. Nobody likes to rush meals because it can affect the taste. Plus, most meals that we make quickly aren’t always the healthiest. But an instant pot is great for cooking ingredients like vegetables, rice, oatmeal, and other healthy foods. Throw the ingredients into the pot, carry on with your chores, and once you hear that magical beeping noise, your meal will be ready.

Although it can help you save energy, it can also help you save on wastage. You can keep your leftovers inside the instant pot, and eat them at a later stage. If you come home from work at lunchtime, and you don’t have enough time to make a healthy snack, why not use some of the fresh food you cooked in your instant pot the night before? For those who are focused on maintaining a healthy diet, an instant pot might prove to be a big game-changer. You will have time to concentrate on your workout routine, while you instant pot cooks your healthy meals!

5 Small Business Improvements You Can Make

Things Singles Can Do on Valentine’s Day