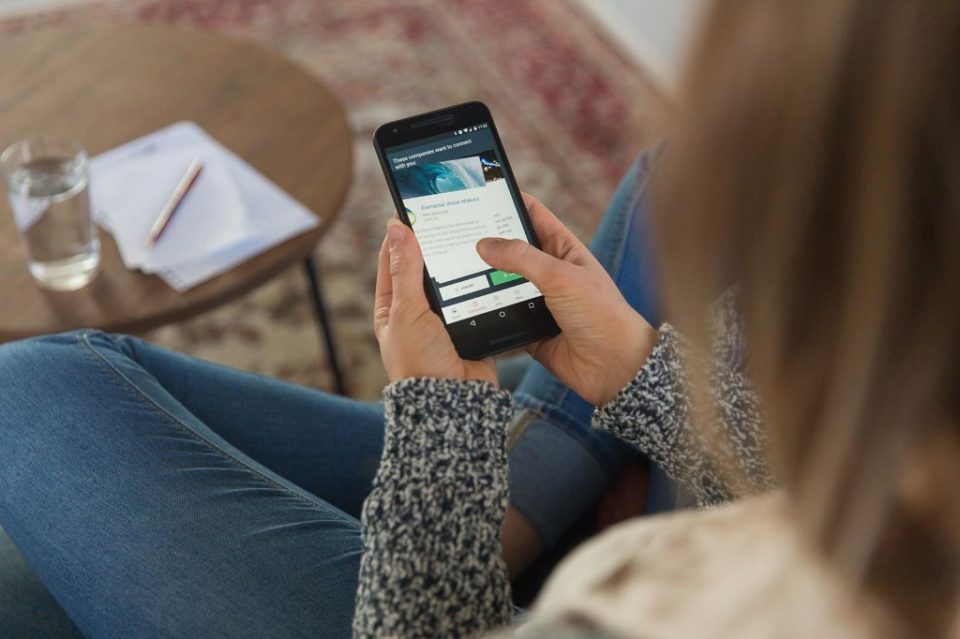 Mobile technology has revolutionized our lives, making work possible on the go, keeping us entertained wherever we are and in constant communication with friends and loved ones. Smartphones have also made life much more convenient – negating the need to carry not only contact information such as business cards, but credit and debit cards too. Smartphones are ubiquitous in almost every part of the world, and very much so in Canada where almost 90% of citizens own a high-end mobile device, and more than 25% of those report using their phone for two or more hours per day. So, are smartphone trends any different in Canada than they are elsewhere in the world? Let’s take a closer look at how Canadians use their smartphones.

The one thing we’ve stopped using our phones for is making phone calls. Instead, most of us prefer to communicate via messaging services. Of course, SMS is still widely used, but with the ubiquity of mobile data on both contract and pay as you go, and wifi available just about everywhere, many of us prefer to use messenger services, most of which feature voice messages, photo and video capabilities. WhatsApp may be the world’s most popular messaging app with 1.3 billion users, but Canadians prefer to use Facebook Messenger and Telegram – the latter an end-to-end fully encrypted service. Messenger services have usurped traditional telephone usage, across Canada, and the rest of the world.

Studies show that approximately 65% of Canadians use some form of social media. This is set to rise to 80% by 2025. Facebook is far and away the most popular social media platform across the country, with over 50% market share. Pinterest is the next most popular, followed by Twitter and to a much lesser extent YouTube and Instagram. This doesn’t reflect the global statistics, however – YouTube and Instagram enjoy a much larger share of the worldwide market, although Facebook is the most popular by some margin. Canadians love social media as much as the rest of the world – it’s one of the top activities that they use their smartphones for.

In the last five years mobile has become a legitimate and respected platform for gaming, with countless console titles migrating across, and thousands of specifically designed games for tablets and smartphones. The fact that we can now enjoy cutting edge graphics and immersive gameplay on our mobiles means a whole new demographic has been drawn into gaming. Canada’s tastes do reflect the global gaming landscape – the most popular mobile games include League of Legends, Call of Duty, Fortnite, GTA 5 and Minecraft. Canadians also love to play casino games, flocking to the card tables, roulette wheels and slot machines on offer. And anyone wanting to find an online casino in Canada will be spoiled for choice.

Before leaving the house I used to think “phone, keys, wallet!” – usually digging through a load of stuff before I found the three. Smartphone technology means that we can leave our wallets at home, with all our debit and credit cards saved as secure, contactless payment methods. Apple Pay, Google Pay and Samsung Pay are all widely used in Canada – and as most smartphones use fingerprint or facial recognition technology – are more secure than carrying a physical card – particularly a contactless one. All three payment methods can be used when shopping online as well, making them a one-stop-shop for your debit and credit card needs.

As well as contactless payment methods migrating to mobile, so too is regular banking. Royal Bank of Canada, Toronto-Dominion Bank, Bank of Nova Scotia and all other big Canadian banks have dedicated apps for mobile users to pay bills, check balances, take out loans or manage overdrafts. Canadians find this useful to keep track of their money as well – being aware of what you’re spending and when helps to better manage cash flow and avoid overspending. 24-hour access to the bank, including the support service, and strengthened security are further reasons to download and use banking apps.

Although we have a nostalgic attachment to newspapers and magazines, the reality is that staying abreast of current events and reading up on other subjects is so much easier on a smartphone. It means you can carry whatever publications you subscribe to around in your pocket, and get immersed in any of them whenever you have a free moment. Data shows that 45 percent of Gen Z readers in Canada read digital magazine content on a smartphone, along with 40 percent of Generation Y adults. The Globe and Mail, Toronto Star, Financial Post and tabloid Toronto Sun are all available digitally, as well as pretty much every major magazine from around the globe.

Smartphone users in Canada are just as reliant on their devices as any other country in the world. From news to games, to staying in touch with loved ones, smartphones have become a necessity of modern life.

Error 0x0 0x0 Symptoms, Causes and Finding a Right Driver to Fix It