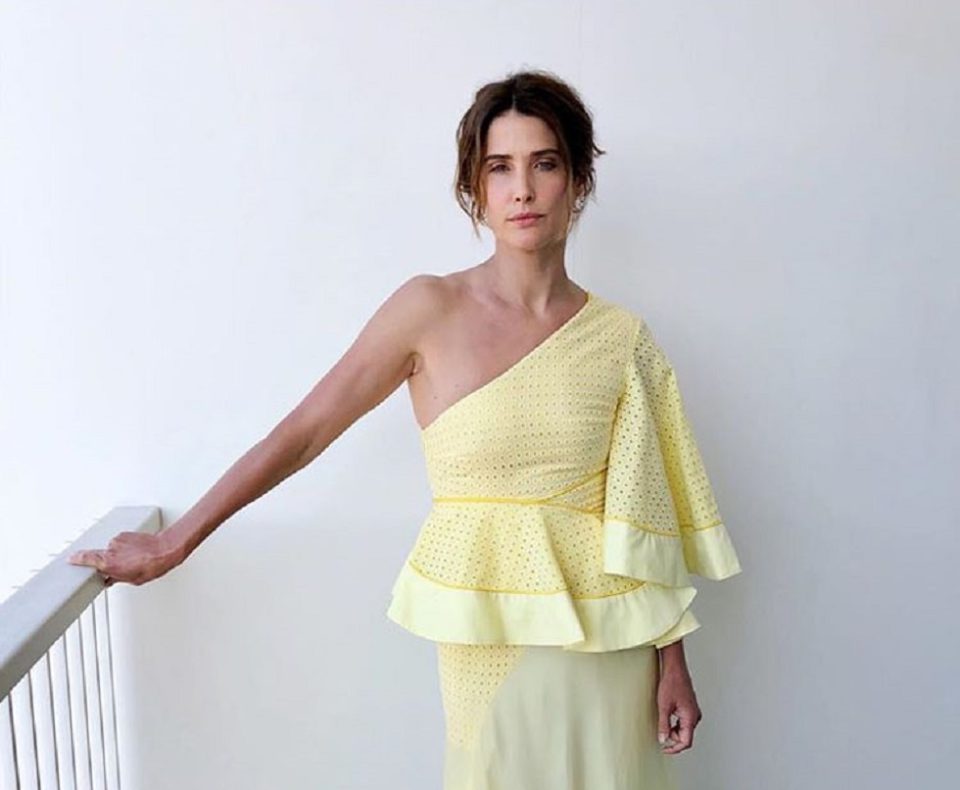 Canadian-born actress Cobie Smulders is one of the most talented actresses in Hollywood. She went from playing Robin in How I Met Your Mother as a best sit-com actress to a bonafide film star in Avengers! The beautiful starlet has graced us with her beautiful name but Cobie” isn’t even her real name.

That and more information lies below, so scroll down to see these 10 unknown facts about Cobie Smulders:

Cobie Smulders was inspired to become either a marine biologist or a doctor. Both career paths lead towards the science of biology but lead far away from being an actress! We think she picked the right career in the end.

3. She comes from a big family:

Cobie Smulders has seven siblings, four brothers, and three sisters. One of her sisters played for Holland women’s basketball team.

Cobie Smulders’s first on screen movie job was a minuscule role in 2004’s Walking Tall when she appeared as eye candy in a role credited as “Exotic Beauty.”

The Canadian actress also used to be a model and spent five years traveling around Europe as part of the job, which she hated! Colbie spoke about this further by saying that the whole thing made her hesitant about pursuing an acting career.

Later on, she stuck to her dreams and spent a summer studying the works of Shakespeare in London.

The actress even went to a workshop on the poet and playwright in 2007, when she was already a star in her role as Robin Scherbatsky in How I Met Your Mother. She’s dedicated!

The actress who played a secret Canadian pop star is really from Canada, and she is also fluent in French in real life.

Her character Robin Scherbatsky was also from Canada, with that always being the original plan for the show. While Robin was always intended to be from Canada, Vancouver itself was not always the original destination of choice for her. The first plans were going to have Robin be from Toronto, but the slight tweak was made simply because Cobie herself was from Vancouver. While it wasn’t a big change for the show, it did make things easier for Cobie Smulders on a personal level.

6. Speaking of Robin, she almost didn’t get the part:

When people think of Robin on How I Met Your Mother, they instantly think of Cobie Smulders, who played the part throughout the series. But did you know? She wasn’t actually the first choice to take the role when the casting was taking place for Robin.

Actress Jennifer Love Hewitt was given the role as the preferred choice originally. However, Hewitt opted to turn down the part and according to E! News. Jennifer wanted to do The Ghost Whisperer instead of the hit sitcom. This left the role empty and Smulders was brought in, a decision which turned out to be for the best.

Cobie Smulders was sadly diagnosed with ovarian cancer in 2008, when she was just 25-years-old. Even though she hit the battle until after the show had finished filming, she did fight the disease during the show’s run. She wanted to spread awareness by revealing her story, and thankfully she was able to defeat it and has been cancer-free for several years now.

8. Getting the role on Avengers:

Cobie Smulders was recommended for the part of ‘Maria Hill’ in The Avengers by Alyson Hannigan- her How I Met Your Mother co-star.

Alyson Hannigan is friends with Joss Whedon (The 2012 Avengers and The Age of Ultron director) as they worked together on Buffy the Vampire Slayer.

Turns out she was the perfect cast for Avengers because Cobie Smulders loves comic books!

One of Robin Scherbatsky’s strange hobbies is that she loves to shoot. It is something that she does frequently throughout the show, even having a necklace with a handgun shaped pendant. However, that love for guns doesn’t spread as far as the actress who played her. Cobie actually hates guns in real life, mainly because she is so afraid of them.

This just goes to show you how good of an actress she is as Robin had to love it while Cobie had such a strong dislike for them, as she had to get used to using them in firing range scenes.

10. Cobie Smulders got pregnant on HIMYM:

Both Cobie Smulders and Alyson Hannigan were pregnant in real life, which led to some issues while filming due to them not mirroring the same on the show. In the end, increasingly larger handbags were used, so if you’ve noticed Robin suddenly having lots of bags in season five, that’s the real reason why!

17 Most Expensive Cars in the World

The 50 Most Popular Women As per Google Search Volume