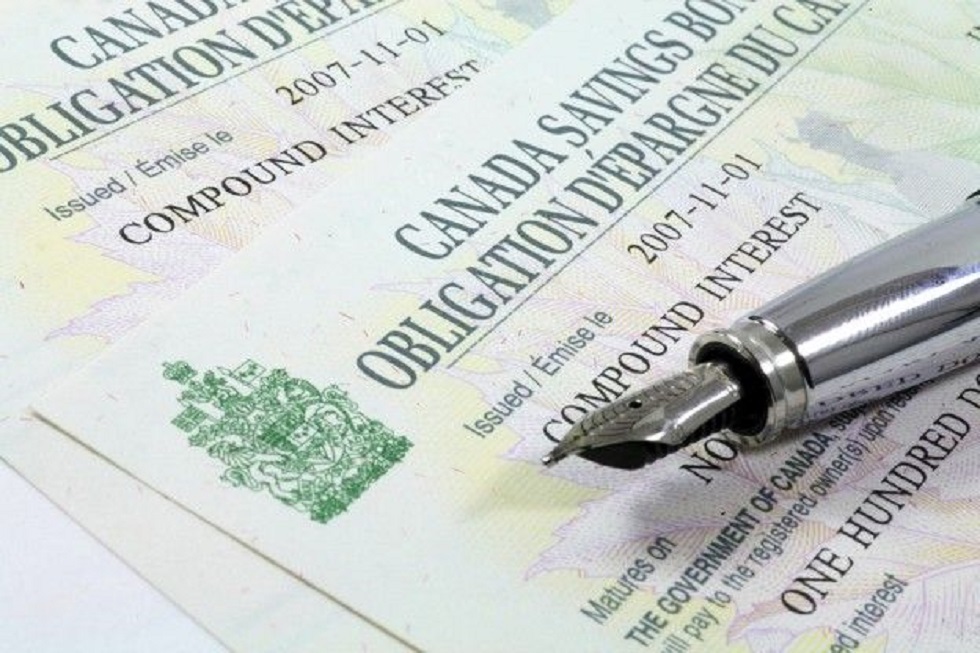 What are the Canada Savings Bonds?

Canada Savings Bonds were a financial product issued by the Canadian government between 1945 and 2017. These bonds were sold between early October and December every year. Canada Savings Bonds gave a very competitive interest rate, and a minimum rate was guaranteed as well.

Canada Savings Bonds came with both regular and interest features. They were also redeemable at any time. They were available in denominations of $100, $300, $500, $1,000, $5,000, and $10,000 (By comparison: A regular interest bond’s denominations start at $300). The interest rate was guaranteed for one year and would then fluctuate with market conditions for the remaining nine years until its maturity.

The bonds produced small but steady returns of between two and 4 percent a year for the primary decade approximately . Returns continued to grow in the 1960s and 1970s before they reached their peak during the inflationary days of the 1980s (everything was bigger in the 80s afterall).

These bonds were usually purchased at a financial organization. When internet was introduced all over Canada, they could also be purchased by visiting the Canada Savings Bonds website. Certificates were then mailed to the investor after the purchase was made.

The Canada Savings Bonds were introduced as a way to help Canadian manage their debt. They provided a stable, low-risk investment option for all Canadians.

What is the difference between Canada Savings Bonds and Canada Premium Bonds?

Canada Premium Bonds also came with both regular and interest features. However, they differed from Canada Savings Bonds in the aspect that they were only redeemable on the anniversary of the issue date within 30 days of that date. Canada Premium Bonds were available in the denominations of $100, $300, $500, $1,000, $5,000, and $10,000.

History of the Canada Savings Bond

Canada initially started selling interest-bearing war bonds in 1915 to help in financing the military efforts of the Allied armies during the First World War. Initially dubbed war bonds, they went on to be referred as Victory Bonds after two years. Around the same time, the United States of America also began selling Liberty Bonds to fund its own war efforts.

One year after the end of the Second World War, the Canadian government began selling securities that were almost like the successful Victory Bonds. These bonds that started their sale in 1947 were called Canada Savings Bonds.

Since their launch, Canada Savings Bonds were the first taste of investing for most Canadians. The bonds were especially popular as a payroll deduction. Their predictability and low risk made them an honest start line for inexperienced or cautious investors. As they grew in popularity, the bonds represented a big portion of the investment portfolio for several Canadian residents.

In 2004, consultants from KPMG gave the Department of Finance a report suggesting that the Canada government bond program should be scrapped. The consultants came to the conclusion that the Canadian Government could save $650 million over 9 years if the program was scrapped. And with record budget surpluses recorded by the government since 1997, the importance of Canada Savings Bonds in financing the government had waned considerably. The finance minister at that time, Ralph Goodale rejected the recommendation. Goodale instead implemented some tweaks to the program in an effort to make it more competitive and appealing to investors. One of the tweaks introduced within the fall of 2012 reduced the term of all new bonds to just 3 years.

A few years later, though, government studies revealed that the escalating costs of the program rendered the program very fiscally impractical. Much to the chagrin of the Government, the value of bonds issued had dropped significantly. The Canadian government now viewed them as less attractive and not as financially profitable as other funding and debt management options.

The sale of Canada Savings Bonds was discontinued in November 2017. The Government cited declining sales and rising administrative costs as the reason for it.

The redemption of Canada Savings Bonds

Since the year 2017, Canada Savings Bonds have not been available for purchase. It doesn’t mean that all existing funds have become null and void. All existing funds (principal and interest) are safe, guaranteed and can be honored.

Each bond series in your plan will still earn interest until redemption or maturity, whichever comes first. Once a certificated Canada Savings Bond matures, it should be redeemed by presenting the certificate at any financial institution in Canada.

The Canadian treasury can reissue un-matured bonds in case of loss, misplacement, damage or theft of the bonds. However, it will merely redeem any such bonds that have already reached maturity for payment instead of reissuing them. Prior to redemption, bond owners need to validate their address and banking information.

One option is to invest your funds into a managed portfolio. A managed portfolio is an investment portfolio that is owned by an individual investor but managed by a professional money manager. In the case of mutual and exchange-traded funds (ETFs), portfolio management can be either passive or active. Passive management simply tracks a market index, commonly mentioned as indexing or index investing. Active management involves multiple managers actively managing a fund’s portfolio through research based investment decisions taken to beat the market’s turn. Deferred Profit Sharing Plans (DPSP) are also good. Another alternative worth considering is opening a savings account. It is very easy to do. All you need to have is an identification proof and of course, your money. Most financial institutions would require an initial deposit of about $100. However, certain financial institutions that have no minimum limits will allow you to open a savings investment account with as little as $1.

The Many Different Languages Spoken in Canada