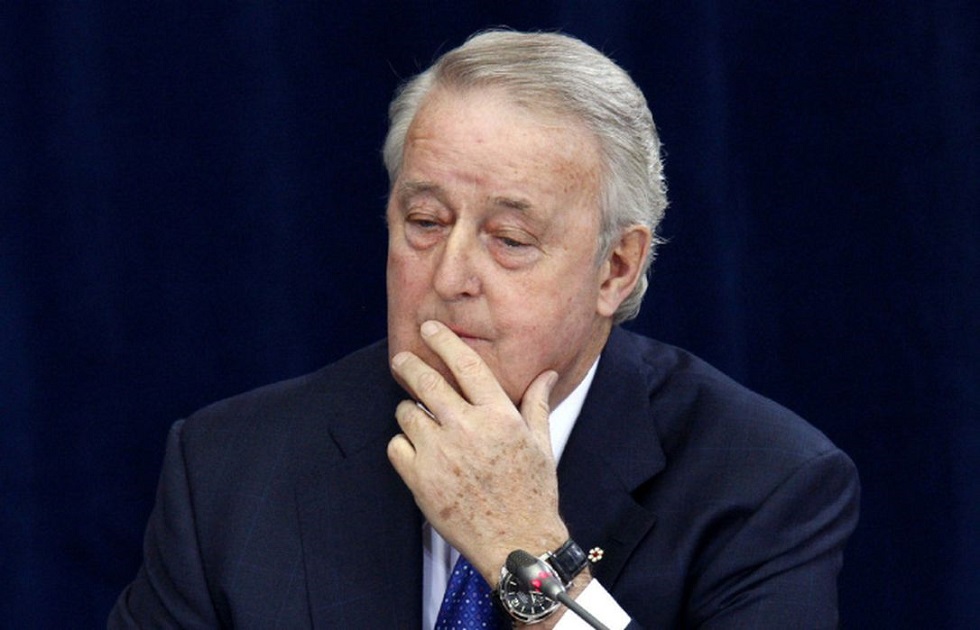 What were some of the initiatives of the Brian Mulroney Government?

In an important attempt to include Quebec in Canada’s amended constitution, Prime Minister Mulroney was the architect of the Meech Lake Accord. The people of Quebec speak French as their first language and had harbored separatist sentiments for some time.

Where was Brian Mulroney born?

Brian Mulroney was born in Baie-Comeau, Quebec in 1939, one of six children. Benedict Mulroney, his father, worked as an electrician for the Quebec North Shore Paper Company.

Where did Brian Mulroney study?

Who is Brian Mulroney married to?

How many children does Brian Mulroney have?

Where does Brian Mulroney live?

Brian Mulroney resides with his family in Montreal, Quebec.

What did Brian Mulroney do before entering politics?

He practised law in Montreal and served as President of the Iron Ore Company of Canada.

How did Brian Mulroney enter politics?

Brian Mulroney entered politics by becoming the Conservative Party Leader in 1983 and Leader of the Official Opposition in the House of Commons, to which he was first elected in 1983 and re-elected in 1984 and 1988.

What has Brian Mulroney done after finishing his term as the Prime Minister?

He is Chairman of the Board of Directors of Quebecor inc. (Montreal), and serves as a director of The Blackstone Group L.P. (New York) and Acreage Holdings Inc. (New York).

He also serves as Chairman of the International Advisory Board of Barrick Gold Corporation (Toronto).

Brian Mulroney is also a Trustee of the Montreal Heart Institute Foundation and the International Advisory Board of HEC Montréal.

What are the honours received by Bill Mulroney?

Brian Mulroney has been awarded Canada’s highest honour, Companion of the Order of Canada, and the highest honor of the Government of Quebec, Grand officier de l’Ordre national du Québec.  He has received the Woodrow Wilson Award for Public Service and the Christian A. Herter Memorial Award for his contribution to “better international understanding.” He received the George Bush Award for Excellence in Public Service.  He also was honored to receive the James A. Baker III Prize for Excellence in Leadership.

Brian Mulroney was presented with the Global Citizen Award by the United Nations Association in Canada (2001).

Brian Mulroney was invited to deliver a eulogy at the funeral of President Ronald Reagan at the National Cathedral in Washington (2004) and one for President George H.W. Bush in the same venue (2018) becoming the first non-American in history to receive such an honor.

Brian Mulroney was also invited to deliver a eulogy at the funeral of First Lady Nancy Reagan at the Reagan Presidential Library, Simi Valley, California (2016).

Prime Minister Mulroney was also one of only two Prime Ministers in Canadian history who have been invited to address a Joint Session of the United States Congress (1988).

On January 30, 2018, pursuant to a bipartisan invitation received from the Committee Chairman and Ranking Member, Brian Mulroney became the first former prime minister to appear before the Committee on Foreign Relations of the United States Senate for a major presentation on NAFTA and international trade.

He has also received the highest recognition from the following governments for his leadership in vital matters affecting their nations:

Brian Mulroney also has received honorary degrees and awards from universities and other Institutes at home and abroad.

In 2018, Brian Mulroney was inducted into the Canadian Disability Hall of Fame for his “extraordinary contribution to enriching the quality of life for Canadians with physical disabilities.”

In 2019, Brian Mulroney was awarded the Canadian Club of Toronto Lifetime Achievement Award for his “visionary leadership and high achievements” for Canada.

In 2012, Brian Mulroney was elected to the Horatio Alger Association of America and was subsequently elected to its Board of Directors and has become Vice President of the Board for the Canadian Association.

In 2012, he was also honored by his hometown by becoming the first person admitted to the Ordre de Baie-Comeau.

In 1989, Prime Minister Bill Mulroney received the International Environment Bureau Award for “Outstanding and responsible leadership on both global and national environmental policies and issues.” In 2006, a panel of Canada’s leading environmental groups determined that Brian Mulroney was “The Greenest Prime Minister in history.”

In the year 2000, the North American Studies Institute of the McGill University deemed Prime Minister Mulroney’s economic record as the best of any Canadian Prime Minister since the Second World War. In 2003, the Institute for Research on Public Policy placed Brian Mulroney second on its list of the best prime ministers over the last 50 years.

Brian Mulroney was also selected as the “most admired former Prime Minister of Canada” in a 2009 survey conducted by the Capitol Hill Times.

In September 2019, St. Francis Xavier University in Nova Scotia inaugurated the Brian Mulroney Institute of Government, a one hundred million dollar initiative designed to provide undergraduates, sustained by a large scholarship program, with degrees in public policy and government.

In October 2019, Global Canada and the Canadian International Council presented Prime Minister Brian Mulroney with the Global Leadership Award, recognizing him as “the Canadian political leader with the greatest international impact in the last 50 years.”

Prime Minister Brian Mulroney’s autobiography, Memoirs, went on to become Canada’s top selling book in the year 2007. In its review for the book, a leading newspaper from Canada’s capital, Ottawa Citizen called the book “the finest and most comprehensive memoir of any Prime Minister in Canadian history.”

Canada Savings Bonds – All You Need to Know

15 Best Things to See and Do in Canada