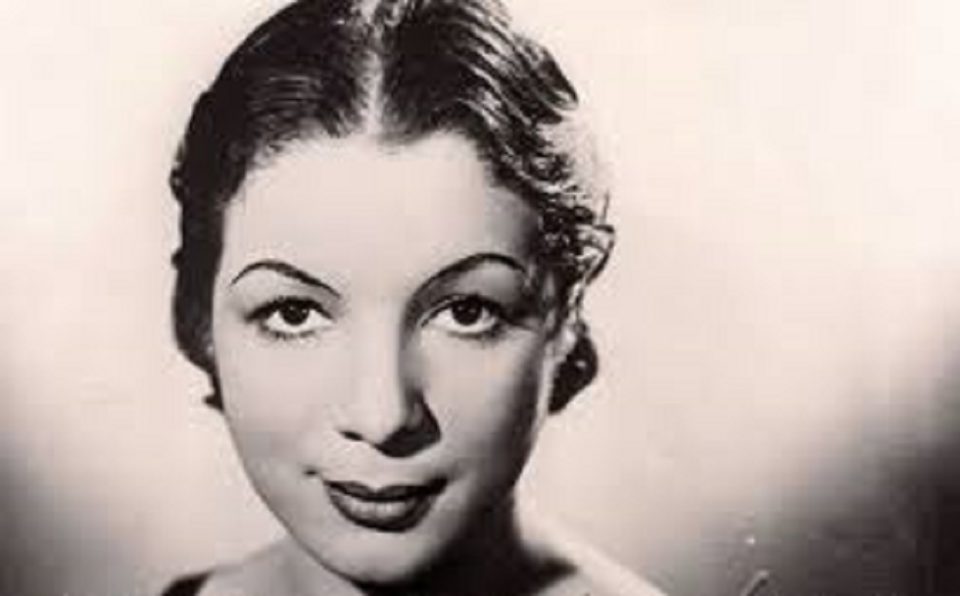 From her career in music and television to her upbringing, here’s everything you need to know about the singer Evelyn Dove who broke cultural barriers by being a trailblazer for women of color in the entertainment industry. She rose to fame during the 1930s and life was not as we know it today.

Evelyn Dove was a trailblazer

Notice the lady in the center, flanked by dancers on either side, that is Evelyn Dove photographed in the 1930s. She was a Black British cabaret and jazz singer, and would go on to travel the world backed by her incredible talents.

Upon joining the SSO (Southern Syncopated Orchestra) group, a band made up of British West Indian, West African and American musicians, she was introducing and popularising black music around the UK.

Dove’s career reached its heights between 1939 and 1949 when she had a regular role on BBC Radio, performing Serenade in Sepia, a series so popular it later became a TV show!

Evelyn Dove was once remembered with a Google Doodle

Soon Google celebrated her life with a Doodle on January 11, 2019, on what would have been her 117th birthday.

Evelyn Dove graduated and got married at the same time

She studied at the Royal Academy of Music between 1917 and 1919. Her graduation year was the cause for double celebration as she married her then husband Milton Alphonso Luke at the same time.

The singer would go on to later marry two more times, to Felix Allen and then to William Newton Brantley, whom she stayed with until her death.

Evelyn Dove was born in London on 11 January 1902. She was the daughter of Francis Dove, a leading barrister from Sierra Leone in Africa and his British wife, Augusta Winchester.

Francis Dove (her father)  was the son of William Dove, who had made a fortune from trading out of Freetown, Sierra Leone, Africa.

The couple had two children of which Evelyn was the youngest with her older brother Frank later going on to study at Oxford before fighting for Britain in World War One. During his time in the armed forces, Frank was awarded the Military Medal.

Evelyn Dove was a young talent

Starting young, Dove showed exceptional promise as a musician, with her talent at both singing and the piano shining through. She began studying at the Royal Academy of Music at the age of 15, graduating with a silver medal two years later.

As a 15 year old, Evelyn Dove studied singing, piano, and elocution at the Royal Academy of Music. When she graduated in 1919, she was awarded a silver medal at the age of 17. She initially dreamt about a career on the concert platform but the worlds of jazz and cabaret were more welcoming.

Despite her powerful contralto voice, Dove struggled to break into the classical music scene as a woman of mixed race, instead focusing on the cabaret and jazz scene.

In the early 1920s, the all-Black jazz revues that were popular in America were being recreated in Europe. Therefore, SSO voyaged across the UK to perform and Evelyn Dove became a member of the Southern Syncopated Orchestra (SSO). This group was made up of British West Indian and West African musicians and played a key role in making black music popular in Britain.

The orchestra, which was successful enough to be invited to perform at Buckingham Palace, met tragedy in October 1921 when the ship they were sailing on from Glasgow to Dublin collided with another vessel and left 35 passengers dead. The ship eventually sank off the west coast of Scotland.

Although Dove escaped with her life, several members of the SSO were among 35 people who died when the ship sank.

Evelyn Dove’s life with the SSO led to many things

As we know, Evelyn Dove survived the tragic ship wreckage of 1921, when she was a part of an orchestral group called the SSO. The members who survived continued to perform and tour western Europe for a year.  However, Evelyn hit it big when she was invited to join the cast of the Chocolate Kiddies, a group based in the US who were on a tour of Europe when their paths crossed.

Now two of America’s top black entertainers became a team and from there Evelyn Dove’s star rose rapidly and she even performed in front of future Soviet dictator Josef Stalin in the USSR.

Later the singer would go on to replace Josephine Baker as the star attraction in a revue at the Casino de Paris. Evelyn Dove traveled to New York in 1936 to appear in cabaret at the famous nightclub, Connie’s Inn. This rivaled the Cotton Club as a showcase for top Black talent in America.

In 1937 Evelyn’s career took her to Bombay, India, where she performed with great success for white colonials at the Harbour Bar.

The following review of her opening night appeared in the Evening News of India on October 7, 1937: ‘She is an artist of international reputation, one of the leading personalities of Europe’s entertainment world. She is described as the closest rival of the great Josephine Baker herself. Evelyn didn’t get just the big hand. She got an ovation, a roaring welcome.’

Evelyn Dove’s star power continued to soar when she took her own show: Evelyn Dove and Her Plantation Creoles, on tour in November 1926, appearing in Berlin and the Netherlands. This was right after she joined the all-black cast of the revue Chocolate Kiddies in 1925 which brought her to a global audience with tours of western Europe and Russia, where they played in front of Stalin.

In the 1930s she continued to travel the world, performing cabaret in Harlem in 1936 and being photographed in New York by the prestigious photographer Carl Van Vechten.

By the time she reached Bombay in 1937, Evelyn Dove was described in one review as “an artist of international reputation, one of the leading personalities of Europe’s entertainment world”.

In 1987 Evelyn Dove died in Epsom, Surrey, following a bout of pneumonia at the age of 84.

Blazing a trail on the BBC

Evelyn Dove’s greatest professional success was her work with the BBC. She became the first black singer to perform on BBC radio, and her regular appearances, received great acclaim, and helped to open doors for women of colour in the industry.

From 1939 to 1949 she took part in broadcasts of many popular music and variety programs, including Rhapsody in Black (1940) with Elisabeth Welch.

Evelyn Dove enjoyed particular success with her series Serenade in Sepia alongside Trinidadian folk singer Edric Connor. She made over fifty broadcasts with him during Serenade in Sepia (1945 – 1947) and it later spawned a BBC TV version and a variety show devoted to black artists.

This series was so popular with listeners that the BBC produced a television version (titled Variety in Sepia) with Dove and Connor, at the studios at Alexandra Palace.

After leaving the broadcaster in 1949, Evelyn Dove focused on cabaret, travelling across India, France and Spain, but struggled to find work upon her return, even applying for a job as a Post Office telephonist in 1955.

Evelyn Dove had roles in the West End

Much of her life was recorded by Stephen Bourne, who had researched her for the Dictionary of National Biography. Although Dove’s reputation as a singer gradually faded towards the end of her career, she secured some TV work as an actress in a series of BBC dramas in the late 1950s. In 1956 the BBC cast her as Eartha Kitt’s mother in a television drama called Mrs. Patterson. More television work followed.

She even starred in the West End, appearing in Langston Hughes’s musical Simply Heavenly in 1958.

She gained a following in the 90s

Her work was highlighted by journalist and broadcaster Moira Stuart in the early 90s, in part for the way it opened up new opportunities for black women in British entertainment.

As well as performing across the world, Evelyn Dove opened doors for her successors as the first black singer on BBC radio. She was once celebrated with a Google Doodle on what would have been her 117th birthday.

Robinhood: How Does it Make Money?

10 Advantages of Video Marketing for Your Business